Aintree Juveniles will all be playing to Pied Piper’s tune


Yes, seven races to get stuck into today as Aintree kicks off their extraordinary three-day meeting with some top class racing action. We will try to cover as much ground as possible in this column and provide you with all the quick click links to the best Aintree content from the Betting. Betfair website. Let’s get stuck in.

Money Talk continues to highlight the Betfair Sportsbook big-money moves to keep you in the loop. This section highlights market moves between 18:00 to 9:00 am. 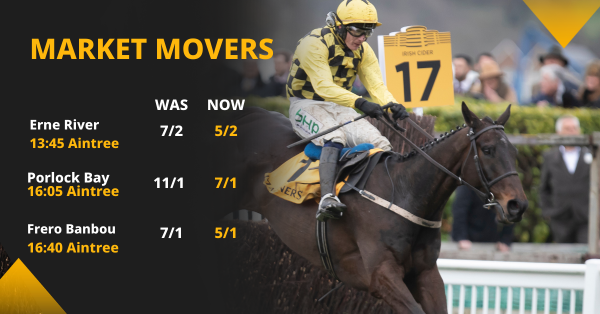 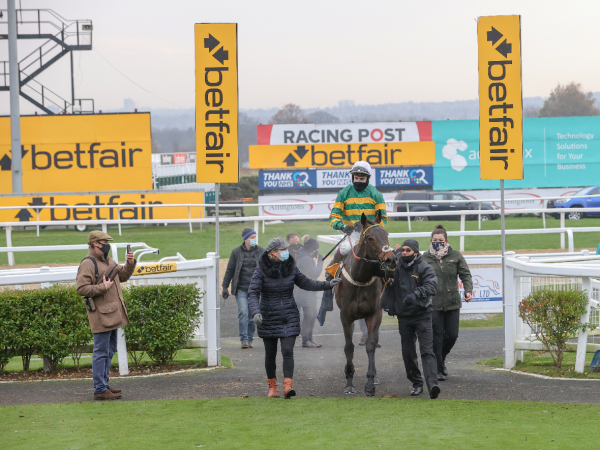 In the opening contest, six-year-olds have won seven of the last eight runnings of this race, and today, there is only one that lines up, Gin On Lime 5.04/1. However, she has a few questions to answer after not being ready for her intended return at Cheltenham.

I advised an each-way bet on Erne River @ 6.511/2 three places for this race earlier in the week, and you can read that here. At his current price of 3.55/2, I am happy with our position, and there is no need to go in again at his morning odds.

Pic D’Orhy has been the market drifter for this contest, with his opening price of 3.55/2 now out to 4.57/2. Betfair Ambassador Paul Nicholls is yet to win this race but nominates this horse as his best chance of the day.

Six of the last nine winners of this contest placed in the top three of the Triumph Hurdle last time out, and the other three winners had skipped Cheltenham altogether. Pied Piper 2.111/10 placed in the top three in the Triumph Hurdle and Petit Tonnerre 11.010/1, Impulsive One 41.040/1, In The Air 41.040/1 and Inca Prince 51.050/1 are the horses that skipped Cheltenham.

Five of the last six winners have been SP favourites. Six of the last nine winners ran in the Gold Cup on their start prior to this race – 3 failed to complete, one ran in the Ryanair Chase, and one skipped Cheltenham.

Plenty of talk about Protektorat 4.57/2 at the head of affairs here, but Royale Pagaille 7.06/1 achieved just as much as the favourite when fourth in the Gold Cup, beaten 1/2 lengths by the Skelton horse.

Conflated 5.59/2ran over the wrong trip in the Ryanair after scoring in the Irish Gold Cup and the step back up in trip looks a big positive if none the worse for his fall. He clocked a very useful closing sectional – faster than Allaho – before coming down at two-out at Cheltenham. He would be my play.

Champion Hurdle pair Epatante (2nd) and Zanahiyr [3rd] both step up in trip and go beyond 2m for the first time in their careers. Epatante 2.47/5 is related to a pair of two and a half-mile chase and hurdle winners, and she was going away from Zanahiyr 2.68/5 up the Cheltenham hill.

Abacadabras and Buveur D’Air both made the successful move up to 2m4f for the first time when winning this race.

Nicky Henderson has won this race three times in the last nine years.

Only one favourite in the last ten years, and that was a back to back repeat winner in 2016. Cousin Pascal 12.011/1 will bid for back to back wins in the race.

Just three of the last nine winners of this race had run at Cheltenham and just one in the last seven years. Of the three, two had run in the Grand Annual, and both placed in the top three. Frero Banbou 6.05/1 fits that bill.

Only one four-year-old has won this in the last nine years.

Only one favourite has won this in the last nine years.

Today we have a four-year-old favourite in Rosy Redrum 4.57/2.

Willie Mullins is just one for 17 in bumpers at Aintree.

This section highlights the best bets from horses that have won twice or more at today’s tracks.

Today’s furthest traveller is trainer Gary Moore with his runner In The Air in the 14:20. Moore has made the 242-mile journey with one runner on the card.

Who are our racing podcast tipsters backing for the Grand National?

Which tip will you be backing? pic.twitter.com/QIAuWQEWk0

We take a closer look at the 15:30 Grade 1 Aintree Hurdle in what is a fascinating contest with both market leaders taking a step up in distance. There looks to be little pace in this contest, so suggesting this will be a test of stamina looks a stretch.

Epatante takes her first steps beyond 2m, but given the way she finished off her race at Cheltenham in the Champion Hurdle, this trip could well be within reach.

She is related to two winners over this trip, and she has an excellent record on flat tracks with form figures of 12111, so if she is going to get it, it will be here.

Aidan Coleman will likely have to sit and pounce late, but the lack of pace in the race and the configuration of this track should see her tactics to good effect.

Zanahiyr also makes the step up in trip, and he has shaped as though it could bring out further improvement. The niggling doubt is that Epatante was going away from him at the finish in the Champion Hurdle, and she did make a mistake at the final flight. The mare may just be the better horse, even at this distance.

The season hasn’t gone to plan for Monmiral, but he shaped with plenty of encouragement at Fontwell in the Game Spirit before looking as though he needed the run. He was sublime at this fixture last year, and there are plausible excuses for his two runs this term.

He is a fascinating contender, and any rain that falls will benefit him.

This is a cracking race, but ready preference is for Epatante, whose stamina is unlikely to be tested to the max with the lack of pace in this race and given they don’t get racing until after the third last, she will be able to sit and pounce. Her speed and flat track record should not be underestimated, and she gets the vote.

In the 14:20, Pied Piper 2.111/10 looks to have an excellent chance of claiming his first Graded victory, and with Vauban and stablemate Fill Dor both at home in their boxes, Pied Piper is the best Juvenile of the season on a race track this week.

This flat speed track should suit Pied Piper, and with Davy Russell, back in the saddle, it’s hard to make a strong case against the Triumph Hurdle third. He has recorded the strongest time figures, has the strongest form in the book and is a backable price while he is a shade of odds-on. He is the classiest horse in the race and will take some wacking in this contest.

He has clearly had his issues, but he was running a race full of promise that suggested he retained plenty of his old ability at Haydock before coming down at the final flight on reappearance. He comes here a fresh horse and off of a workable handicap mark, and the ten-year-old’s lightly-raced profile of just 16 starts gives optimism that there’s a big one in him yet.

This is highly competitive, but he has plenty in his favour here, and the strong pace will see certainly see him to best effect.

Today’s action looks excellent, and I always find with this meeting that sticking by your thoughts of horses for Cheltenham pays dividends. Don’t ask me why, but there is nothing more frustrating than having a strong fancy at Cheltenham, getting unlucky, only for him to hose up at Aintree!

Today’s advice is to keep in mind what you said about certain horses at Cheltenham and don’t abandon them without cause.

Until tomorrow, be lucky!

The game's hottest young talent is staying at Paris Saint

Johnson backers a bit less confident about his survival – politicalbetting.com

The Best Preakness Betting App for 2022