And Then There Were Four: Females Bag WSOP Bracelets Like Never Before

Last year there were none and there has never been more than one per year, until this year that is. We’re talking female winners of World Series of Poker bracelets in open events, and 2020 has provided four of them in one fell swoop!

Whether it’s because women find it easier to play poker and other casino games online rather than live, it seems that the surprises 2020 had in store for us included a sudden swathe of women winning the big events.

Not all of the victories were unexpected, of course, with Kristen Bicknell picking up the $2500 NLHE title for $350k+, the Canadian pro already the proud owner of some sparkling WSOP jewellery from 2016.

Ontario-born Bicknell is now a household name in the biggest live and online tournaments, of course, with just north of $5million in tournament winnings to her name.

She was joined in the online WSOP winner’s circle this year by Thi ‘HoneyandTHI’ Truong, a big PLO victory to top off more than a dozen other cashes and the first Vietnamese-born female player to bag a bracelet.

Whether she can go on to mirror Vietnamese/US poker legend Scotty Nguyen’s five bracelets – including his 1998 WSOP Main Event win – remains to be seen.

Nahrain Tamero was so unknown to the wider public that her $310k win of event 31, the $1k NLHE, was ascribed to ‘him’ in the poker press – something the Californian was quick to correct.

Just last week though it was the turn of another woman, Iranian-born Melika Razavi, to lift WSOP gold.

Melika pocketed $239,180 to go along with the coveted bracelet, and that payday was more than quadruple her best live poker cash, a $56k, 5th spot in the Merit Gangsters Poker Cup in Kyrenia in 2018. 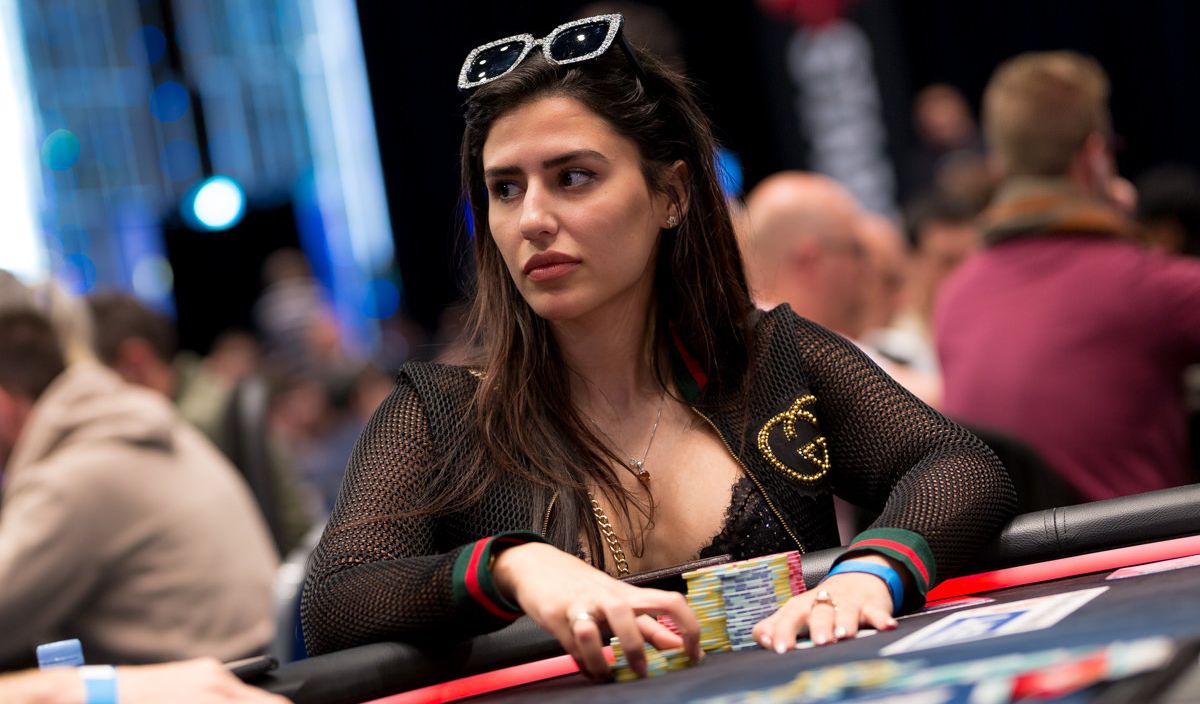 With poker typically having females accounting for roughly 4-5% of the players at any given tournament or series, one question this year has thrown up is likely to be whether the online version is more palatable to them?

Michelle Shah has cashed 17 times in this summer’s online events, while South Africa’s Ronit Chamani and Chinese duo Wenling Gao and Weiyi Mo have come close to bracelets as the 85-event series plays out it’s final days this year.

It could of course be that more women can play because there is no need to travel to Las Vegas, although you’d have to number crunch and delve deeper to find out if that translates into the four big wins this year.

In the live runnings of the WSOP over the past four decades, and setting aside the ‘Ladies Only’ bracelet events, a grand total of 23 have been handed out to females.

Starla Brodie kicked things off back in 1979 with victory in the 600 Mixed Doubles 7-Card Stud event, although Vera Richmond’s 1982 scoop of the $1,000 Ace to 5 Draw event was the first solo open bracelet win.

Forty years later and the leading women’s tournament money-winner by far, Vanessa Selbst, tops that list with three, and Kristen Bicknell has moved to within one with this year’s win.

It’s hard to believe that 2021 will be as incredibly weird as this year has been, but if it means more women taking on the men at the top of the game, then it will at least have one plus point!

A PokerNews Debate: Is Phil Hellmuth an Excellent Poker Player?

10:1824 OctThe trial of the alleged killer of poker pro S

Spooky times ahead with Mystery House at PokerStars

Opt-in to get out! The Halloween spirit is back at PokerS

Mike Matusow bet a large percentage of his bankroll tha