The Andalucía Masters made a welcome return to the European Tour schedule four years ago, six years after it had last been staged. The tournament had only twice previously been played with Graeme McDowell winning the inaugural event in 2010 before Sergio Garcia claimed the second edition 12 months later. And the popular Spaniard took the title for a third time in 2018.

Sergio is absent again, as he was last year but with Jon Rahm in attendance, along with Matt Fitzpatrick, Bernd Wiesberger, and last week’s winner, Cabrera-Bello, the 2021 edition is a decent enough renewal.

Designed by Robert Trent Jones Sr, and opened in 1985, Valderrama is a delightful but tough, short, tree-lined course with Bermuda fairways and Bentgrass greens.

In addition to this tournament, Valderrama was also used on the European Tour in April 2016 when it hosted the Open de España, won by Andrew Johnston, and prior to the inception of the Race to Dubai it was the home of the now defunct season-ending, money list deciding, Volvo Masters, between 1988 and 1996, and again between 2002 and 2008. It was also the host venue for the 1997 Ryder Cup and for the WGC-American Express Championship (now the WGC-Mexico Championship) in 1999 and 2000.

It’s a demanding but beautiful course with narrow slopping fairways, framed by cork trees. The greens are smaller than average, undulating and they usually run at around 12.5 on the stimpmeter. Water is in-play on holes four, ten and 17. 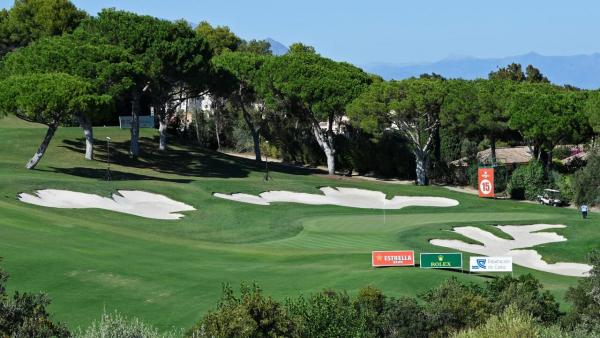 With a troublesome wind badgering the field all week long, Valderrama played really tough last year and more than two strokes harder on average than 12 months previously. John Catlin’s +2 winning total was the highest winning score in relation to par since Padraig Harrington won the Open in +3 in 2008 and it was the highest in a non-major since Sandy Lyle won the now defunct Volvo Masters here back in 1992.

Live on Sky Sports all four days, starting at 13:00 on Thursday

What Will it Take to Win the Andalucía Masters?

Valderrama is a tight track off the tee and the greens are small so accuracy is the key to success. When winning the Open de Espana five years ago, Andrew Johnston ranked first for both Driving Accuracy and Greens In Regulation and they’re often the key stats.

I’ve looked back at the last three Volvo Masters tournaments to be staged here, as well as the six results of this event, and at Johnson’s win five years ago, and the stats are pretty similar. See below.

The last two winners’ rankings of 28th and 66th for Greens In Regulation went against the grain, as the previous eight course winners had an average GIR ranking of just 9.0 but those that filled the places last year found plenty of putting surfaces. The runner-up, Martin Kaymer, ranked third for GIR and the three players tied for third ranked second, fourth and 12th. Hitting the tiny greens is important and getting up-and-down when they’re inevitably missed is also key…

Catlin only ranked 33rd for Putting Average but the last ten course winners still only have an average Putting Average ranking of 12.4. Bezuidenhout topped the rankings in 2019, the first three home in 2018 ranked seventh, 15th and ninth, the top-three in 2017 ranked ninth, sixth and first and the first five home here in this event in 2011 all ranked inside the top-ten for that stat.

Although not right on the coastline, Valderrama often experiences windy conditions and that’s another reason for the higher than average scoring.

The last two winners had only played here once before and Johnston won here on debut five years ago, so it is possible to take to the course straight away, but course experience is extremely beneficial.

Garcia’s form here is very obvious but the runner-up in 2018, Shane Lowry, had finished 18th, fourth and 12th in three previous visits and the second in 2017, Joost Luiten, had also finished second to Johnston in 2016. Garcia could only finish third that year and another course winner, Soren Kjeldsen, was back in fourth. And in the 2011 edition of this event, only one of 19 debutants (Richie Ramsay) bettered 73 in round one.

Catlin missed the cut on debut in 2019 so he was very hard to spot last year but it’s interesting to see that Bezuidenhout finished 29th on debut after a very slow start. His first round here was a 77 but he followed that with a 68 and a 69 to finish 29th over 54-holes so the clues were there.

It’s a quirky little track so it stands to reason that course form holds up well and backing first-timers is risky.

Is There an Identikit Winner?

The best players tends to rise to the top at Valderrama so having two outsiders win the last two editions is a bit odd, although both have gone on to win multiple European Tour events since they won here.

Catlin led after every round last year and having sat second and one back after the opening round, Bezuidenhout dominated the event thereafter in 2019. He was leading by four at halfway, by five through 54 holes and he went on to win by six!

The event was reduced to three rounds in 2018 but the result was never really in doubt then either. Garcia sat third and two off the lead after round one but a sensational 64 saw him scoot four clear after round two and he went on to maintain the margin at the finishing line. 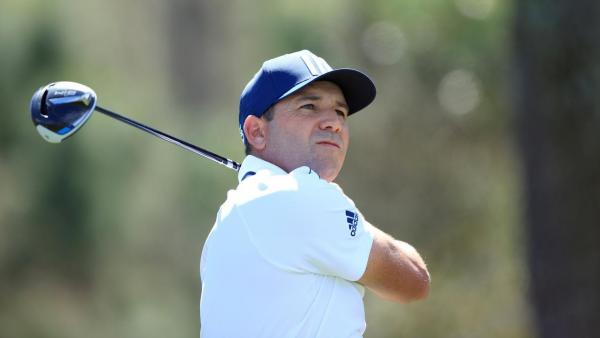 Having tied for the lead after round one, Garcia and Luiten dominated the event four years ago, never falling outside the first three places at any stage, and in what transpired to be another example of the class-acts dominating at Valderrama, the two finished the week separated by a solitary stroke but four clear of the remainder. Yet another example of how important a fast start is.

Johnston sat second after rounds one, two and three when winning the Open de Espana here five years ago before pouncing to win and the last nine course winners have been inside the front five places all week long.

The last four winners of this event and the five course winners before Johnston were all in front with a round to go.

Every course winner and beaten playoff protagonist since 1996 (as far as I’ve gone back) has been inside the top-five places with a round to go, and all bar two have sat inside the front three, but it is possible to make up a deficit of strokes…

Simon Dyson and Soren Kjeldsen sat second and fourth, trailing by four and seven strokes respectively, with a round to go in 2007 but both made it to a playoff before getting beat by third round leader Justin Rose and Paul McGinley trailed by four after 54 holes when he won here in 2005. Poulter won from three back after three rounds in 2004 and Langer trailed by four in fifth place after 54 holes in 2002.

If you’re planning to bet in-running, the finish is tough. The par five 17th is a birdie chance, and it was the only hole to average below par for the week last year, but it’s risky to go for the green in two with water in play and holes 15, 16 and 18 ranked as the tied third, ninth and tied third hardest last year.

The forecast is of course changeable but we’re set for some windy weather over the first two days with the breeze predicted to begin to subside on Friday afternoon suggesting an AM-PM draw may be marginally favourable.

Jon Rahm arrives at Valderrama after another disappointing effort in-contention and with his place atop of the Official World Rankings in jeopardy. As highlighted in yesterday’s De-brief, since winning the US Open, he’s traded at odds-on in-running four times without winning and that needs to be factored in.

This is Rahm’s third appearance at Valderrama and like many a player before him, he improved considerably on his second visit. The world number one missed the cut in this event back in 2017 but he finished runner-up to Bezuidenhout in 2019. Although he was only a distant second – beaten by six.

The cream tends to rise to the top here but given how poor he was over the weekend in Madrid, at only slightly bigger than he opened-up last week, in a weaker event, he’s not for me.

Matt Fitzpatrick should be a good fit for an intricate course like this but he missed the cut on his only previous visit, in 2019, and he arrives in poor form. Since getting beat in a playoff at the Scottish Open in July, his 20th in the BMW PGA Championship last time out is his only top-20 and that came after a pair of missed cuts.

Bernd Wiesberger finished nicely in Madrid to finish tied for 12th, after only just making the cut, so that was an eye-catching performance but in his only previous visit to Valderrama, last year, he finished down the field in tied 31st.

Having won the Made In Himmerland in impressive fashion in May, the Austrian would have won the European Masters in August, but for a stumble on the 72nd hole. He’s a prolific enough performer and often a value price but he rarely scrambles well enough to contend at a place where saving shots around the greens is so important.

The defending champ, John Catlin, hasn’t done an awful lot since winning his third European Tour title in Austria but he did finish seventh in the ISPS Handa World Invitational at Galgorm Castle in August. That’s the venue at which he won the Irish Open last year so he’s already shown us he can reproduce form at a venue he’s won at previously.

Given he’s won three of his last 26 starts on the European Tour and that he won in Austria when seemingly out of form, I was happy to chance him at 70.069/1.

Promising youngsters Guido Migliozzi and Wilco Nienaber finished alongside each-other in a tie for sixth last year and I thought they were generously priced also.

Migliozzi’s form is a bit in-and-out, but he clearly enjoys a tree-lined venue. He lost a playoff at the Belfry earlier this year and he’s won the Kenya Open at the claustrophobic Karin CC and the Belgian Kockout at Rinkven International – a track described as being a parkland/woodland mix.

As his fourth-place finish in the US Open at Torrey Pines showed us, he’s straight out of the top drawer, as so many winners at this wonderful course are. He is a pick for Matt Cooper in our each-way tipping column and I am happy to follow Matt.

Wilco Nienaber caught the eye in Madrid last week where he finished sixth. That was a fine effort given he sat 87th after round one and he’s not just an almighty hitter. He ranked ninth for Scrambling and second for Strokes Gained Putting last week. If he repeats that here, he’ll contend.

I’ll be back later today with my CJ Cup preview.