We know Valderrama pretty much inside out these days, the consequence of the southern Spanish course having been a long-term host of the European Tour through the Volvo Masters, the Ryder Cup, the WGC American Express Championship, the Open de Espana, and also this week’s tournament the Andalucia Masters.

In the first two of the individual events referenced above, both of which were elite field events, it was more or less inevitable that excellent golfers thrived here.

It makes absolute sense that he excels here: the fairways are tightly tree-lined, missing them makes hitting the greens difficult both because of the tangly rough and being blocked out by the canopies of those trees.

Last year Victor Perez ranked first for Greens in Regulation and he landed 59.80% of them.

A week later, at Dom Pedro in the Portugal Masters, that figure would have ranked him 64th in the field.

In other words, missing greens happens a lot and scrambling skills matter; Garcia is good at that as well as lacing the ball tee to green.

And in the stats for all of last season the South African led Scrambling and Catlin was eighth. The man who won before them at the course (and who wasn’t Garcia) is Andrew Johnston, who was only 20th for saving par that week, but who is sixth in the category this season – it’s a strength of his as well in other words.

It’s obvious, but that doesn’t make it stupid – short game skills will prompt this week’s plays (and hopefully we have a little more luck after Adri Arnaus pulled up a little short for us last Sunday).

First pick is England’s Aaron Rai who sits sixth in this year’s Scrambling stats and is also no mug when it comes to negotiating the tee to green challenge – he’s 12th for Greens in Regulation (and 27th for Accuracy off the tee).

If the bare stats hint that he ought to be a good course fit, his results do too: back in 2017 he made his debut and finished tied eighth.

He’s missed two cuts since, but on both occasions he wasn’t in a great run of form.

You could argue much the same for his current position, given he has missed the first three cuts of his rookie campaign on the PGA Tour, but a return this side of the Atlantic could easily provide a great boost.

His fondness for playing between trees is the clincher.

He’s also got nice vibes returning to Andalucia where he won on the second tier back in 2017.

Back in 2016 Italy’s Guido Migliozzi made his European Tour debut at Valderrama in the Open de Espana.

He missed the cut and would do so again on his second trip, but last year he found plenty of fairways and enjoyed himself on and around the green as he clinched a tie for sixth.

In truth, it was no great surprise that he enjoyed himself that week because, like Rai, he has proved himself something of a golfing tree hugger.

In fact, he’s also a winner in Kenya, in his case at Karen County Club, and shortly afterwards he added a second victory at Rinkven International.

He’s been close to a third win on many occasions this season, logging three runner-up finishes including another among the trees at The Belfry.

He’s also shown that he has a touch of class in making the top five at the US Open and backing it up with T13th in the Travelers Championship.

More recently his short game has been in great shape when landing a top 10 in the European Masters and T17th at the Alfred Dunhill Links Championship. 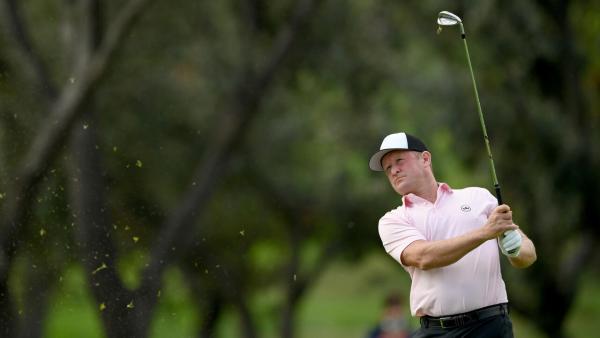 Ahead of his 2017 visit to Valderrama Jamie Donaldson had never missed a cut at the course, but he had never made a top 30 and hadn’t broken 72.

He needed to completely buck that trend if he wanted to keep his tour card.

An opening 73 wasn’t a great start, but he responded with 67-68-71, recorded a share of fourth, and saved his playing rights.

When he returned last year he was bang in the mix – second at halfway, third with 18 holes to play – before finishing T10th and his recent form suggest he can contend again.

He was third at the London Club in August, was in the top 10 at halfway in Crans, and made a great start (64) ahead of finishing T24th last week.

In the middle of those results he was also a fine second at Wentworth (ahead of three past Valderrama winner in the top six, for what that’s worth).

He’s another excellent scrambler, ranking 19th this season and fifth last – that part of his game has also been in good nick throughout this run of good form.

We're heading to Spain for a Saturday showdown that Kev t