Are the Paul Brothers Ohio’s Best Athletes in 2022?

The Paul brothers know a little something about making headlines.

But there’s another side to the Paul brothers that many love to discredit because it’s easy—their genuine talent as athletes. Given their kid-friendly backgrounds on platforms like YouTube and Vine, a lot of people despise billing the brothers as legitimate athletes. That narrative, however, is quickly losing validity as Jake and Logan continue to thrive in their athletic endeavors.

Thanks to a monumental year for both Jake and Logan, it’s time to take a deeper look at their athletic side missions and raise the question: are the Paul brothers Ohio’s best athletes in 2022?

Despite the efforts of three former UFC fighters, a former NBA player, and a colorful YouTuber, Jake Paul has proven to the world that he can actually box and his pro record currently sits at 6-0.

His most recent win, in October, easily stands as his most impressive. He won a unanimous decision over MMA legend Anderson Silva in an eight-round fight that showcased his continued evolution as a boxer. Yes, Anderson was 47 at the time. Yes, he is not particularly known as an elite boxer. That said, Jake was scheduled to face pro boxers Tommy Fury and Hasim Rahman Jr. before both fights were cancelled earlier in the year.

Coached in part by former WBC cruiserweight title challenger BJ Flores, Jake has shown time and time again that he possesses raw power as a boxer. His knockouts of Tyron Woodley, Ben Askren, and Nate Robinson have proven that. While he might not win any praise as a technical mastermind of the sweet science, to say the kid doesn’t know how to throw hands is simply asinine.

There is plenty of speculation surrounding who Jake might fight next. Tommy Fury, Nate Diaz, Uriah Hall, and Mike Perry are all options on the table that would make sense. Whoever Jake’s next opponent ends up being, however, there is a good chance they’ll have their hands full with “The Problem Child.”

Before Floyd Mayweather Jr. started participating in boxing exhibitions with essentially anyone who would partake, Logan Paul was the first (and likely most competitive) exhibition extravaganza opponent Mayweather Jr. faced after retiring from pro boxing with a perfect 50-0 record.

Would Logan have beat Mayweather Jr. on scorecards if there was official judging for the fight? Not a chance. That said, he proved that he is a worthy showman and a YouTuber with far-above-average athletic ability.

But that was in June 2021. By June 2022, Logan had become something of a recurring act as a member of WWE. He defeated The Miz at SummerSlam and it didn’t take too long for “The Maverick” to call out WWE Universal Champion Roman Reigns. They agreed to a PPV wrestling showdown at Crown Jewel in November and Logan showed the gravitas of a seasoned WWE wrestler despite his lack of experience.

Though he lost the match, Logan received praise from wrestling fans across the world who appreciated his dedication to the craft and what he put his body through in order to perform at such a high level. It was also brought to light that Logan had torn his MCL and meniscus while mid-match. The fact that he fought through that pain as a WWE rookie is pretty impressive any way you slice it.

So How Good Are Jake and Logan as Ohio-Born Athletes?

To call Jake and Logan Paul “elite athletes” is certainly a stretch. And when examining the question of whether they’re the best athletes to come out of Ohio in 2022—the answer is probably not.

That would be a slap in the face of true elite athletes such as LeBron James and Russell Wilson, despite how their respective seasons are going. With that in mind, Jake and Logan have both proved that they can function as solid pro athletes without extensive amateur or professional backgrounds. That has to count for something.

For everyone who clowns Jake and his 6-0 boxing record as being “padded,” facing the likes of Anderson Silva and Tyron Woodley as a relative newcomer is still wildly impressive despite them coming from MMA. The same can be said for Logan and his high-flying wrestling style that proved to be both wildly entertaining and downright impressive.

While it’s unfair to call the Paul brothers the best athletes in Ohio right now, it would also be unfair not to put some some respect on their names either. 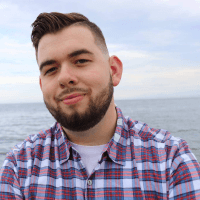