Since losing 2-1 at home to Oxford United in October, Sheffield Wednesday have avoided defeat in each of their last nine league games (W4 D5), winning three of the last four, but it’s that middle number that is worrying – the five draws. It really should have been six as I had gone for the stalemate on Tuesday night against the MK Dons and Under 2.5.

It was all going so well until the 93rd minute, when Josh Windass was allowed a second bite of the cherry and snatched a dramatic three points for the Owls to win 2-1. To have one bet go down in the last few seconds is harsh, but two….

The victory moved Darren Moore’s side into the play-off positions for the first time since September, and it was also the first time they had come from behind in a game since 2019. They had to overcome an MK Dons side who were a bit too passive in the second-half and sat too deep in a low block – effectively inviting pressure. Wednesday did have 25 shots – so perhaps they deserved the points for their endeavour. Their energy levels were back too, and that’s when they are at their best.

However, again I cannot help but feel the hosts might be a little over-rated here. The number of draws is nagging away at me.

The Wycombe klaxon was sounding after their run of five without a win, and I started to avoid them. Only for Gareth Ainsworth’s hardened troops to bounce back with consecutive victories, and clean sheets too with a stunning 0-3 success at the leaders Plymouth on Tuesday night. It was, in every essence, a Wycombe performance as Ryan Lowe, the Greens manager, said they were robust, resolute and fought for each other. The fans also noted Wycombe’s famed time-wasting tactics. They make the game stop-start as much as possible.

Lowe said he doesn’t like their style, but it’s effective and their direct long balls accounted for two of the three goals. Wycombe stood firm too at the back, and while Plymouth had 27 shots, very few were on target. Opta point to the fact Wycombe have played the highest share of long passes in League One this season (29%), while the Chairboys have also named the oldest starting XI on average this term (29y 291d).

Wednesday have only conceded six at Hillsborough this term, which is the second best in the league behind Sunderland’s four at the Stadium Of Light. The early 1.8810/11 for Under 2.5 Goals on Thursday evening looked reasonable.

Now that Wycombe are back to their direct best, they are large enough in price to have a go at the Double Chance bet here if we can get around 1.910/11. I’ll also be playing the two markets mentioned on a Sportsbook Betbuilder at 2.466/4. I certainly wouldn’t put anyone off backing the draw either at around 3.55/2, as I can see a tight first-half and a chance to trade back your stake before the break.

KEY OPTA STAT: Wycombe’s 1-1 draw against Sheffield Wednesday in January 2004 is the only time that they have scored away from home against the Owls in the Football League. (P3 D1 L2).

Unbeaten Addicks to secure a point

Resurgent Charlton have yet to lose in League One since Johnnie Jackson took charge in October, winning four of their six games so far and drawing twice, and I am looking to keep them onside again for Saturday’s trip to Shrewsbury.

It was Jackson’s post-Sunderland speech to the players that was posted online, with the interim boss saying: “We’ll keep winning. We’ll go to Morecambe and win, we’ll go to Shrewsbury and win. And we do not stop. I keep saying it: we do not stop. Because no one can live with you.”

It all seemed to be going perfectly too on Tuesday, as they raced into a 0-2 lead at Morecambe, but conceded two bad goals to take a point. Defensively they should have dealt with Anthony O’Connor’s equaliser, while the build-up to the penalty revolved around a potential infringement that Jackson wasn’t happy with. They are still unbeaten, but their usual feature of their tireless energy was lacking a bit. The switch to a 3-5-2 has been a revelation, but maybe the run just caught up with them.

They still had nearly 67% of the ball at the Mazuma and they look a completely different team. I’m not sure what Jackson has to do to get the job? Is Alan Curbishley still being linked? 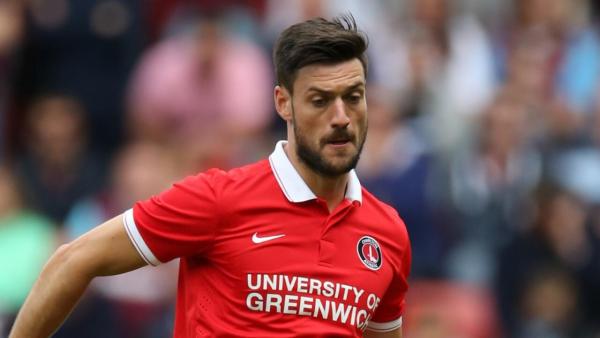 Shrewsbury held Sunderland 1-1 at home in midweek thanks to Dan Udoh’s leveller, so they are by no means no-hopers and their home form has started to improve with a run of just one defeat in seven. That includes a win against the MK Dons and a 4-1 success v Cambridge. Their only defeat came against the mighty Wycombe.

The two play with similar systems, but Shrewsbury had a man sent off on Tuesday for the second successive match and I worry the effort of back-to-back games minus a man might have on them. They’ve been dealing with a few injuries at the back too.

Charlton aren’t quite big enough here for the Double Chance, so I am taking a bit of a swing at the draw, backed up with a little help from an Opta stat revealing that Shrewsbury are without a win against Charlton in their last five Football League encounters (D2 L3).

Door shuts on Grayson’s time, but Cod Army can get a draw

AFC Wimbledon have won just two of their last 11 Football League games against Fleetwood Town (D3 L6), having previously won two of the first three league encounters between the two sides (D1) according to Opta, and while a game from a few years ago has little impact to the two current sides, I can’t help but feel the Dons are a touch on the short side here at 2.0621/20.

They have only won twice at home all season (drawn four), but they have the same amount of goals conceded as scored, and that’s a stat I never like – certainly not for backing a team at near evens.

They bounced back to form with a 3-2 midweek victory against Crewe, but quite a few beat the Alex who are bottom and adrift by five points. It was only the Dons’ second victory since mid-September and the three points addressed a slide and dip. They also took advantage of Crewe completely over-playing at the back.

Fleetwood are on a horror run themselves and have lost five on the spin. Quite what has happened to a team that looked a decent footballing outfit under Joey Barton and play-off contenders, to a team in 22nd is a mystery. It was no surprise Simon Grayson was sacked following Tuesday’s loss at Oxford, winning just 13 of his 43 games in charge. Barton had them playing with a certain style and used the loan system well, but those days are gone it seems and Grayson was a fairly unimaginative appointment.

They are shipping goals at an alarming rate with 15 in six, and the ones conceded at Oxford, albeit a good side, were very soft. They have kept just one clean sheet all season – again guess who? The whipping boys, Crewe.

You’ll do well to get a price that’s backable in the Fleetwood ‘Yes’ in the Clean Sheet market.

The better option might be the Both Teams To Score bet, as the Cod Army have hit their last five for backers of that, with the Dons four from seven. Neither are prolific at keeping clean sheets as Wimbledon have failed to get one at home all season.

With the door shut on Grayson (sorry!) there might be an improved performance with the manager gone, as can often happen, but they have only picked up one win in their last 11 league games (D4 L6), losing five of their last six matches in the competition (D1). So that’s a worry. I am going to chance the draw with a cover bet on the Overs.

KEY OPTA STAT: No side has scored more set piece goals (inc. penalties) in League One this season than AFC Wimbledon and Fleetwood (14 – level with Rotherham United).