Soft ground will suit Enki but not Copper

Yala Enki ran a career best when a close second to Ramses de Teille at Cheltenham last time and was staying on strongly all the way to the line. He is up 3lbs to a career high mark of 159 and the softer the ground at Aintree the better he will like it. He was on course for the Grand National in April until the lockdown put paid to that and if he takes to the fences as I expect on Saturday that race will again be his long term target.

Give Me A Copper hasn’t been the easiest to train, hasn’t run for a year and had to miss the Badger Ales Chase at Wincanton a month ago after a little hiccup. Give Me A Copper is fine now, the flat track at Aintree will suit him and he tends to run best when he is fresh so he would have a chance provided the going doesn’t get too deep.

Form horse, has improved and has a big chance

He was awesome last time at Cheltenham, full of enthusiasm as usual, jumping from fence to fence on his way to a brilliant victory in the. He is now up to a mark of 169 which pretty much rules him out of handicaps. With the sharp left handed track and conditions perfect for Frodon I was surprised to see as third favourite for this because he is the form horse having given heaps of weight at Cheltenham in October to Cloth Cap who then hacked up in the Ladbrokes Trophy on Saturday. He has improved for that run, won the Old Roan Chase here two years ago and has a big chance.

Modus jumped for fun on his return at Aintree ago on his way to a striking victory over the Mildmay course. The handicapper has had his say by putting Modus up 9lbs but if he takes to the National fences as I expect that is worth 9lbs round there. He seems very well and will again be ridden by Jonjo O’Neill Jr who got a great tune out of him last time.

Sametegal has been round these fences before, jumped well and is so consistent which means he doesn’t get any help from the handicapper. Dropping back to two miles, five furlongs will suit Sametegal who wasn’t beaten far at Sandown last time over three miles when it looked as though he didn’t quite get home up the hill. Soft ground is just the ticket for him.

Chepstow – Take Your Time the pick of my trio in Wales

He missed last season after a fair run when third in a bumper in the spring of 2019 and it is good to have him back. He’s ready to start now, has done plenty of schooling and should come on for the outing. 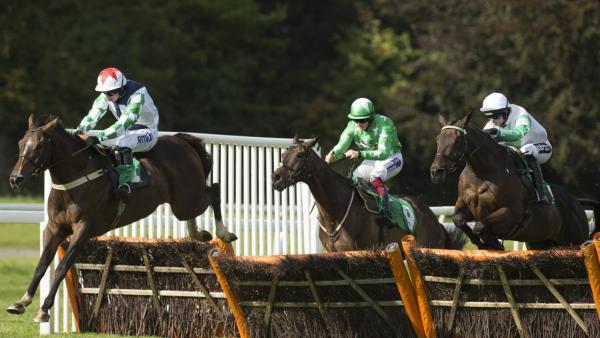 He was third at Lingfield to a horse that has won since and then progressed as I hoped by winning quite a competitive novice hurdle at the same track. Take Your Time was successful in a point-to-point in this country before joining us and is one of those horses that keep galloping and stay forever. Big chance.

He is a big store horse by Westerner who has been a bit backward. He is ready for a run now and is sure to benefit from the experience.