Belichick’s defence can knock Goff off his game 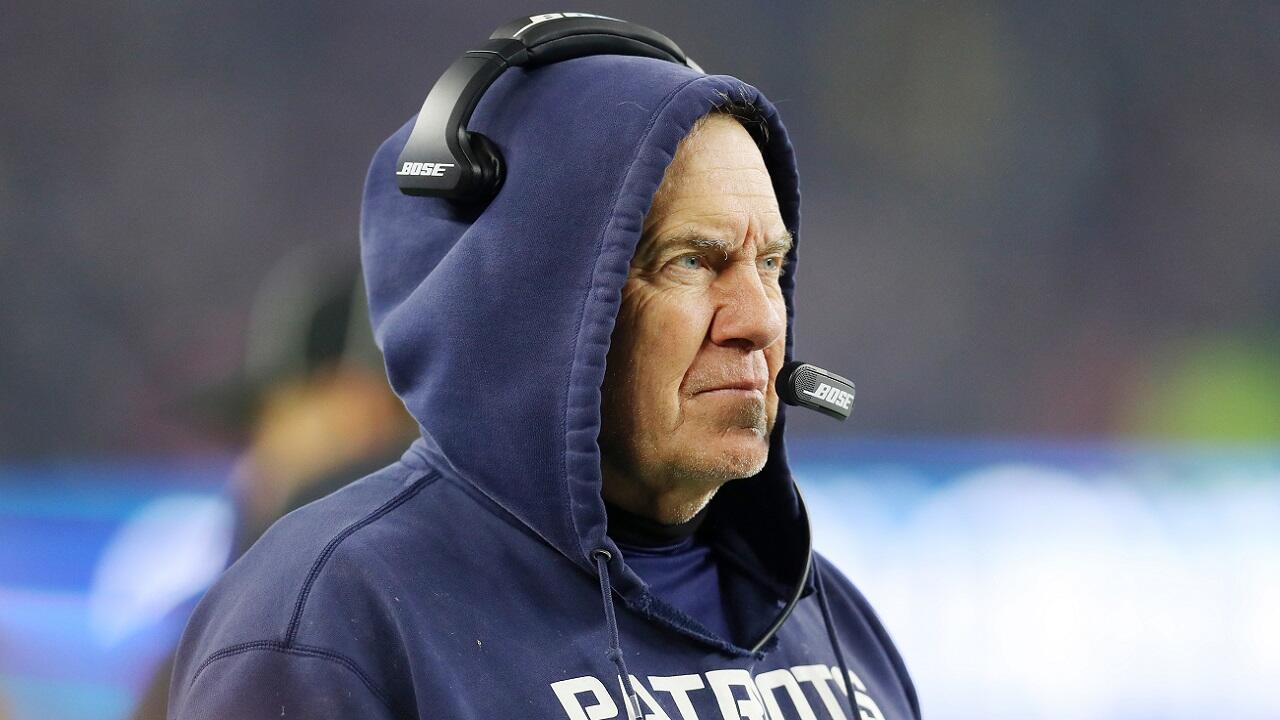 There was talk that the six-time Super Bowl champs were in the Trevor Lawrence sweepstakes as San Francisco notched 33 points to a pair of Patriots field goals in Week 7.

Tom Brady’s replacement, Cam Newton on a bargain contract, had seen his career second act impeded by Covid-19. The defence as a whole was similarly waylaid before the season started, as linebacker Donta Hightower and safety Patrick Chung, two mainstays of their rearguard, opted-out of the season due to the pandemic.

Their absences showed up on the field with the defence ranking among the weakest in the league through the opening months.

And the playmakers weren’t there on offence to make up for it. Newton returned but had very little to pass to, meaning the Pats had to try to outsmart defences who knew they could only run.

But, as we’ve come to expect, Bill Belichick has got his team hitting form as December football kicks off.

Belichick said “there’s some carryover offensively from the Rams” from SB53, but their defense and special teams have changed pretty significantly with new coordinators.

Said LA having Cooper Kupp in this game “makes a big difference.” Kupp didn’t play in the Super Bowl.

They’ve been in with a chance at the death to win against both Buffalo and Houston in their last two losses, and have won the other four games since the Niners debacle.

Rookie Damien Harris leads the team in rushing despite playing just nine games, while Cam Newton has posted 11 rushing TDs despite the Covid absence. He posted the latest pair of scores in a 45-0 demolition of the LA Chargers last week.

It makes up for his passing to an extent. He has only five TDs against nine interceptions and posted just 69 yards last week in a romping win. Gunner Olszewski also broke off two special teams touchdowns in that game, showing how the Pats need to get scores anywhere they can.

The Rams are top of the NFC West thanks to the slipping Seahawks and some careful management of their quarterback, Jared Goff, by coach Sean McVay.

Two weeks ago, the plan fell apart as LA were taken down by a Niners team much diminished since it smashed into the Patriots in Week 7.

Two interceptions and a lost fumble allowed their hurting division rivals take a 23-20 win as +5 points road underdogs starting Nick Mullens at QB and missing a swathe of starters.

It was an aberration that saw the head coach admit to doubts about the 26-year-old signal-caller.

Jared Goff has turned the ball over 10 times in his last four games. That’s enough for Rams coach Sean McVay to say, “Our quarterback has got to take better care of the football.”

What does Goff think about how things are going? | @JourdanRodrigue https://t.co/It8XuRsjWl

They got back on track with another division match-up last week against Arizona to rise to 8-4. Aaron Donald continues to lead their defence and destroy opposing lines, while rookie Cam Akers is emerging as the lead back after Darrell Henderson dominated early-season carries.

But the Patriots have shown before – notably in Super Bowl LIII – that they can get after Goff. Bill Belichick will relish the opportunity to take on this offence again.

Usually teams on a Thursday night have to deal with travel to make the midweek match-up, but the Pats stayed in LA this week after they trashed the Chargers, so that should help their preparation for what is a huge game.

They’ll probably need to win all their remaining games to make the postseason, though the fact that they’re still playing meaningful games in Week 14 is an achievement given how their season was going.

The defence has much improved in recent weeks. You’d still have to hold doubts about the offence as they simply can’t pass the ball, but I’d side with Patriots on the handicap getting 5.5 or better at 10/11 on the basis that Belichick has shown before he can outsmart McVay and get to his streaky QB

All four of the Patriots’ most recent games have gone under, and the Rams this season have been 4-8 on totals, including 0-5 at home. These teams are really about grinding results, so I’d look at under again on the line at 44.5.

That makes a scoring interest difficult to pick, but Cam Newton’s rushing record this season speaks for itself. He’s shown he’s still got the leadership abilities even if his arm isn’t what it once was, and nowhere more has this been evident than in his willingness to take contact in efforts to score.

He’s New England’s primary scoring threat and leads both the Anytime and First TD markets at Evens and 6/1. He’s worth a look in both at those prices.