Best bets for the CJ Cup and Andalucia Masters 2021


As the CJ Cup returns to Las Vegas for the second year in-a-row, our man fancies Dustin Johnson and the Open Champion and Summit Club member Collin Morikawa to thrive.

Steve Rawlings says: “As is nearly always the case in low scoring birdie-fests, being up with the pace should be incredibly advantageous so concentrating on the early leaders in-running makes sense.

“For example, at the aforementioned BMW Championship at the Fazio-designed Caves Club at the end of August, only two of the top-11 were outside the top-seven and ties and more than three off the lead after round one and the first and second, Patrick Cantlay and Bryson DeChambeau, occupied the first two places after rounds two, three and four.

“In the absence of world number one, Jon Rahm, who’s playing in his homeland at the Andulacia Masters and the playoff protagonists at the Caves Clue, Cantlay and DeChambeau, Dustin Johnson has been backed into favouritism and I can see why.

“The first of his 24 PGA Tour titles was won at the Turning Stone Resort Championship around the Fazio-designed Atunyote Golf Club, both his majors were won at Fazio-reworked layouts, and he also has a superb record at Riviera. Another track that Fazio has revised.

“He loves a low-scoring event, as he showed at the Northern Trust last year, when he pulverised the field with a 30-under-par total, he’s just won all five matches he played in at the Ryder Cup and he has a chance to return to the top of the world rankings.”

Dave Tindall has three each-way tips for the action at The Summit Club starting with a Vegas resident.

Dave says: “Local knowledge certainly worked last year for Jason Kokrak, who revealed during the event at Shadow Creek that he’d played the course over 20 times so had a clear advantage on the field.

“That knowledge wasn’t widely known so punters were kicking themselves when he went on to win. Let’s not make the make mistake with Morikawa.

“Even without that course knowledge leg up, it’s been a sensational year for the American following his Open win at Royal St George’s. And, although a back injury caused a late season dip, I’m genuinely surprised to see a fit and firing Morikawa at 16/1 here given how well he performed in the Ryder Cup – three wins and a half from four matches.

“That’s an each-way price that can’t be missed and I can’t really understand why he’s six points bigger than market leaders Dustin Johnson and Justin Thomas and four higher than 12/1 Xander Schauffele.”

Andy says: “In what is a high-quality field, 20 of the world’s top 25 pros will be taking part, with many of these making a first tournament appearance since the Tour Championship.

“Among this group are the world No 5 and 6 respectively, Xander Schauffele and Justin Thomas, who have great records in tournaments where there is no cut and a small field. 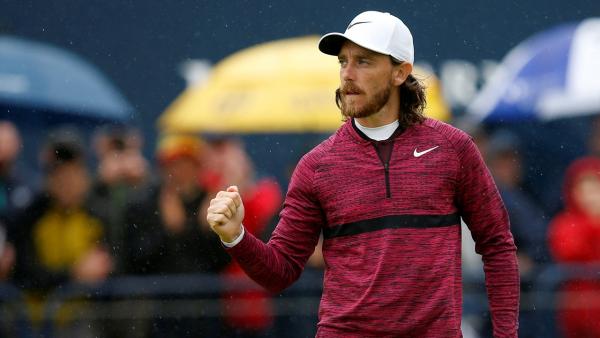 “And in a field packed with in-form, high-ranking pros, it’s hard to see this week’s winner coming from outside the top group.

“As for those who may offer better value further down the list is former world No 9 Tommy Fleetwood. The Englishman is certainly no outsider, although his form has definitely dipped throughout much of 2021. But his confidence must have improved following three recent top-12 finishes on the European Tour. Maybe the 30-year-old is moving closer to challenging the world’s elite once again.”

Golf betting isn’t always about finding the tournament winner, and although that would be nice you can still make good profits by backing golfers at big prices and laying them at much shorter prices should they do well. Steve Rawlings highlights his top players to trade this week at both events.

Steve says: “Although Dubuisson hasn’t set the world alight this year, his tee-to-green game (always essential at Valderrama) has been solid enough and he arrives on the back of a very decent 12th in the Open de Espana last week where he ranked third for Greens In Regulation.

“On his only previous visit to Valderrama he finished 20th in 2019 when woefully out of form but it’s no surprise to see the venue suit him. He’s won the Turkish Airlines Open twice around the tree-lined Montgomerie Maxx Royal and his two top-tens this season have both come at tree-lined venues.

“He was seventh in the Kenya Savanah Classic around the claustrophobic Karin Country Club and sixth in the BMW International around the leafy Golfclub München Eichenried.”

The European Tour takes in the second of three consecutive events in Spain – the Andalucía Masters – and Steve Rawlings previews the tournament and the betting.

Steve says: “If you’re planning to bet in-running, the finish is tough. The par five 17th is a birdie chance, and it was the only hole to average below par for the week last year, but it’s risky to go for the green in two with water in play and holes 15, 16 and 18 ranked as the tied third, ninth and tied third hardest last year.

“The defending champ, John Catlin, hasn’t done an awful lot since winning his third European Tour title in Austria but he did finish seventh in the ISPS Handa World Invitational at Galgorm Castle in August. That’s the venue at which he won the Irish Open last year so he’s already shown us he can reproduce form at a venue he’s won at previously.

“Given he’s won three of his last 26 starts on the European Tour and that he won in Austria when seemingly out of form, I was happy to chance him at 70.069/1.”

Matt Cooper has three selections for the Andalucia Masters with the Betfair Sportsbook paying seven places.

Matt says: “First pick is England’s Aaron Rai who sits sixth in this year’s Scrambling stats and is also no mug when it comes to negotiating the tee to green challenge – he’s 12th for Greens in Regulation (and 27th for Accuracy off the tee).

“If the bare stats hint that he ought to be a good course fit, his results do too: back in 2017 he made his debut and finished tied eighth. He’s missed two cuts since, but on both occasions he wasn’t in a great run of form.

“You could argue much the same for his current position, given he has missed the first three cuts of his rookie campaign on the PGA Tour, but a return this side of the Atlantic could easily provide a great boost. His fondness for playing between trees is the clincher.”

The European Tour stays in Spain this week and Dave Tindall has three each-way picks to be First Round Leader at Valderrama.

Dave says: “Experience around Valderrama counts and Pablo Larrazabal has lots of that. It includes plenty of positive memories. The 38-year-old has played eight events at the course, making the cut in seven and finishing tied 26th or better in three of the last four.

“It’s those quick starts we’re interested in for this market and he’s had plenty. Larrazabal has finished in the top six after 18 holes on four occasions, holding a piece of the first-round lead in 2010.

“The Spaniard has also been making a strong impression on Thursdays in recent times. He was the first-round leader at the Made in Himmerland, sixth after 18 holes in the BMW International Open and seventh following day one at Wentworth.

“There’s plenty of encouraging info there for a bet at 85/1.”

Andy says: “World No 1 Jon Rahm has travelled the 400 miles south from Madrid to tee-up for a second straight week in Spain. The 26-year-old, who was born in the Basque country, began strongly in Madrid last week but fell away on day three.

“However, Rahm’s all-round ability should be perfect at Valderrama where golfers require more than just a hot putter to succeed.The reigning US Open champion tied-for-second here two years ago and will once again start as favourite.

“Another accurate pro who should be suited to this week’s venue is Matt Fitzpatrick. The Sheffield golfer makes his first appearance since being a member of the European team which was heavily beaten at the Ryder Cup.”