The Exchange odds on Boris Johnson remaining as leader of the Conservative Party until 2024 drifted to 6/42.54 as criticism of the prime minister’s handling of the coronavirus pandemic intensified. During a week when Johnson introduced stricter lockdown rules, the PM came under fire from politicians of all stripes in the north of England.

The odds on a hung parliament at the next election are 5/42.24 with another Tory majority at 3.24 – an extraordinary price after Johnson lead his party to an 80 seat majority less than 12 months ago.

The next general election is 4/91.45 to take place in 2024 so the Conservatives will hope that leaves them enough time to reverse their fortunes.

Burnham favourite to be next Labour leader

Andy Burnham is the 4/15.1 favourite to be Labour’s next leader after the Mayor for Greater Manchester refused to accept government plans to put his city into lockdown tier three status – the most severe of the government’s new three-tier system.

Burnham emphasised that he was leading a cross-party challenge to the government, pointing out that some Conservative MPs in the north of England were backing him against Johnson.

This weekend 20 Conservative MPs from other parts of England wrote to Burnham urging him to accept the government’s approach:

May I politely ask that colleagues concern themselves with their own constituencies. I would not wish tighter restrictions on their constituents. We’re willing to work constructively to improve the situation in Greater Manchester & would ask for the short time and space to do so. https://t.co/DsArWD95Kd

This has gone down badly in the north west, not least among Tory MPs like William Wragg (above), and Johnson has been accused of deepening the north-south divide.

At the start of 2020, Johnson talked about levelling up Britain’s regional inequalities, not least because he owes his majority to the constituencies in the north and Midlands that turned blue at last year’s election.

“These are supposed to be our new voters,” a Tory MP from the 2019 intake reportedly said this weekend. “They are already annoyed at us and it is only going to get worse.”

Such comments indicate Tories fear those seats that turned blue last year could just as suddenly return to red next time. The idea that the government treats the north worse than it does the south could be damaging for the Conservatives at the next election. Labour winning the most seats 6/52.18 is starting to look feasible.

There is still a very long way to go before we can talk about Labour winning – that’s why the odds on them to getting a majority at the next election are 3.65 – but this week it felt like the party was rediscovering its voice in opposition.

Keir Starmer, who is 14/53.85 to be the UK’s next prime minister, called on Monday for a “circuit break” national lockdown after it was revealed the government’s SAGE committee had recommended the same thing last month. 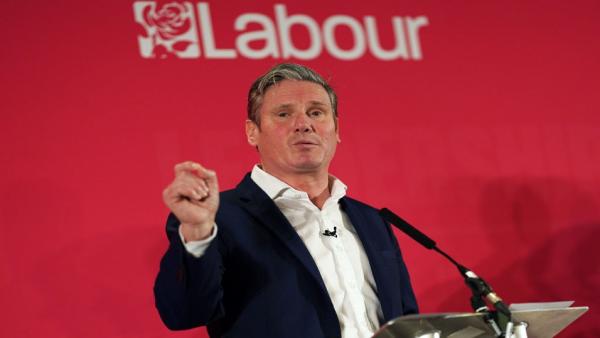 This was a change of direction for the Labour leader who has so far been reluctant to criticise the government’s handling of the pandemic or set out an alternative approach. There are some Tories, though, who think it could help Johnson unite his party. Perhaps those backbenchers on the libertarian right, who want no restrictions, will think twice about criticising their leader when he faces an opposition party that wants a national lockdown.

Not that Starmer is without his own internal opponents. This week, 34 of his MPs voted against the government’s Spy Ops bill on the grounds it is a breach of the rule of law. Starmer had told them to abstain. Frontbenchers Margaret Greenwood Dan Carden both resigned over the issue.

Ousmane Dembele and Lionel Messi were on target as Barcel

Will Doug Marrone be

Odds on Mike McCarthy Being the Cowboys Head Coach in 2021

Mike McCarthy has a 2

If the Democrats win the Presidency, the House and the Senate they’ll be in a position to make future elections easier – politicalbetting.com

For starters Washington DC could be

Can Sergio Perez and