Nine players have progressed to the WSOP Main Event’s live final table after a long night of action on GGPoker. 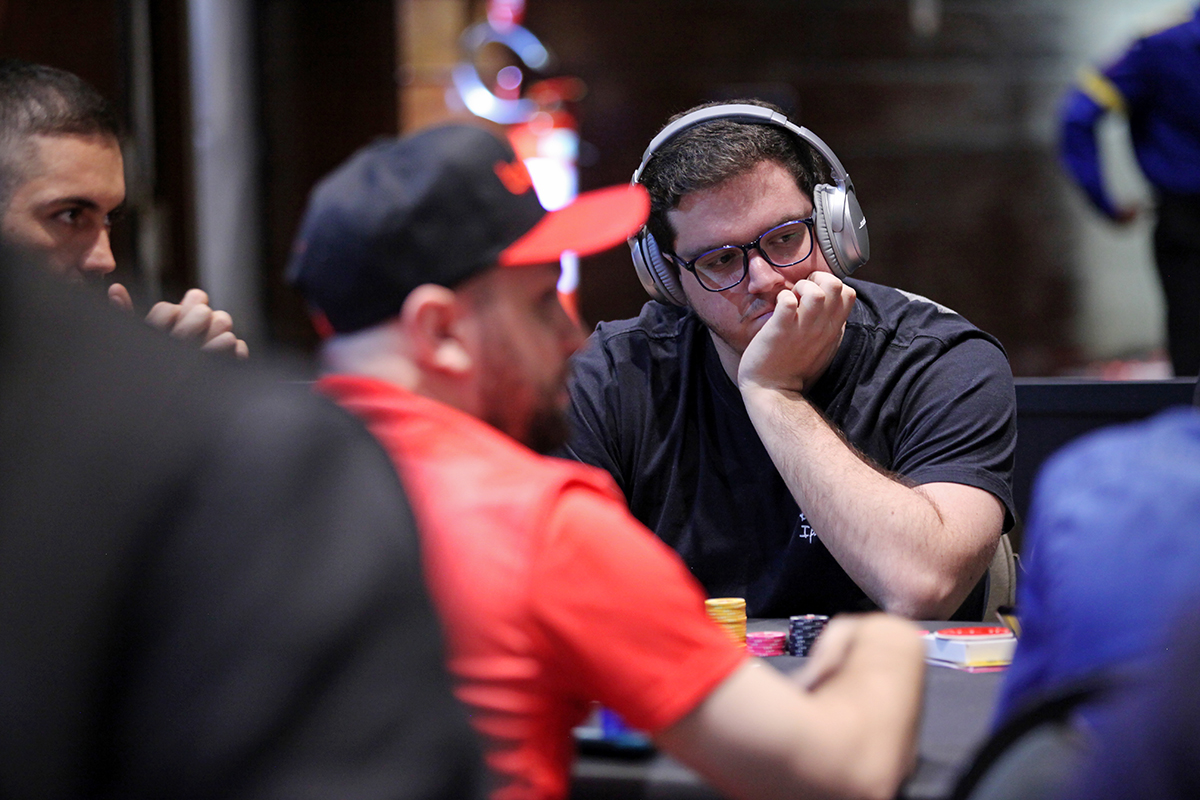 Senthuran Vijayaratnam started the day in front, but fell short of the final table when a failed coup with A♦ 7♠ sent him to the rail in 11th.

Day 2 of the hybrid Main Event took place on GGPoker last night. The chips started flying at 18:00 GMT, but it took until the early hours before the bubble burst.

80 players were due to get paid, which made 81st place the worst spot to be. Despite that fact, the bubble came and went without any drama.

China’s Zhiao He was active as the start of play, but sat out as the session wore on. Unfortunately for him, he didn’t reconnect in time to survive the bubble. Eventually, Zhiao blinded out in 81st place. That meant everyone else made it into the money with very little stress.

With the passing of one milestone came another. Day 2 was set to continue until a final table was set. That meant a few more hours of grinding.

Day 1C’s kingpin, Senthuran Vijayaratnam, started the session on high. At one point, he was well out in front with more than one million chips. As the pressure mounted, a few missteps saw him slip down the rankings.

With two tables left, he made his final move with A♦ 7♠. Vijayaratnam’s three-bet shove was called by Botteon, holding pocket queens.

It took another 20 minutes before the final table bubble burst. Short-stacked Thomas Macdonald was forced to make a move with A♦ 4♥.

Manuel Ruivo raised from first position with K♥ 3♥. Macdonald shoved from the small blind and, after the big blind folded, Ruivo called the few extra chips. The board ran out 6♦ 3♦ Q♣ J♦ Q♠, giving Ruivo a pair of threes and sending Macdonald to the rail.

That pot moved Ruivo to second in the chip counts behind Botteon. More importantly, it brought the online portion of the international WSOP Main Event to an end.

The nine survivors now have to get their affairs in order ahead of the Dec. 15 final table. Per the schedule, the finale will take place at King’s Resort.

All being well, everyone should be able to travel to the Czech Republic. However, with players set to fly in from Brazil, China, and Argentina, COVID-19 restrictions could throw up some unexpected bad beats.

BetOnline Kicks Off New Year With Freerolls And Leaderboard Races

BetOnline is starting 2021 with a bang by adding an upg

How to stick to your 2021 poker resolutions

Jared Tendler is here with some advice on avoiding the co

News: The biggest poker stories of 2020