Brighton should be safe but need new signings


When Project Restart got underway Brighton were just two points above the relegation zone with five of the ‘Big Six’ left to play, prompting many to predict Graham Potter’s side would go down despite possessing such a bright and able manager.

A crucial 2-1 win over Arsenal in their first game back flipped the narrative, reaffirming Potter’s place as one of the most intelligent coaches in the division and reinforcing a sense of quiet revolution at the Amex. Football is a fickle industry. The margins are razor thin. It is perfectly reasonable, then, to say Potter could catapult Brighton towards the top ten, or he could suffer a second-season collapse.

Potter impresses anyone who looks closely enough at what he is doing on the south coast. Brighton are among the most tactically organised – and flexible – clubs in the division, but with little quality at either end of the pitch they are too often overly functional. The patterns are neat and complex in the middle third, complete with intriguing midfield combinations and wide playmakers, but there is very little action.

Only Crystal Palace matches contained fewer goals last season than Brighton’s average of 2.4 per game. It was enough to earn them 41 points and 15th-place finish – their highest ever on both counts – but it fell short of expectations that Potter would bring more entertaining football than his predecessor Chris Hughton. It also means only the slightest drop in form could dramatically affect results.

Although predominantly playing in a 4-2-2-2 formation with wingers cutting infield to create a high-tempo short passing game, Potter regularly switched between 3-5-2 and 4-3-3 and is one of very few top-level managers happy to change formation multiple times within the same contest. He is both proactive and reactive; a tactical mind constantly whirring.

That flexibility is a key strength, and one that prevents Brighton from falling into long ruts. Their manager is always searching for new ideas and isn’t afraid to shake things up if performances dip. However, he can only take them so far while Neal Maupay and Aaron Connolly are their forwards. Brighton desperately lack firepower, scoring a meagre 39 league goals and netting more than once just 10 times (and only three times in 2020). 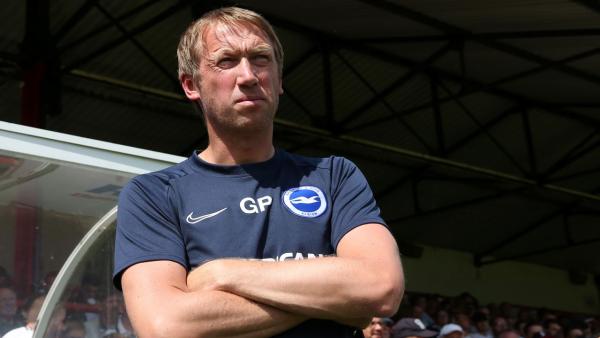 But it isn’t just profligate finishing to blame. Aaron Mooy struggled to create chances, while record signing Alireza Jahanbakhsh failed to live up to expectations and Pascal Gross and Leandro Trossard blew hot and cold. There is decent stability in the Brighton defence, and probably enough to get them towards the magic 40-point mark again, but without investment at the top end Brighton cannot progress further.

Should they find a forward, then the best bet is for Brighton to finish about Burnley, Sheff Utd, and Crystal Palace at 23/10.

Brighton have already signed Adam Lallana on a free transfer from Liverpool and defender Joel Veltman from Ajax, while Ben White returns from a very successful loan spell at Leeds United to surely become a key player alongside Lewis Dunk. Lallana certainly adds creativity and has the movement and positional intelligence to adapt well to Potter’s demands, improving on Mooy – who departs for Shanghai SIPG.

It will be a failed summer, however, without at least one new addition up front. The news is quiet on that front, reflecting the difficulty Brighton have attempting to rival the likes of Newcastle United and Aston Villa for goalscorers. Whether or not Potter gets a striker will define their season.

Brighton fans are aware that Premier League survival is still the top priority, and in that respect even a 17th-place finish should be considered a good achievement. Then again, entering their fourth year in the top flight Brighton are keen to build in a lasting fashion and become one of the comfortable mid-tier sides.

Supporters can realistically hope for a record Premier League finish – 14th or above – and a points tally to match. Brighton’s highlights last campaign were doing the double over Arsenal and hammering Spurs 3-0 in October. With Potter’s tactical acumen, more big scalps are eagerly anticipated. They are 16/5 to finish in the top ten.

Alexis Mac Allister: The 21-year-old’s loan spell at Boca Junior was cut short in January after Mac Allister dazzled in his home country, earning a couple of Argentina caps along the way. He featured nine times in the Premier League last season, and following a bedding-in period should be ready to take the division by storm.

Dunk & White axis: White’s performances were so good in 2019/20 Leeds United bid £25 million to retain him, but Brighton rightly rejected the offer. His ball-playing ability was priceless to Marcelo Bielsa and will be for Potter, too, who can further develop the side’s possession game with White and Dunk at the back.

A devilish run-in: In their final nine games of the season through April and May, Brighton face five of last season’s top nine plus Everton and Leeds. They need to make sure they are close to the 40 mark before that period gets underway with a trip to Old Trafford on April 3.

Monterrey hold a one-goal advantage heading into the seco

At the 2018 midterms, the last time US pollsters were tested in national elections, the Democrat margin was 1.1% better than predicted – politicalbetting.com

Twelve days before what has b