This was a week of emphatics in the Champions League from an English perspective. Handsome wins for Chelsea, Liverpool and Manchester City in their home games won’t have changed any perceptions about either their qualities or their chances in this competition, but their very different yet almost equally comprehensive victories marked them out as a class apart from the other runners and riders.

Will all due respect to Manchester United‘s much-needed win at Villarreal, in which they finished extremely strongly to clinch a place and the last 16 and top spot in Group F, there are an English big three in the Champions League – just as domestically – who are the teams to beat in this season’s Champions League, with only the irrepressible Bayern Munich on the same level.

Manchester City (4.3100/30 favourites to win the competition) and Liverpool (7.06/1) are already assured of first places in their respective groups, snared by wins over Paris Saint-Germain and Porto, and the richness of their displays backs current market confidence to the hilt.

Chelsea, meanwhile, probably still need to beat Zenit in Russia on Matchday 6 to ensure top spot (assuming Juventus put away Malmö in Turin) in Group H, which is worth emphasising as the manner of The Blues’ win over Massimiliano Allegri’s team could easily have you thinking that English dominance of that group was a fait accompli too.

The holders were simply irresistible against Juve, who have been a fixture in the back half of the Champions League for more than half-a-decade, technically and physically better than their opponents in every way in a supercharged version of the team that swept to the title at the beginning of this calendar year.

Thomas Tuchel used the opportunity to flex on his opponents, introducing Ruben Loftus-Cheek and Timo Werner to make handy contributions later on, and not even needing to use Romelu Lukaku after his return to the bench from injury. Even bearing in mind the rarity of holders retaining the Champions League, Chelsea’s price of 8.27/1 is a very good one.

Liverpool showed their desire to continue their excellent form both through the team that Jürgen Klopp fielded against Porto, a stronger one than many would expect, and via their second-half performance, which gradually cranked up the intensity.

They have been the best team in what looked like an incredibly tough group by an absolute mile. City, who were excellent in the first period against PSG before falling a goal behind, showed their versatility in working around a deep, dogged defence – and without creative talent like Kevin de Bruyne, Phil Foden and Jack Grealish, all absent.

The French champions 8.415/2 showed greater discipline at the back than many believed possible but the collective gap between Mauricio Pochettino’s side and City still appears to be a large one (as big as the gap between PSG’s defensive block and the front three, some might say).

Bayern (5.49/2) are one of only three teams, alongside Liverpool and Ajax, to have taken maximum points so far, which is no exaggeration of their dominance of Group E, even if Barcelona are Barcelona in name only this season. 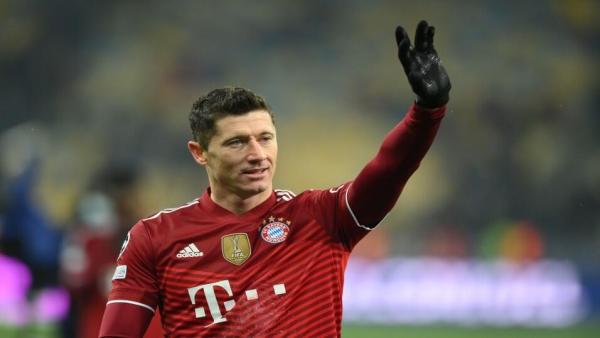 Their arguable high points in the group stage have been the back-to-back wins over Benfica, a good team that Julian Nagelsmann‘s side absolutely destroyed over two games (by a cumulative total of 9-2) without really needing to accelerate much above second gear.

Robert Lewandowski‘s magnificent overhead kick in the win at Dynamo Kyiv was his ninth in this season’s Champions League already, but there is genuine depth in the squad (as evidenced this week, with a number of players led by Joshua Kimmich out for COVID-related reasons).

It really is hard to look beyond this quartet – which is why this is one of those years when finishing top of a group rather than second is important, as other hopefuls seek to avoid the superclubs.

If we’re looking for outsiders then Ajax (22.021/1), the first Dutch club to win their opening five group stage fixtures, and Lille (220.0219/1, who have conceded just three in five games and are unlikely to be distracted by a domestic title challenge in the new year, are of interest at a punchy 220.0219/1.

Yet it takes a vivid imagination to look beyond Chelsea, Liverpool, City and Bayern. And, at the prices, Tuchel’s men look like the most attractive bet right now.