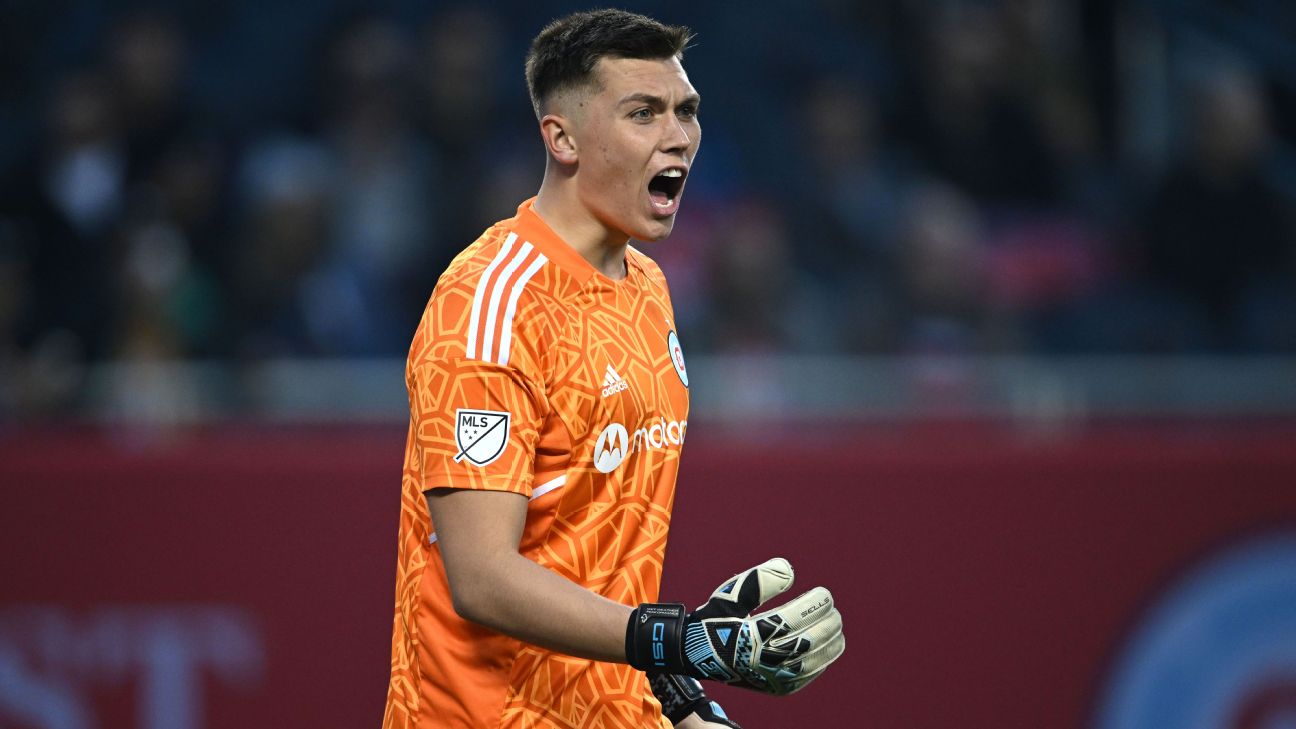 Chelsea has a verbal agreement to acquire Chicago Fire and U.S. youth international goalkeeper Gabriel “Gaga” Slonina for a base fee of $10 million that could rise to $15m with add-ons, a source confirmed to ESPN.

Slonina, 18, is headed to London to complete a medical, and if successful will sign the deal, which will see him finish out the current MLS campaign on loan with the Fire, and then head to Chelsea on Jan. 1.

Slonina has long been considered one of the jewels of the Fire’s academy, and took over the starting goalkeeper spot with the first team last season as a 17-year-old. When Slonina made his professional debut on August 4, 2021, he became the youngest starting goalkeeper in league history at 17 years, 81 days.

Slonina has endured an up and down campaign in 2022, but following Saturday’s 0-0 draw with Atlanta United, he now has 34 career league appearances, with 14 shutouts.

The Addison, Illinois, native has a Polish passport through his parents, but declared earlier this year his intention to represent the U.S., for which he has appeared for multiple teams at youth level.