There has only been one goal in the last three Burnley matches, and Burnley did not score it. These are lean times for Sean Dyche’s side, who are slipping towards relegation and nobody seems to be talking about it. Burned by previous wrong predictions, pundits have failed to notice this is the first time they’ve had back-to-back poor seasons under Dyche, and with Maxwel Cornet out there is very little chance of them scoring goals.

Aston Villa only need to worry about the attacking side of the game, and their ‘christmas tree’ formation is arguably well suited to the unique challenge of playing Burnley. Few teams funnel play down the centre of the pitch as much as Villa, whose dual number tens stand a good chance of overwhelming the visitors’ two-man midfield. Most teams get stuck up against a low-block 4-4-2; but Steven Gerrard is relentless in demanding sharp vertical passes through the middle.

It will require high-tempo football to avoid being sucked into the tedium of Burnley’s style of football, and for that a lot rests with Jacob Ramsey. His energetic performances in recent matches have complimented John McGinn and given Villa a Gerrard-like engine in the middle of the park. Ramsey’s brilliant solo goal against Norwich City shows he can be the man to drive Villa forward and disrupt Burnley’s defensive shell.

Leeds United are in very poor form and it making all the riskiest aspects of Marcelo Bielsa’s tactics look reckless. What threatened to happen at Chelsea did happen at Manchester City; an absurdly large gap between the midfield and defensive lines allowed Pep Guardiola’s side to walk through the middle and create chances at will.

Bielsa’s defensive line is fearfully dropping while the other two lines continue to press, stretching the shape and causing havoc. This will play right into Arsenal’s hands. Firstly, Mikel Arteta expects his players to play vertically through the lines and actively encourages the opposition press with daring passes out from defence. Consequently his team are adept at sweeping past the Leeds players and discovering that midfield space.

And from here, Arsenal will have all the room they need to score goals. Martin Odegaard and Bukayo Saka are superb at dropping between the line to pick up the ball on the half-turn and drive forward. This, together with the added nimbleness of playing Gabriel Martinelli and Alexandre Lacazette, gives Arsenal the momentum and impetus to inflict another heavy defeat on Leeds. 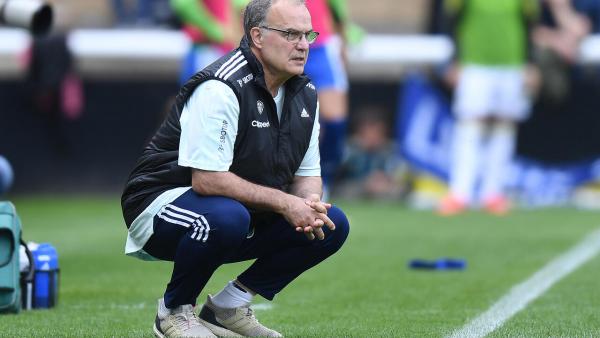 Thomas Tuchel is enduring his toughest time as Chelsea manager, winning just two of the last six games due to injury/illness that has decimated his front line. Romelu Lukaku, Timo Werner, and Kai Havertz have all tested positive for Covid-19 and will miss Sunday’s trip to Wolves, just as they did in a disappointing 1-1 draw with Everton on Thursday night.

Chelsea recorded an xG of 3.2 at Stamford Bridge, showing it was simply bad finishing that prevented them from winning, but these issues will continue at Molineux. Christian Pulisic does not have the movement or instinctive penalty-box play required, which should mean Wolves can do what Everton did: sit deep, stay together, and keep Chelsea comfortably at arms’ length.

What is particularly alarming for Chelsea supporters is that they seemed vulnerable on the counter-attack against Everton, possibly reflecting a sense of anxiety and desperation in their attempts to create chances. With Adama Traore leading the breaks, there is a genuine risk here of a major upset – and certainly Chelsea are likely to drop more points.

Heung-Min Son and Lucas Moura should both be fit to play on Sunday, and these two interacted superbly in the 3-0 win over Norwich City. Their swift interchanges and intelligent dribbling in the number ten space was the first sign of Antonio Conte’s 3-4-2-1 coming together, and with Fabinho absent with Covid-19 Liverpool may well have a weakness in this area of the pitch.

That is the key battle that will define the game, especially if Tottenham Hotspur’s low block holds Liverpool back. Conte will no doubt sit his team deep and instruct them not to press onto Liverpool until they enter the final third, which should successfully block Jurgen Klopp’s team much in the way Aston Villa managed. Steven Gerrard also uses dual unumber tens, and sitting in a narrow formation significantly stunted Liverpool.

However, Spurs’ wing-backs will have a lot to do with the Liverpool full-backs and wide forwards regularly swapping positions. What’s more, the visitors’ high press is likely to catch out a two-man midfield of Oliver Skipp and Pierre-Emile Hojbjerg; Conte likes to pass out carefully from the back and yet neither of these midfielders are good under pressure when facing their own goal. It should be an entertaining game.