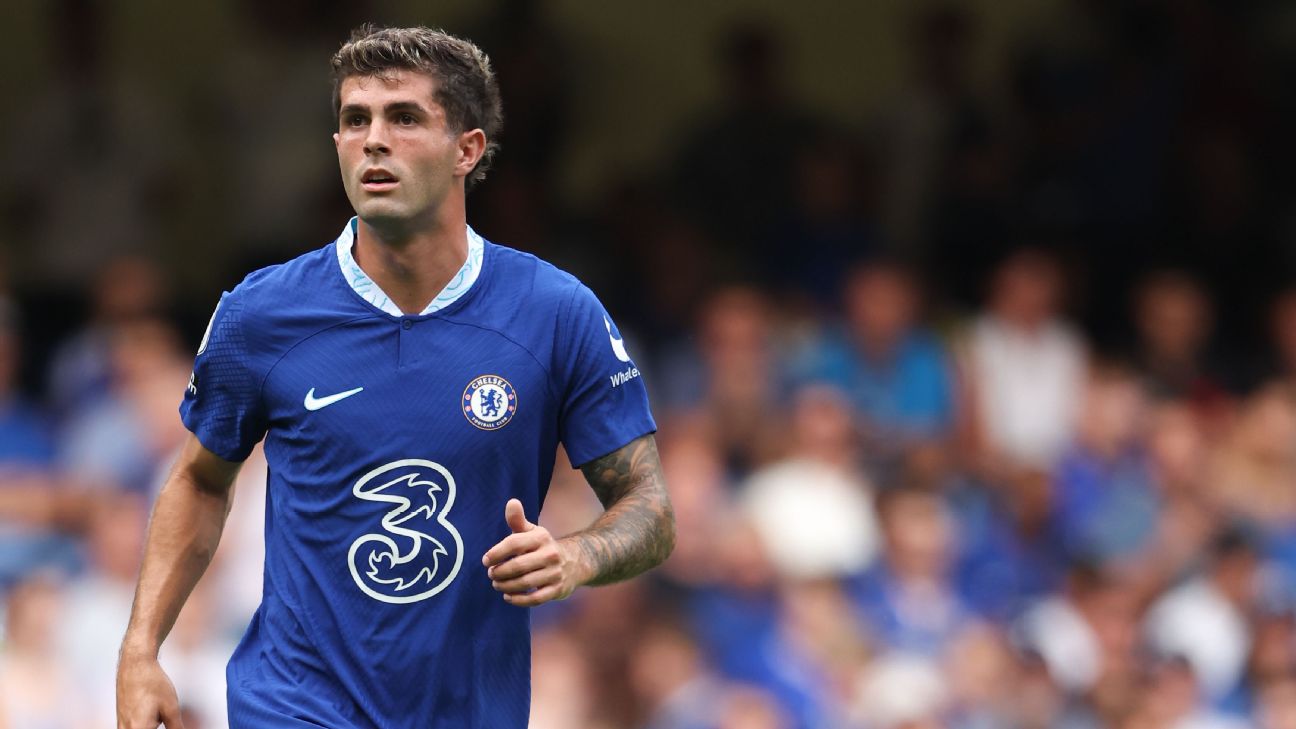 The summer transfer window is here, and there’s plenty of gossip swirling about who’s moving where. Transfer Talk brings you all the latest buzz on rumours, comings, goings and, of course, done deals!

TOP STORY: Pulisic has options if he leaves Chelsea

Christian Pulisic could leave Chelsea this summer with multiple teams across Europe interested in acquiring him.

Chronicle Live reports that Newcastle United have already made an enquiry over the 23-year-old United States men’s international winger. The Daily Mail add that Juventus, AC Milan, and Atletico Madrid are also keeping tabs on Pulisic.

Despite wanting to fight for his place to earn more regular first team minutes, Chronicle Live adds that Thomas Tuchel would be willing to let him leave Chelsea on a loan deal. But while the Magpies are keen to land Pulisic as they look to sign a winger, it is reported that he could be instead tempted by the prospect of playing Champions League football in Europe.

Pulisic has played 30 minutes for Chelsea so far this season, appearing as a substitute in both Premier League clashes against Everton

– Sergino Dest is feeling pressured to leave Barcelona, writes Mundo Deportivo. The 21-year-old right-back was left out of the Blaugrana‘s opening LaLiga clash against Rayo Vallecano, and amid reports that they are trying to acquire a right-back in the transfer market. The USMNT star wants to remain at the club, but has now been linked with Manchester United.

– A new round of talks between Chelsea and Pierre-Emerick Aubameyang‘s representatives have been scheduled as they look to discuss personal terms, reports Fabrizio Romano. Barcelona are currently demanding a €30 million fee for the 33-year-old striker, but the Blues want to ensure that his demands would be acceptable before going ahead and tabling an official proposal to the Blaugrana.

– Wolverhampton Wanderers look set to keep hold of Ruben Neves, with the 25-year-old midfielder planning to wait for Barcelona to make a move for him, reveals Sport. He is reported to be on Xavi Hernandez’s shortlist as a midfield reinforcement, but the Blaugrana may not be able to make a move for him this summer as they try to offload a number of players. Neves is seen as a potential future replacement for Sergio Busquets.

– Crystal Palace are keen to secure a move for Ismaila Sarr, reports Foot Mercato. The 24-year-old Watford winger has been attracting plenty of interest from the Premier League this summer, and it is understood that he is keen to make a return to England’s top flight. He has also been on the radar of Leeds United, but the Eagles are hopeful that they can persuade him to make the switch to Selhurst Park.

– Houssem Aouar has reached full agreement with Nottingham Forest over personal terms, according to RMC Sport. The Premier League side have moved quickly in their pursuit of the 24-year-old midfielder in the last week, and it looks as though they will now try to agree to a fee with Lyon. The first two offers were refused by the Ligue 1 club, but it is reported that they would be willing to accept £15m to part ways with him.