The first three editions of the CJ Cup were played at the Nine Bridges Golf Club on Jeju Island in South Korea but due to the pandemic, last year’s edition was staged at the Shadow Creek Golf Course in Las Vegas, and we return to city this time around, as we take in the Summit Club for the first time on the PGA Tour.

The CJ Cup is a restricted field event with only 78 starters and no halfway cut.

The Tom Fazio-designed Summit Club only opened in 2017, and unlike last year’s Fazio design, Shadow Creek, the Summit is a typical desert venue with bermudagrass fairways flanked by four inch rough.

The average-sized bentgrass greens are undulating and will be set to run at a PGA Tour typical of 12 on the stimpmeter.

There are 62 bunkers on the property and water is present on several holes but it appears more of a feature than a hazard in most instances.

Open champ, Collin Morikawa, is a member and it looks like a fairly easy track that the pros will enjoy so we can expect some low scores. Morikawa’s course record of 62 may even tumble.

Live on Sky Sports all four days, starting at 22:00 on Thursday. Featured Group coverage begins at 15:15.

Other Fazio designs to consider

The only Tom Fazio designed course that we visit season after season at present is the Corales Puntacana Resort & Club Championship course in the Dominican Republic, but the Fazio-designed Congaree Golf Club hosted the brand-new Palmetto Championship on the PGA Tour as recently as June (won by Garrick Higgo) and Fazio also designed the Caves Course, which hosted the recent BMW Championship.

The BMW was eventually won by Patrick Cantlay in extra time after he and Bryson DeChambeau had reached 27-under-par and I suspect we’ll see similarly low scores here so that may be as a good a guide as any with so little to go on.

Fazio also designed another BMW Championship venue – Conway Farms – where we’ve witnessed wins for Zach Johnson (2013), Jason Day (2015) and Marc Leishman and he also designed Eagle Point, the host venue for the Wells Fargo Championship for one year only in 2017.

Fazio has reworked plenty of famous tracks and they include Augusta National, home of the US Masters, Quail Hollow, the Wells Fargo Championship’s venue, the Seaside Course at Sea Island, which hosts the RSM Classic and Riviera Country Club, home of the Genesis Invitational.

In addition to Augusta, Fazio has also worked on a number of other recent major venues. He extensively renovated Oakmont prior to the 2007 US Open (also staged the 2016 US Open) and he’s also been involved in reworks at the East Course at Oak Hill (home of the 2013 USPGA Championship), Winged Foot (2020 US Open), Merion (2013 US Open) and Pinehurst No2 (2014 US Open).

It’s a little tricky to establish how much influence he’s had on some of the reworks as he often worked alongside his uncle, George, but he’s definitely had a heavy hand in changes to Augusta, Oakmont and Quail Hollow. 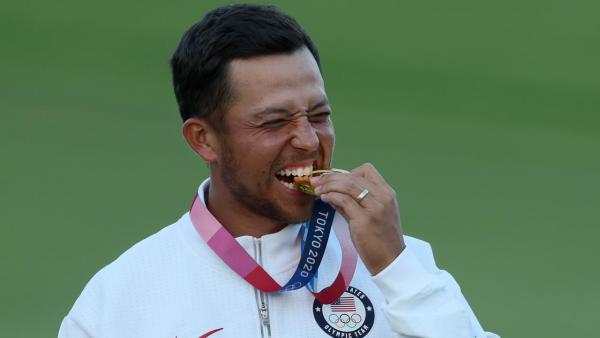 Fazio was also responsible for the redesign of Kasumigaseki Country Club in Japan which hosted the Olympics event in the summer, won by Xander Schauffele.

Is last week’s Shriners a good angle in?

Given the two courses are just a few miles apart and both in the desert, form at TPC Summerlin, home of last week’s Shriners Hospitals for Children Open, should correlate nicely and must be considered carefully.

I’d also look closely at anyone that plays well in the low-scoring Desert Classic, staged at PGA West in Southern California and at the Waste Management Phoenix Open. Both are staged in the desert with the former being a very low scoring event.

As is nearly always the case in low scoring birdie-fests, being up with the pace should be incredibly advantageous so concentrating on the early leaders in-running makes sense.

For example, at the aforementioned BMW Championship at the Fazio-designed Caves Club at the end of August, only two of the top-11 were outside the top-seven and ties and more than three off the lead after round one and the first and second, Cantlay and DeChambeau, occupied the first two places after rounds two, three and four.

In the absence of world number one, Jon Rahm, who’s playing in his homeland at the Andulacia Masters (previewed here) and the playoff protagonists at the Caves Clue, Patrick Cantlay and Bryson DeChambeau, Dustin Johnson has been backed into favouritism and I can see why.

The first of his 24 PGA Tour titles was won at the Turning Stone Resort Championship around the Fazio-designed Atunyote Golf Club, both his majors were won at Fazio-reworked layouts, and he also has a superb record at Riviera. Another track that Fazio has revised.

He loves a low-scoring event, as he showed at the Northern Trust last year, when he pulverised the field with a 30-under-par total, he’s just won all five matches he played in at the Ryder Cup and he has a chance to return to the top of the world rankings.

No.1 #OWGR watch:@DJohnsonPGA will have a chance to regain No.1 with a win at #CJCUP, if @JonRahmpga finishes outside the ~top 15 at @edamvalderrama

Rory McIlroy got the better of Xander Schauffele in the Sunday singles at the Ryder Cup but that was his only lost and he appears to have held his form after his top-five finish in the Tour Championship.

Having finished runner-up to Kokrak at Shadow Creek in this event last year and having won the Olympics around a track that Fazio had reworked, there’s every chance the world number five will take to the Summit and he commands plenty of respect.

He was runner-up to Brooks Koepka at the Waste Management Phoenix Open earlier in the year so he ticks the desert golf box too but he isn’t as prolific as others around him in the market and that just puts me off.

Justin Thomas will be glad when the event returns to Korea (hopefully next year), given he’s won it twice over there and he’s the one I fancy the least at the head of the market.

A fourth-placed finish at both the Tour Championship and the Northern Trust are decent enough recent efforts but he’s been a little frustrating this year. He did win the Players Championship back in March but that was a strange victory. He got super-hot on Saturday to move from outside the top 20 to third and he was arguably a little fortunate on Sunday as the challengers fell away around him. 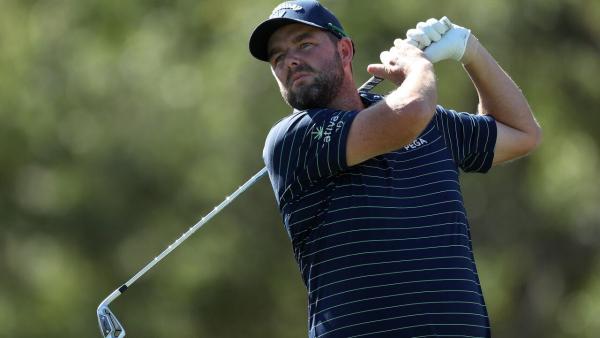 The 37-year-old hacked up at the Fazio-designed Conway Farms to win the third of his six PGA Tour titles (by five strokes in -23) and he won the CIMB Classic in 2018 with 26-under-par total, so we know he loves a low scoring event and a Fazio track and he arrives here in fine fettle after a fourth in the Fortinet Championship and a third last week.

I’ll be back tomorrow with the Find Me a 100 Winner Column.