The cream usually rises to the top at Valderrama and over the decades we’ve seen US Masters winners Tiger Woods, Sergio Garcia, Bernhard Langer, Sandy Lyle, Nick Faldo and Mike Weir all taste success at the intricate tree-lined classic but the last two winners of this week’s event – the (previewed here) – have both gone off at a triple-figure price.

Christiaan Bezuidenhout was a 120.0119/1 chance two years ago and John Catlin went off at twice that price 12 months ago.

I was tempted by Dundee-based Frenchman, Victor Perez, who’s caught the eye in this event in both his previous visits to Valderrama, despite only finishing 26th and 31st.

This unique venue takes some getting to know so it was quite surprising to see him lead after the opening round two years ago when playing here for the first time and after a slow start last year, he was one of only three men to break 70 in tricky conditions in round four.

Victor can emulate Danny and Rafa

It may well be purely coincidental but following Europe’s crushing defeat to the Americans in the Ryder Cup, the two European Tour events staged have been won by triple-figure priced former Ryder Cuppers.

Danny Willett came out of the cold to win the Alfred Dunhill Links Championship in Scotland and Rafa Cabrera-Bello claimed his national title in Madrid.

Victor Dubuisson is more interested in fishing than he is in golf so the chances of him being inspired by watching the Europeans get hammered without him range from fag paper thin to zero, if he even bothered to watch it, but there are other reasons to think the enigmatic Frenchman can contend this week.

Although Dubuisson hasn’t set the world alight this year, his tee-to-green game (always essential at Valderrama) has been solid enough and he arrives on the back of a very decent 12th in the Open de Espana last week where he ranked third for Greens In Regulation. 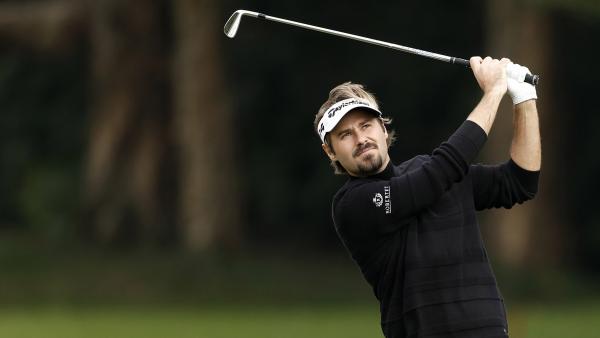 On his only previous visit to Valderrama he finished 20th in 2019 when woefully out of form but it’s no surprise to see the venue suit him. He’s won the Turkish Airlines Open twice around the tree-lined Montgomerie Maxx Royal and his two top-tens this season have both come at tree-lined venues.

He was seventh in the Kenya Savanah Classic around the claustrophobic Karin Country Club and sixth in the BMW International around the leafy Golfclub München Eichenried.

He’s an enigmatic character to say the least but he’s a class-act on his day and the stars might just be aligning.

As highlighted in the preview, the CJ Cup is to be staged at The Summit Club in Las Vegas – a Tom Fazio-designed typical desert layout that’s new to the PGA Tour.

The badly out of form Jason Day plays well at Tom Fazio tracks and so too does Hudson Swafford but he’s been understandably well-touted this week and his price has crashed form a Monday high of 610.0609/1 to just over 200.0199/1.

I wouldn’t put anyone off backing either of those two but in keeping with the Ryder Cup theme, I’ve backed a current European team member, who’s in a rich vein of form and who enjoys desert golf – Tommy Fleetwood.

I’ve documented on countless occasions that Fleetwood is far from easy to get across the line but given he arrives in Vegas on the back of a decent run of form and that he loves desert golf, I’m quite surprised to see that he’s drifted all the way out to 100.099/1. He’s no bigger than 55/1 on the High Street.

In his last three starts, he’s finished second in the Italian Open, 12th in the BMW PGA Championship and seventh at the Alfred Dunhill Links Championship. And he was far from awful in the Ryder Cup.

He and Viktor Hovland drew their Fourball match against Justin Thomas and Patrick Cantlay on Friday before the pair lost 3&1 to Bryson DeChambeau and Scottie Scheffler on Saturday afternoon and he drew his singles match against Jordan Spieth on Sunday.

Fleetwood is yet to sample desert golf on the PGA Tour but he’s a specialist on the European Tour. He has a pair of top-ten finishes at the Dubai Desert Classic, he finished second to Jon Rahm in the DP World Championship two years ago, and he won the Abu Dhabi Championship back-to-back in 2017 and 2018.

The Summit should suit him nicely and he may well contend again.

I’ll be back on Thursday or Friday with the In-Play Blog.