Connor Drinan won big twice on Tuesday to close out the first ever WSOP Online Bracelet Series on GGPoker. He shipped the $10,000 Super Millions event for $1,423,049. In doing so, he won an extra $100,000 from Daniel Negreanu in a bracelet side bet. 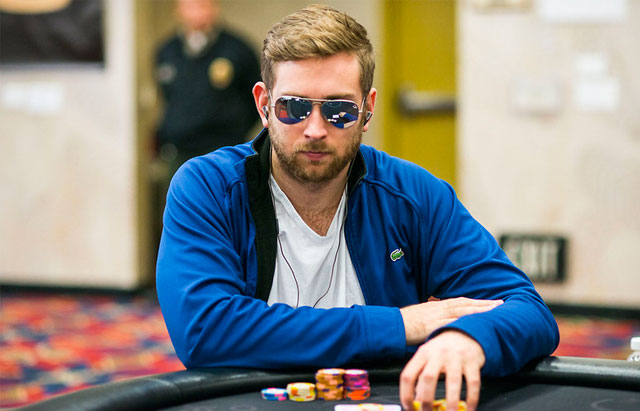 Connor Drinan had quite a profitable day on Tuesday. (Image: worldpokertour.com)

Negreanu had multiple other side bets of which he pushed. He bet up to $100,000 against each poker player that he would win a bracelet something this summer, but failed to do so. However, he didn’t lose most of those bets as they were considered pushes due to the opponents also not winning a WSOP event.

But in one $100,000 bet, he lost because Drinan won a bracelet, and he did so in the final event that finished. Drinan outlasted 899 players for one of the biggest scores of the summer. He won his first World Series of Poker bracelet. The Illinois native also has over $11 million in live tournament cashes and is among the best players in the game.

As is the case with most high-stakes events, the field included many top-notch pros such as Negreanu and Drinan. At the final table, Canadian poker star Christopher Kruk was in search of his first bracelet. It wasn’t meant to be on this day, but he still earned $209,609 for seventh place, his second career WSOP final table.

Chris Oliver from the US took fourth place ($548,450). And then Viktor Ustimov, a Russian, went out in third place, good for $755,754. That left Connor Drinan and Daniyar Aubakirov, who hails from Kazakhstan, to battle it out for the bracelet.

Drinan began heads-up play with a huge lead, about 5-1 in chips. But Aubakirov picked up a few hands and cut the deficit to just 1.5-1. That didn’t last long as Drinan won a big pot with A-9 after rivering trips. Aubakirov called off a large chunk of his stack with just a small pair.

The A-9 was yet again a crushing hand for Aubakirov. In the final hand, Drinan called off Aubakirov’s remaining stack with A-9, and appeared to be in a world of hurt when he discovered his opponent held A-J. The board ran out A-K-4-8 before the soul-crushing 9 landed on the river to finish off the event and the 2020 WSOP Online Bracelet Series.

Let’s Get You Signed Up!

Let's Get You Signed Up! | Red Chip Poker

There have been many occasions where poker players have f

One of poker’s most unique personalities, Sam Grizzle