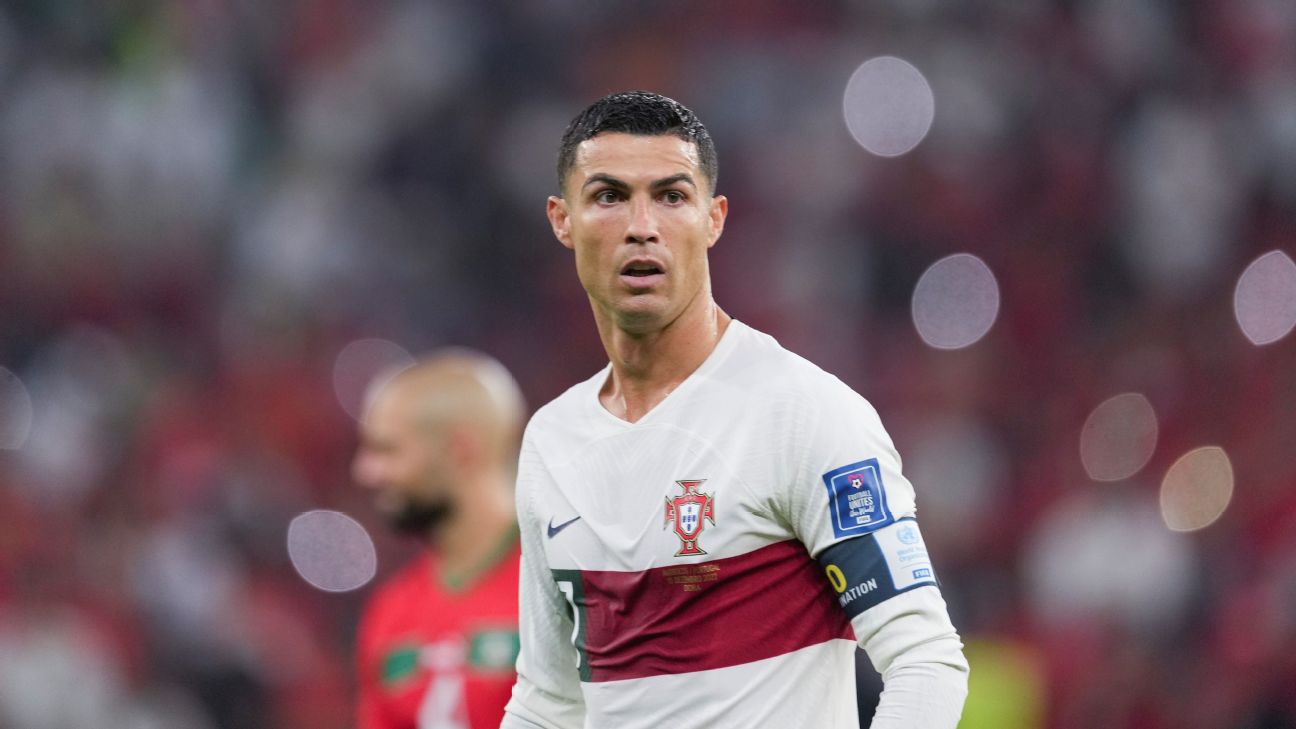 Cristiano Ronaldo trained alone at Real Madrid‘s Valdebebas training ground on Wednesday, sources have told ESPN, as he prepares to take a decision on his future.

Ronaldo, who is without a club after leaving Manchester United last month, returned to Madrid after Portugal‘s exit at the World Cup in Qatar, where he made a second-half substitute appearance in their quarterfinal defeat to Morocco on Saturday.

Sources have told ESPN that Ronaldo asked for permission to train at Real Madrid City on Wednesday to maintain his fitness, a request that was welcomed by the club. He worked alone on a separate pitch, away from where Madrid’s first-team squad were training with manager Carlo Ancelotti.

The relationship between the five-time Ballon d’Or winner and Madrid took a hit when he left in 2018, joining Juventus in a €100 million deal, but has improved since then.

Ronaldo is the highest scoring player in Madrid’s history and won four Champions Leagues and two LaLiga titles in nine hugely successful seasons at the club.

After three years at Juventus, Ronaldo was linked with a return to Madrid last summer before Ancelotti ruled out a move and the forward re-joined United.

– When does the January transfer window open and close?

His second spell at Old Trafford was brought to an end last month after an explosive TV interview in which he criticised United, manager Erik ten Hag and club executives saw him released as a free agent.

Reports have linked Ronaldo with a lucrative move to join Saudi Arabia’s Al Nassr in January, although he denied last week that a deal had been done.

Ronaldo — who led Portugal to their only major trophy win at Euro 2016 — was dropped by coach Fernando Santos during their World Cup campaign, scoring just one goal, a penalty against Ghana, in five appearances at the tournament.