Crystal Palace could go down despite Eze signing


A dull 1-1 draw with Tottenham Hotspur isn’t normally a reason for Crystal Palace to celebrate, but Roy Hodgson desperately needed that point on the final day of the season. It ended a dismal seven-game losing streak in the league. Many Palace fans were surprised to hear the manager would be staying for another year.

But that is not to say that Hodgson cannot turn things around, especially given they have signed the hugely talented winger Ederiche Eze from Queens Park Rangers to play alongside Wilfried Zaha – who appears to have been priced out of a move away from Selhurst Park. If Palace can just sign a goalscoring striker, they ought to have enough to hit the magic 40-point mark for the eighth season running.

Palace are undoubtedly one of a small handful of Premier League clubs in serious danger of finishing in the bottom three, reflected in their odds of 2/1 to go down. That is true most seasons given their stadium size and recent history, but it appears especially the case in 2020/21 simply by virtue of Hodgson having been at the club for three years – a long time in modern football.

Things inevitably wane at about this time in any tenure. The players have heard it all before – the speeches, the tactics, the techniques – and without realising it they begin to go into decline. That certainly looked the case in those final few months of the campaign, and with stadiums set to be mostly empty for the foreseeable future there is little reason to believe Palace can improve on their June and July showing.

Eventually, Palace’s main strength will become their weakness, if it hasn’t already. Hodgson very consistently plays a counter-attacking 4-5-1 formation that relies upon an ultra-narrow and ultra-deep 4-5 defensive blockade coupled with a classic little-and-large striker partnership on the break. Christian Benteke wins the flicks ons and Zaha runs in behind; it is well drilled and executed, but it is looking a bit tired.

Palace are also good at set-pieces, while Jordan Ayew has proved to be a useful player to support Zaha on those counters. he midfield three of James McArthur, Cheikhou Kouyate, and Luka Milivojevic is under-rated for its strength and reliability. However, aside from that Palace are short on obvious strengths.

Defence is a big issue, with centre-backs James Tomkins and Gary Cahill looking their age as the season wore on, although undoubtedly the club’s lack of a goalscoring striker is the most glaring flaw. Only Norwich scored fewer than Palace’s 31 goals; Benteke and Cenk Tosun just aren’t good enough. 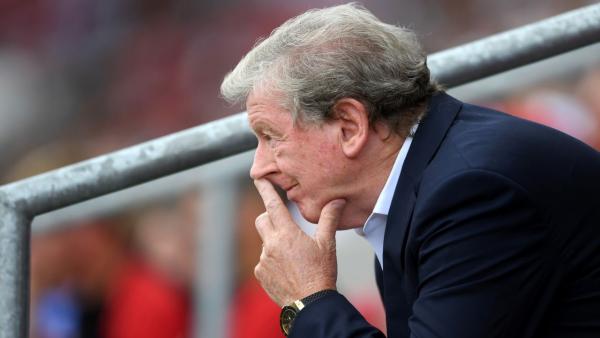 Eze could take the Premier League by storm, and Palace fans had better hope he does because he might be the only big signing of the window. Hodgson has been frustrated by Palace’s business so far, with reported interest in Odsonne Edouard and Brentford’s Olly Watkins seemingly making little progress.

But Hodgson has said publicly that the club are only targeting young players, and that should excite supporters. They have signed 19-year-old Nathan Ferguson from West Brom and hope to complete deals for Conor Gallagher, Flynn Downes, and Armel Bella-Kotchap, all of whom are under 21.

Fans have been disappointed by Hodgson’s tedious brand of football and quite a few would have been happy to see a managerial change in the summer. However, the style of new signing they are targeting – coupled with Zaha’s apparent likelihood of remaining at Selhurst Park – means the club may soon become more attractive watch.

It is a prerequisite for getting the fans on side in 2020/21. Comfortably surviving relegation would technically be a good achievement, but supporters expect more than that. Hodgson surely won’t survive if Palace continue to play dull football and get sucked into a fight against the drop. A top ten finish, priced at 6/1, is a pipe dream.

Villa in May: If Palace are in trouble towards the end of the season then a lot will rest on a potential relegation six-pointer with Aston Villa at Selhurst Park in May. That is one of five games in the final month of the campaign, with the others against Liverpool, Man City, Arsenal, and Sheffield United.

Eze and Zaha together: They have only appeared together in one friendly match so far and already the partnership is showing potential. Against Charlton, Eze started in left midfield and Zaha as the left striker, with both players given licence to roam – and link with each other.

Hodgson out first: Hodgson is priced at 9/2 to be the first Premier League manager to lose his job, which looks a pretty good bet considering how close he came to leaving when the last campaign ended. His time back in Croydon has been a big success, but it won’t be long before the board feel someone with a bit more ambition is needed.