Patrick’s on point at Selhurst Park

Although we’re only 12 games into the Premier League Season, Roy Hodgson’s replacement, Patrick Viera, is already surpassing most pundit’s expectations at Selhurst Park.

Prior to the start of the campaign, Crystal Palace were regarded as genuine relegation candidates, trading at 2.35/4 for the drop. They were matched at a low of 2.01/1 to go down but so well have they started that they go into this weekend’s round of fixtures trading at 22.021/1 in the Premier League Relegation market.

With a 4-3-3 formation, Viera has got the Eagles playing attractive passing, flowing football with centre-backs Joachim Andersen and Marc Guéhi instrumental in playing the ball out from the back. The pair have completed over 800 passes each.

The Eagles have only lost twice so far, 3-0 away to both Chelsea and Liverpool, and yet they’ve already played five of last season’s top-six.

Their 2-0 win away to the defending champions, Manchester City, is the obvious highlight but they’ve been rock solid at home too. Unbeaten in their first six, Palace are looking to go seven games unbeaten in the top-flight for the first time in 30 years.

As impressive as all that is, there are caveats. They’re a point shy of where they were at this stage last season, they’re drawing a lot of games and they’ve only actually won three times.

They’re vulnerable at set-pieces and after back-to-back clean-sheets for the first time this season, they shipped three goals away in a 3-3 draw at Burnley last weekend and only a smart save at the death by Vicente Guaita prevented it from being four.

Gerrard’s Villa seeking to back up his perfect start

Although they lost Jack Grealish to Manchester City in the summer, and their opening fixture 3-2 at newly promoted Watford, Aston Villa’s season started quite nicely.

Like Saturday’s hosts, they were beaten 3-0 at Chelsea but that was their only defeat in five in the Premier League and when they left Old Trafford with all three points at the end of September, Dean Smith receiving his marching orders seemed highly unlikely.

They were knocked out of the League Cup in the week before they beat United but only on penalties away to Chelsea and there was very little indication that they were about to lose five on the spin and that Smith would be on his way out.

Steve Gerard’s appointment was well-received by many and after they deservedly beat Brighton at home 2-0 last weekend, in his first game in with the new boss in charge, thanks to two late goals, optimism for the future is rising rapidly amongst the Villa fans.

Gerrard’s enthusiasm was plain to see but he won’t be resting on his laurels after one game. He described his first game in charge in the Premier League as the ‘perfect start’, but went on to say.

“Really pleased with the players, really proud of them, but it’s only a good start. We need to go and back it up now.”

At odds of around 5/2, Villa are a tempting price in the outright market to go and back up the Brighton victory but there are reasons to be cautious.

The Eagles have won five of their last six home games against Villa (including the last three) and they’re unbeaten at Selhurst Park so far this campaign but odds of around 2.35/4 make no appeal.

The rejuvenated Christian Benteke is the obvious choice in the scoring markets after his brace at Burnley and strictly on the stats, No at odds-against is the play in the Both Teams to Score market given both sides have found the net in only 50% of Palace and Villa’s games so far this season but I can see why Yes is odds-on. 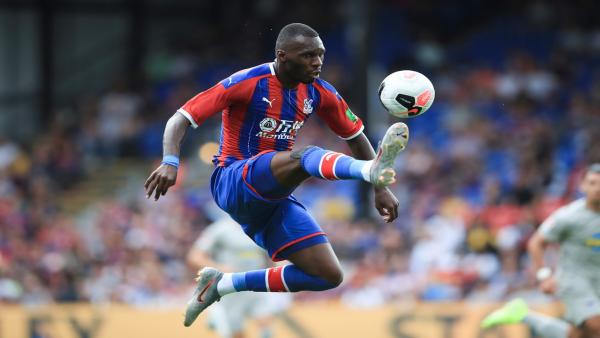 Gerrard will be very keen to kick on after last week. His Villa side will be after Palace from the get-go and goals could well be on the agenda.

This fixture finished 3-2 in favour of the hosts last season, and I can see goals aplenty again this time around given 58% of Premier League games involving Palace, and 58% involving Villa so far this season have seen three or more goals scored. The Premier League average so far is 53% so the odds against for Over in the Over/Under 2.5 Goals market looks fair.

At 33%, both these two clubs are also currently ahead of the Premier League Over 3.5 Goals average of 32% and I’m happy to add a small wager on that outcome too at a juicy price.