When World Poker Tour (WPT) team members express their gratitude, they go all out. I found that out firsthand this week at the WPT World Championship Thank You Party. 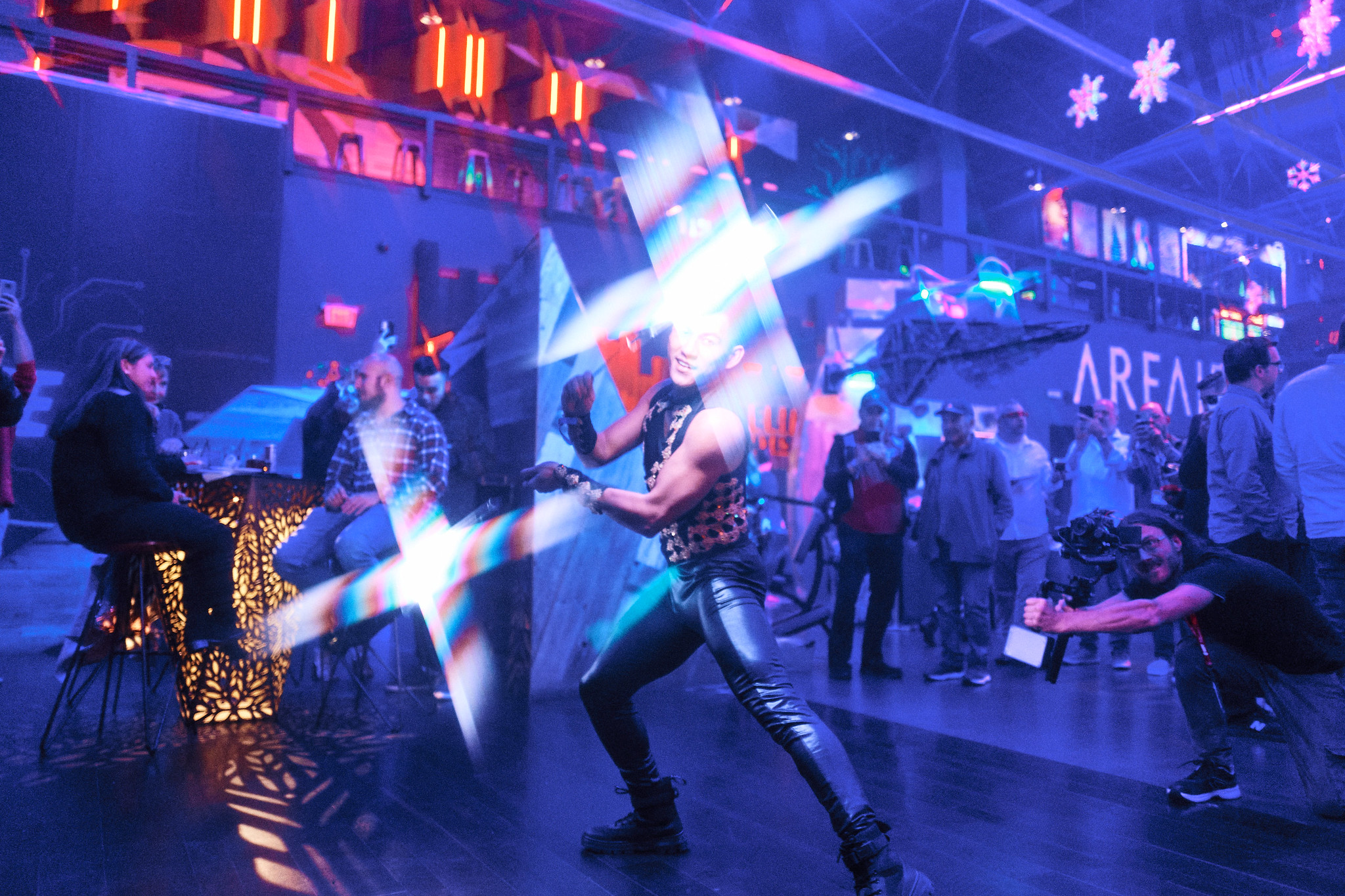 Performers light up the WPT Thank You Party. (Image: Flickr/WPT)

Fresh off a 10-hour flight, I headed over to Area 15, an event and activity space in Las Vegas. There, under the not so aptly named serenity tree, an anything but peaceful scene was unfolding.

DJ Sub Zero was disturbing the peace as poker pros mixed with WPT World Championship qualifiers. That was the vibe of the night and, in my opinion, the series as a whole. Yes, winning a WPT title is the goal for all in attendance, but it’s not the only one. Talking to players who qualified online, the event is about more than poker.

The WPT has certainly scored in this regard. To say I was impressed with the opening frivolities would be an understatement. Of course, this is a personal opinion that’s been somewhat influenced by receiving an invite to the same party as Phil Ivey.

However, it’s a sentiment that, from my conversations, is shared by all in attendance. The WPT rolled out the red carpet for anyone gracious enough to enter an event or qualify via a satellite. 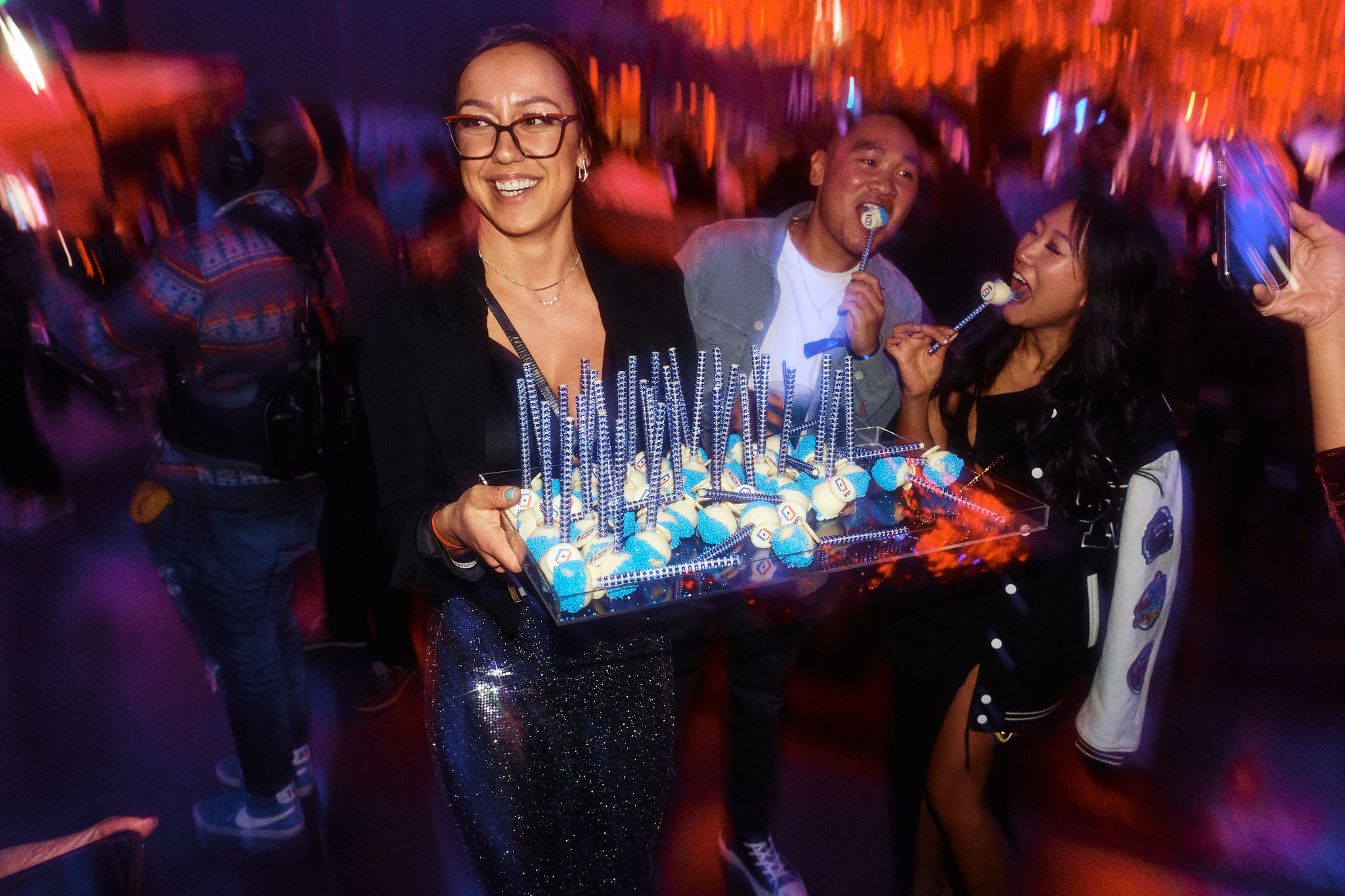 A sweet introduction to the WPT family. (Image: Flickr/WPT)

I knew from the chorus of praise ringing out on social media that people were having fun in Las Vegas and, on Monday, I got to see why. Speaking to those on the dancefloor, “experience” was the word on everyone’s lips.

For qualifiers (and me), getting the opportunity to rub shoulders with Ivey et al is a big deal. David Jorgensen from Canada told me that the hospitality has been unparalleled.

“The whole promotional team at the WPT has done a top-notch job at bringing an amazing player experience. I was saying to WPT Ambassador Brad Owen that you’re all making memories for people here that will last a lifetime. That means so much,” Jorgensen told me.

Everyone wins at WPT World Championship

Those are sentiments I agree with. Even though I’m not playing, the atmosphere here in Vegas is something special. I’ve been to poker events in Europe. I’ve been to the WSOP. This is different. I could wax lyrical about the level of professionalism displayed by the WPT’s team. I could talk about the Wynn’s world-class facilities.

They might be facts, but they miss the bigger point. The point, at least from my perspective, is that this event is a meeting of worlds. Moreover, it’s a renaissance for the industry.

Poker is a top-down industry that needs to be built from the ground up. Million-dollar-winners dominate the headlines and pique the interests of poker insiders and outsiders. However, the industry’s beating heart is powered by stage one satellite players.

Back to poker’s golden age

Giving a plucky poker player a chance to sit down in a $10K event is a big deal, but making them feel part of the community is another. Anyone that’s been around the industry long enough will know what the immediate aftermath of Chris Moneymaker’s 2003 WSOP Main Event win was like.

It was party time. It was a time when anyone felt like they could become a champion. My first impression of being at the WPT World Championship feels like we’ve come full circle. The party was a heady mix of familiar faces, starry-eyed amateurs, and a whole lot of fun.

Alongside specially crafted WPT cocktails and cake pops, there were virtual flying experiences, massage therapists on standby, and, as I’ve said, a DJ spinning some top tunes. In fact, DJ Sub Zero wasn’t the only person getting people in a spin.

When the @WPT thank you party leaves you in a spin #poker #party @wpt_global @CardsChat #LasVegas pic.twitter.com/5MYUlqPaU8

WPT anchor Lynn Gilmartin dazzled in a glitter-clad outfit while a performer lit up the dancefloor with a display that was, potentially, even more dazzling than Gilmartin’s dress (see video above). For me, all of these things were part of a warm welcome to the WPT family.

In my view, poker, as an industry, needs casual players to care. High rollers have provided compelling TV over the last five years, but a $10 SNG player from Oak Ridge, Tennessee, is a million miles from those games.

That’s why the WPT World Championship and everything surrounding it is an important bridge between these worlds. It’s bringing people from all parts of the poker community together and that, for me, is a win. Of course, that could just be the post-party positivity talking but, on this occasion, I certainly think the WPT is onto something.