Davis and the Lakers need a quick bounce back 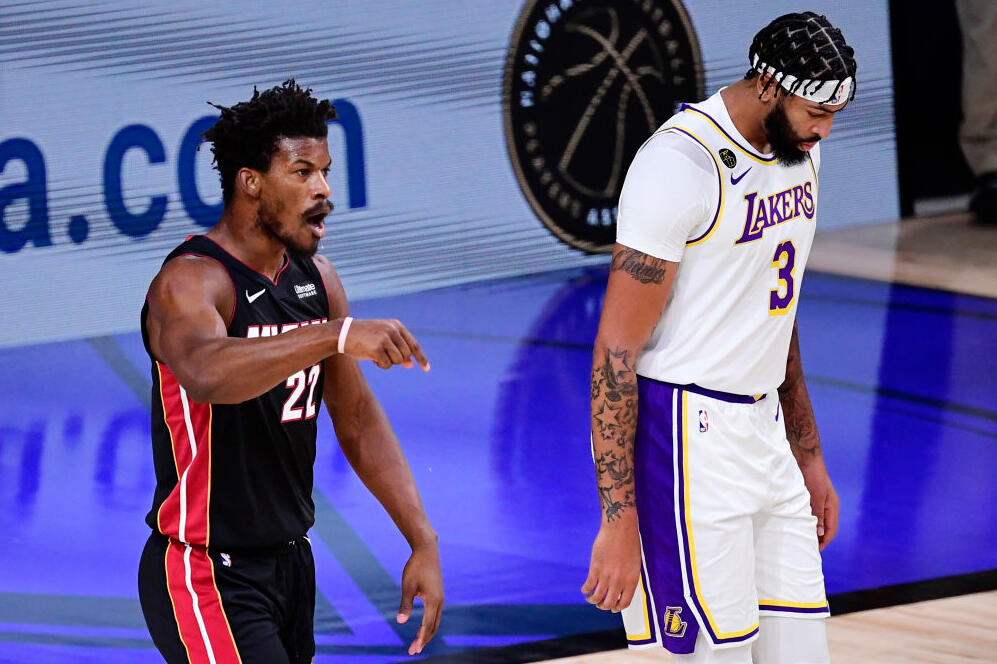 Anthony Davis had a rare down game on Sunday, but he and the Lakers can bounce back quickly and move to within one of the title, says Dave Gray

“In the Lakers three other playoff losses so far they have gone on to win the next four games.”

The Heat, and Jimmy Butler in particular, came up with a huge performance when they absolutely needed it and now they are looking to level the series and get right back into the finals.

The Lakers will be really disappointed with their game three performance. They could have all but ended Miami’s hopes but a weird performance that saw Anthony Davis end with just nine field goal attempts and really gave their opponents life in the series.

Lakers can bounce back again

Davis had been unstoppable in the opening two games and it was a real surprise to see his quiet game. He will almost certainly be more involved and that could be bad news for the Heat. LeBron James put up a solid 25 points and was just two assists from a triple double but he needs Davis to put up more than 15 or the Lakers could be in trouble.

They will hope to react how they have to every other loss in the playoffs so far with a big bounce back performance. In their three other playoff losses they have gone on to win the next four games. And while they will be hoping they do not have to play that many, they would be more than happy with the two wins they need for the title.

The Heat pulled off the big win without Bam Adebayo and Goran Dragic and both of those players could return tonight. They are both day to day but Adebayo seems to be the more likely of the two to make it in time for game four.

While Miami will take a lot of confidence from that win without two of their most important players, it took their best and a Lakers down game for them to get the win. It is unlikely that they will be able to match that and even if they do, Los Angeles are almost certainly going to play better.

Lakers move within one

I just can’t see how Miami can repeat game three. Butler was incredible but doing that in back-to-back games is tough. The Lakers are bound to improve and they have shown that they can bounce back quickly from a loss. Back the Lakers to win and move to within one game of the title.

Nashville SC spent big on Zimmerman, as MLS defender of the year has expansion side dreaming of MLS Cup

In the moments after Nashville's 3-0 win on Friday night

NC One Win Away From the Crown