Reeds sits top of the Race to Dubai standings and is firmly on track to become the first American to finish as European No.1. And the bad news for the chasing pack is that he has plenty of course experience having contested this event four times previously. “This is one of those golf courses where you feel like you are playing the conservative, smart play and next thing you know, you’re struggling to either two-putt or whether it’s to make birdie or par. Rather than some of these holes, it’s almost better to be aggressive.” Second two years ago and in the top 10 in each of his first three visits, Reed also has three top 10s in his last five worldwide starts.

Tyrrell Hatton – World No.10 hoping to end memorable 2020 on a high

“I feel really comfortable on this golf course. The greens are always perfect around here. That’s something I think all the players look forward to.” Hatton ranked 1st for Putts Per Round in two of his first three starts at the Earth Course although he was out of sorts last year. However, he returns as the World No. 10 after superb wins at Bay Hill and Wentworth this season. His confusingly poor record at Augusta continued (MC) but a T23 the week after at the RSM Classic suggests he’s ready to try and end 2020 with a bang and try and put as much pressure on the Race To Dubai leaders (Hatton ranks 9th) as he can. 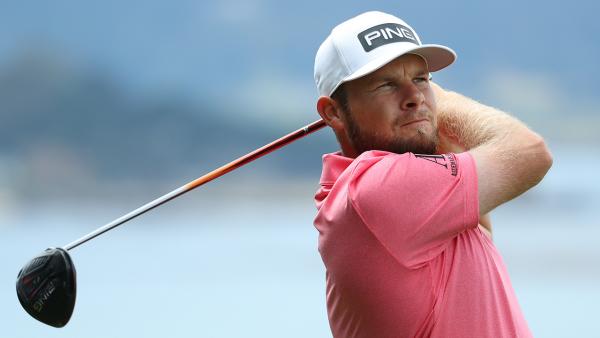 Tommy Fleetwood – Back to Earth could spark Englishman

This was Fleetwood before last year’s DP. “I haven’t had amazing results at the event. It’s not something that we always look at. I do believe in horses for courses, but before I won for the first time in Abu Dhabi, I missed the cut five out of six times and before I won in France, I missed the cut every single time and I missed the cut the year after.” Prophetic words Tommy as he went on to finish runner-up in 2019 after a closing 65. History suggests once he’s cracked a course, he can thrive there again although the downside is some disappointing recent form. He’s an excellent desert performer though and his last three starts on European soil read 13-2-3. He’s second on the Race to Dubai and can overtake Reed with a win so incentive is huge.

Morikawa has played just five counting events on the European Tour this season but a huge purse from winning the US PGA in San Francisco has given him a shot at being European No.1 (ranks 3rd on RTD). It’s a carrot that he can’t turn down so Morikawa heads to the United Arab Emirates for the first time with nothing to lose. In an ideal world, though, he’d want to be in much better form as since T7 at the Tour Championship he’s rather struggled. A T44 at Augusta National continued his flat spell although he’s one of the classiest ball strikers in the game and should enjoy this test.

Viktor Hovland – Norwegian coming in off a win

Unlike Morikawa, Hovland does have some desert form after leaving his US base at the start of the year to contest the Abu Dhabi Championship and Dubai Desert Classic. He missed the cut in the first but improved to T23 in the second so that experience should help. But, of course, his main appeal comes through current form after shooting 20-under to win last week’s Mayakoba Golf Classic and claim his second PGA Tour title. Hovland ranked 1st for GIR in Mexico and has been top 10 in that category in five of his last six starts.

“I think just the way that the golf course plays and the way the holes are shaped, I don’t think the length, I don’t feel like it plays 7,700 yards,” said Fitzpatrick in 2017 when asked to explain why he’d finished fourth and first on his opening two visits despite not being the longest hitter. “Obviously the referees move the tees up and stuff like that, but I just think where certain bunkers are placed, it doesn’t really play that length, I guess.” He added another top 10 last year and earlier in 2020 the Englishman finished runner-up in the Abu Dhabi Championship. The downside is current form: he’s managed just one top 10 in his last seven starts.

Current holder of the hottest player on the planet tag after back-to-back wins in the last two weeks in his homeland of South Africa. How much winning the Alfred Dunhill Championship and South African Open took out of him is the big guessing game this week and if you dismiss it, there is lots to like. Bezuidenout was tied 12th on his debut here 12 months ago and showed an aptitude for this style of golf by finishing runner-up at the Dubai Desert Classic on his last start in the United Arab Emirates in January. Everything about his game looks strong and he has a great temperament too.

Masters winner Dustin Johnson would have been nice but it’s still good news for the organisers to get one of the runners-up on board. Im was superb on his Augusta National debut so it’s rather surprising that he hasn’t made the top 40 in three other of his last four starts. It’s his course debut and, indeed, first appearance in one of the European Tour’s Middle East events. However, he does have some useful form in PGA Tour desert events this year – T13 at the Shriners in Vegas and T10 at The American Express in California. Go back to 2019 and he was T7 in the Waste Management Phoenix Open in Arizona.

With three second places in his last seven starts in the United Arab Emirates, Wallace is a big fan of golf in this part of the globe. The first of those runner-up finishes was on his Earth Course debut in 2018 while the latest came just last week at the Golf in Dubai Championship. The combo of course and current form doesn’t come much clearer than that. Strong approach play and putting was the key to success last week although he wasn’t happy with his driving and the stats bore that out (-2.620 SG: Off The Tee). 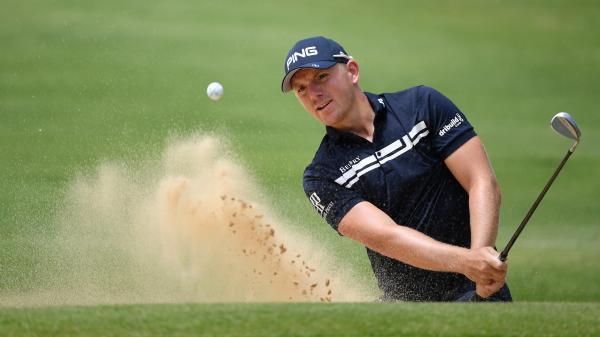 MacIntyre’s top 15 on debut last year looks impressive enough but it was actually even more worthy than it suggests. First, he was battling a wrist injury and, second, he was playing under the pressure of trying to secure Rookie of the Year honours by being the highest first-timer on the Race to Dubai. He achieved that goal and he’s ticked another big one off recently by capturing a first European Tour win (Cyprus Showdown). Strong current form is backed up by some noteworthy desert form. The Scot sounds confident in his game and it’s fair to expect another good week.

Robert MacIntyre missed the top 10 here by just two shots on debut in 2019. And that was when carrying a wrist injury.

I can see two scenarios for bang-in-form Christiaan Bezuidenhout this week: he either runs out of steam or continues his red-hot play. In which case, I’ll back him to achieve the higher target and claim a top 5 at 5.69/2.

Allied to his current play is an improving record in the desert and his low-key temperament suggests there could be enough energy in the tank to challenge for a third week running.