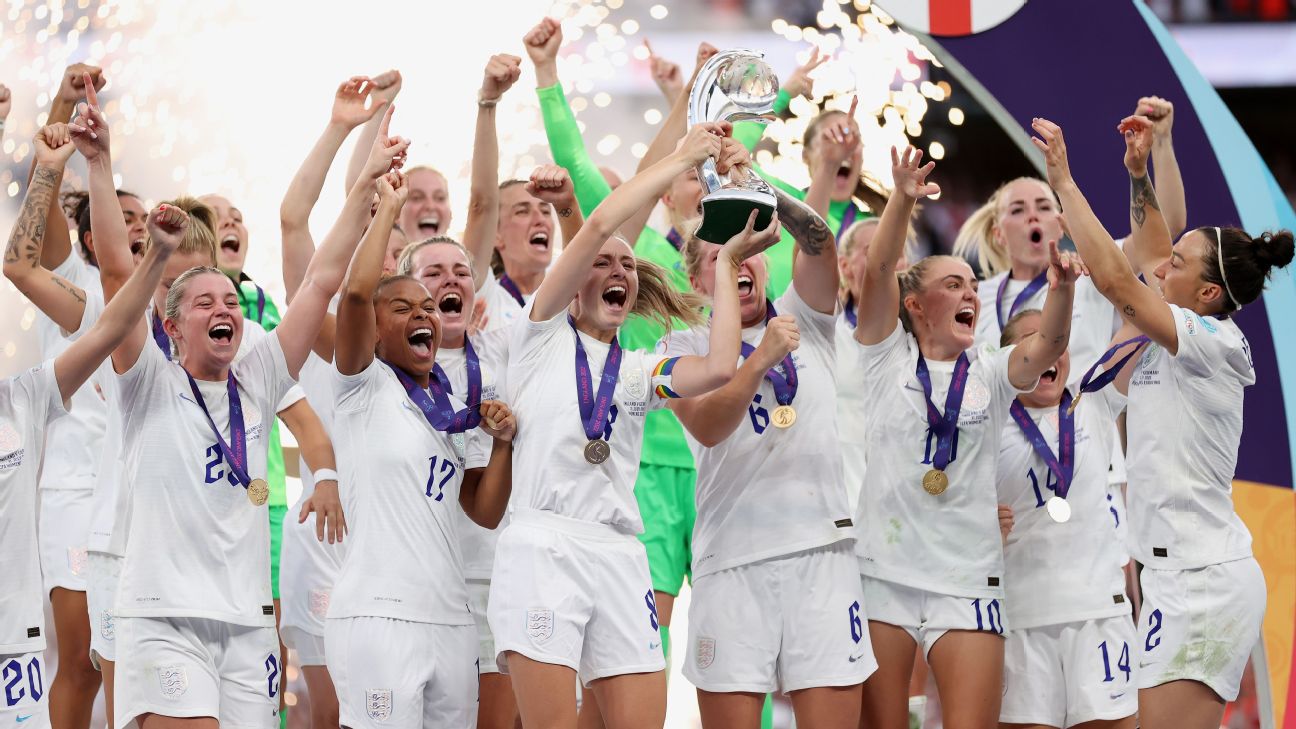 Newly crowned European champions England will take on Brazil in the inaugural women’s Finalissima after Pia Sundhage’s side claimed their fourth straight Copa America title with a 1-0 win against hosts Colombia at the weekend.

A first-half penalty from Debinha was enough for Brazil to seal an eighth continental crown in nine years and set up a showdown with England, who secured a 2-1 extra-time win against Germany at Wembley Stadium on Sunday for their first major trophy.

The match will be played in Europe, with governing body UEFA yet to announce the date and venue for the encounter organised in cooperation with South American football’s governing body CONMEBOL.

The first men’s Finalissima was won by Argentina, with Lionel Messi inspiring them to a 3-0 win over Euro winners Italy in London in June.

A record 87,192 people turned out to watch England lift the Euro 2022 title at Wembley — a larger crowd than in any men’s or women’s Euros match to date.

Ella Toone scored the opener for England and Chloe Kelly poked home a dramatic winner in extra-time either side of Lina Magull’s equaliser for Germany.

England manager Sarina Wiegman, who also led the Netherlands to Euro glory in 2017, hailed the victory as “much more than football.”

“When you win a European Championship, things will change,” Wiegman said of what the win meant for football in England.

“We changed the society and that is what we want. That is so much more than football.”