England were swept aside by South Africa in the World Cup final two years ago but Eddie Jones’ side have the chance to gain a notable win when they face the Springboks for the first time since their defeat this weekend. It was a painfully one-sided final in Japan with South Africa’s physical supremacy and pragmatic tactics overwhelming England in the 32-12 victory.

There is plenty at stake on Saturday at Twickenham as England have the opportunity to do themselves justice against the world champions. England have won both their matches this month with an opening 69-3 trouncing of Tonga.

The hosts extended their winning run over Australia to eight matches after a 32-15 victory last weekend.

Springboks too strong for Scotland

South Africa have claimed victories in both of their matches in Europe this month. The Springboks edged to a 23-18 win over Wales with Malcolm Marx scoring the decisive late try. South Africa followed up with a 30-15 win over Scotland at Murrayfield. Trailing 10-8 at half-time, the visitors upped the ante in the second-half with wing Makazole Mapimpi’s second try putting them clear of Scotland. 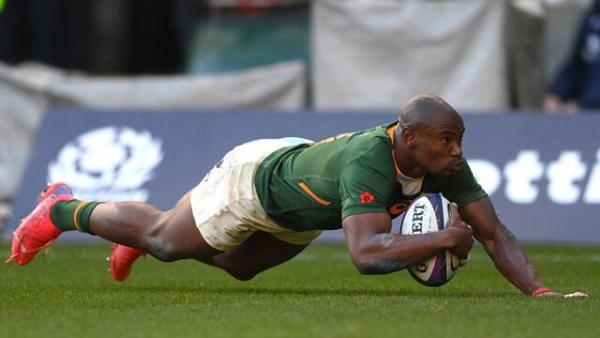 The Springboks have selected fly-half Handre Pollard and scrum-half Cobus Reinach to face England. Lood de Jager also starts at lock in place of Franco Mostert. Coach Jacques Nienaber has opted to rejig his backline to counter England’s threats, handing Reinach his first start since August. Pollard scored 22 points in the 2019 final triumph and his kicking game is likely to be crucial again for South Africa.

Although South Africa won the match which mattered most at the World Cup, England have won two of the last three clashes between the teams. This includes a 12-11 home victory in 2018 and a victory over the Springboks at Newlands.

England have also won the last two contests at Twickenham and home advantage, backed by a sell-out crowd, could give the hosts a slight edge.

The teams can barely be split with South Africa the slenderest of favourites at 1.9110/11. But Jones was extremely bullish in the build-up to this match and England’s pace and dynamism could prove the difference in a tight contest. Smith and Steward can inspire the hosts to victory and a win by no more than 12 points appeals at 2.9215/8.

South Africa may not end the year on a high but one of the world’s most prolific finishers can make his mark at Twickenham. Mapimpi scored twice in the win over Scotland and has a superb record of 19 tries in 24 Tests. The wing also crossed the line in the Springboks’ final triumph over England and is generously priced to strike again at 12/5.