Europa League Tips – Gotze and co to put on a show 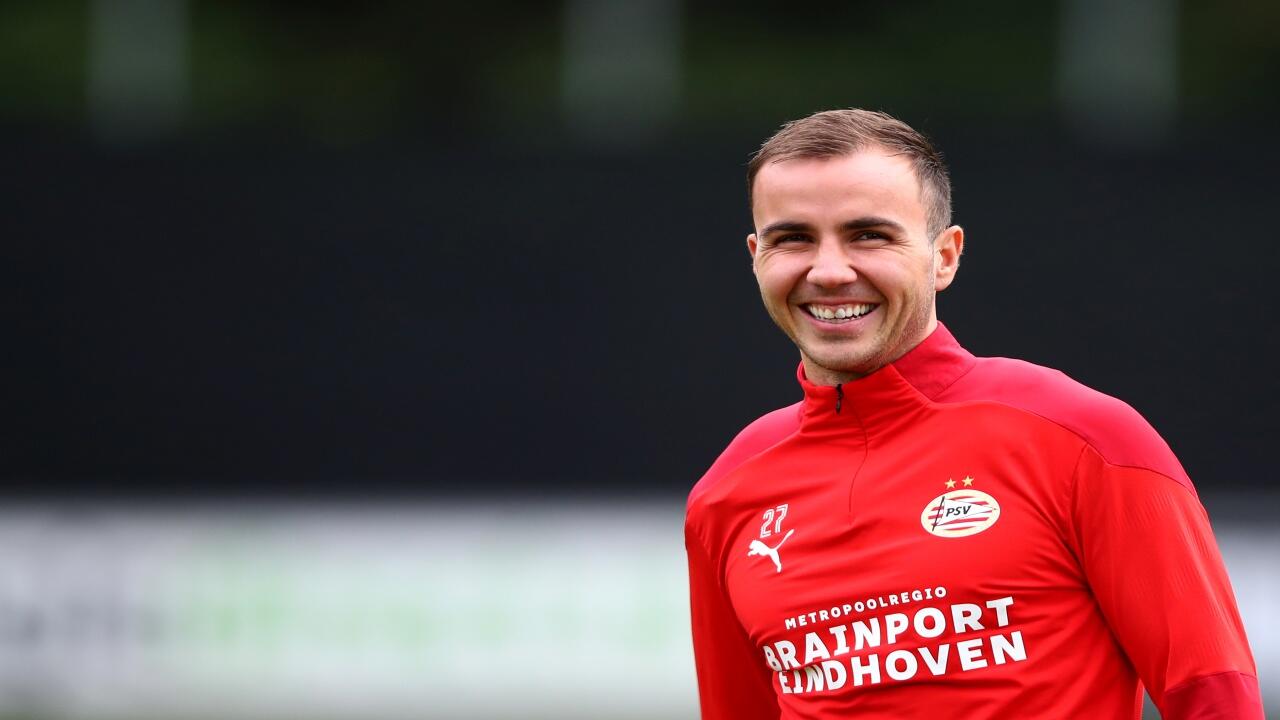 Potent PSV to contribute to a cracker

These are heady days indeed for Granada. They have just beaten Europa League champions Sevilla 1-0 in Liga, delivering a first defeat inside 90 minutes for their fellow Andalusians since February. Their first ever European campaign has been a success so far – wins over Teuta Durres and Lokomotiv Tblisi were expected, but the 3-1 victory at Malmo which nailed down a place in the group stage was highly impressive. I suppose we shouldn’t be surprised by Granada’s success anymore – excellent coach Diego Martinez led them to seventh in La Liga last term.

On Thursday, Martinez and Granada will get a true test. Enterprising German coach Roger Schmidt has made a super start to life at PSV, leading the Eindhoven club to the top of the Eredivisie. New star signing Mario Götze has the perfect introduction, scoring nine minutes into his debut, a 3-0 win at PEC Zwolle. With youngsters Cody Gakpo and Donyell Malen also at Schmidt’s disposal, there’s a feeling that PSV can push Ajax all the way this season.

Granada have scored in every single game they have played this season, and I think they can contribute to a very lively game, with PSV having scored at least twice in all but one of their games. I’ll go for Over 2.5 Goals here at 11/102.1.

Foxes to shake off domestic blues

This has been a strange start to the campaign for Leicester City. The high point was the extraordinary 5-2 win at Manchester City, but the team’s home form has been poor, with three straight defeats and no goals scored by the hosts in any of them. A creaky defence has been further weakened by the loss of Caglar Soyuncu to injury, and the Foxes haven’t kept a clean sheet since a 3-0 win at West Brom on the opening weekend of the Premier League season.

Leicester boss Brendan Rodgers is expected to select a strong line-up for this Europa League opener, with star striker Jamie Vardy among the potential returnees. However, although I don’t think Ukrainian side Zorya will be able to avoid defeat (they have taken just six points from six league games in Ukraine) I do think they might grab a goal. Zorya have scored in all but one of their games this term, and they haven’t drawn a blank on the road since June.

You can back Leicester to win and Both Teams To Score at 11/5 on the Sportsbook.

Giant-killers to play it safe

Having pulled off a major shock by dumping an expensively-assembled Benfica side out of the Champions League qualifiers, PAOK then suffered a serious case of “After the Lord Mayor’s Show” or whatever the Greek equivalent of that would be. The men from Thessaloniki proceeded to lose home and away against Russian side Krasnodar, ensuring that they would once again walk the Europa League path.

Their first step on that path could be a tough one. Cyriot side Omonia caused a stir by knocking Crvena Zvezda out of the UCL playoffs on penalties, having already dumped out Legia Warsaw, although they then failed to score in either leg of their tie against Olympiakos.

I fancy quite a close battle here. Omonia kept clean sheets in Warsaw and Yerevan against Ararat-Armenia, and they’ll try to keep things tight here. A BTTS bet has landed in just five of the last 11 games played at the Stadio Toumbas, and I think backing No in that market is an attractive option at 10/111.93.

It was always going to be tough for Bayer Leverkusen to replace superstar midfielder Kai Havertz and uber-consistent forward Kevin Volland, and the early weeks of the season have underlined that. Bayer haven’t scored more than once in any of their matches so far, and they continue to squander chances in front of goals. Saturday’s 1-0 win at rock-bottom Mainz was their first success in the Bundesliga this term, and it was far from convincing. The absence of newly-acquired centre-forward Patrick Schick because of a thigh injury isn’t helping matters.

Nice make the short trip to the Rhineland in good spirits after an impressive 3-1 win at Saint Etienne in Ligue 1, and Patrick Vieira’s team is just three points off top spot. Big-name signing (literally) Jeff Reine-Adelaide is out with a calf injury, but Nice did fine without him at the weekend.

I was tempted to lay Bayer at 8/131.61 here, but instead I’ll play safe and give Nice a goal start on the Asian Handicap. We’ll only lose if they lose by two goals or more, and Bayer aren’t exactly blowing teams away at the moment.