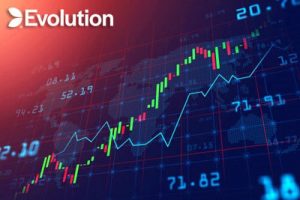 The stock value of Sweden’s premier live casino game provider, Evolution AB, continued to lose value Thursday after disputed allegations earlier this month that the company provides games in unregulated markets and to players in locations that are under sanction by the United States government.

Bloomberg originally reported on the allegations on November 16th and Evolution has steadfastly denied any impropriety.

The allegations came to light on November 12 when senior counsel, Ralph Marra at Calcagni & Kanefsky LLP, made a complaint in a letter to the New Jersey Division of Gaming Enforcement (NJDGE) on behalf of an anonymous client who purports to be a US-based competitor of Evolution.

While Bloomberg notes that they have seen recordings of some of the alleged violations, Evolution laid out a plausible explanation as to why such recordings could exist.

In a statement released Wednesday, an Evolution spokesperson said that the instances could have only occurred via “sophisticated technical manipulation”. The statement went on to say that “active manipulation” of Evolution’s systems was used to create the “impression” that play from countries like Iran or other sanctioned countries was possible.

The statement explained the use of multiple VPNs (virtual private networks) to bridge systems and then disconnecting one of them to make it appear as if a player in the sanctioned or otherwise banned country had connected directly to Evolution’s servers.

Specifically: “This use of Evolution’s content, through an operator that was not an Evolution customer but connected to an aggregator which Evolution has as a customer, was seemingly conducted by first establishing a VPN-tunnel from an IP-address in a blocked country to obtain an IP address in an accepted country. From this IP address a connection through the operator to Evolution’s lobby was made, clearing all geographical IP checks, and a session was established with the browser. Thereafter, the VPN from the accepted IP address was terminated, while the content session remained active in the browser. The first IP address from the blocked country remains active.”

The statement went on to report that prior to the successful manipulation multiple attempts were made to connect from the blocked country but those were rejected.

Evolution didn’t pull any punches when it stated: “This is a deliberate course of action to circumvent a broadly accepted and well-established process to check users’ geographical location, with the purpose of discrediting Evolution.”

In another section of the statement, Evolution explained how it is not ultimately their responsibility who access their games, but that the onus is on the particular casino operator in accordance with gambling regulator rules.

Comparing the provenance of online games with land-based gaming, they note that a slot cabinet provider is not responsible for who the casino’s management lets into the venue or onto the gambling floor, or who plays any given slot machine. The cabinet supplier is not required to know who the customer is, or anything about them as they don’t handle the gambler’s money.

“The same principle applies in the Online Casino market. The control of who plays the game is a strict responsibility of the operator,” the statement read.

More than $11B Wiped from Balance Sheet

As of Thursday morning, 25 November, about eleven billion euros in value had been wiped from the company’s balance sheet in what appears to be a direct response from investors based on the allegations. Bloomberg reported Thursday that the company’s stock had dropped 31% thus far on the week erasing 96 billion kronor to current market cap valuation of just 224 billion kronor – roughly US$25,000,000.

Prior to the drop, Evolution had been a hot stock showing a 73% gain in value so far this year before the selloff that saw its market cap lose 19% of value, the biggest drop since the Evolution IPO in 2015.

Earlier this year a firm that specializes in short sales, Hindenburg Research, alleged that SBTech, a DraftKings Inc., subsidiary was operating in illegal markets. DraftKings maintains that they had performed due diligence and conducted a deep review of the acquisition’s business practices prior to merging with the sportsbetting company. The United States Securities and Exchange Commission is investigating those allegations and DraftKings was subpoenaed in July based on that report.

While it’s still too early to assume such is the case, it’s not uncommon for a certain type of investor to try to manipulate stock prices in order to gain a financial advantage. Investopedia describes the process: “Short and distort (S&D) refers to an unethical and illegal practice that involves shorting a stock and then spreading rumors in an attempt to drive down its price. S&D traders manipulate stock prices by conducting smear campaigns, often online, to drive down the price of the targeted stock.”
Pro-active Internal Review Initiated

Evolution concluded its public statement on Wednesday by stating that it had begun an internal review and was in close contact with gambling regulators at the New Jersey Division of Gaming Enforcement.

Sports Betting Is A Go At North Dakota Tribal Casinos