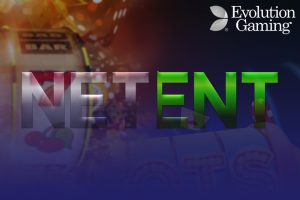 Live casino specialist Evolution Gaming has extended the period for shareholders of Swedish iGaming content supplier NetEnt to accept its takeover offer to November 20, 2020 after the UK Competition and Markets Authority (CMA) said last month that it would announce its decision on the combination by November 16.

Evolution tabled a SEK19.6 billion (approx. $2.2 billion) offer to buy NetEnt in June as it seeks to strengthen its position across regulated European markets and grow its market share in the US where both companies have recently clinched important partnerships with local operators.

The mega-deal that, when closed, will form a B2B gambling powerhouse has been recommended by Evolution shareholders and needs approval from NetEnt’s shareholders. It also needs to be given the green light by competition authorities.

The Malta Competition and Consumer Affairs Authority approved the transaction in late September. It now also needs regulatory approval from the CMA in the UK.

The CMA launched an inquiry into the proposed combination last month to determine whether it would “result in a substantial lessening of competition within any market or markets in the United Kingdom for goods or services.”

The CMA invited interested parties to submit their comments on the deal by October 5. The regulator also said that it would deliver its decision on whether the tie-up could happen by November 16.

Evolution said in June when it unveiled plans to acquire NetEnt that its offer should be accepted by October 26 and that the deal was expected to be finalized on November 2.

With the CMA review expected to be completed sometime in mid-November, Evolution’s Board of Directors extended the acceptance period for the offer to “up to and including” November 20. Other than the extended acceptance period, the terms and conditions of the takeover offer remained unchanged, the company also said in a statement on Monday.

Evolution expects its combination with NetEnt to “create a company well positioned to take significant market shares” thanks to its own position in live casino and NetEnt’s position within the online slots sector.

As mentioned earlier, the deal is also expected to significantly boost the two companies’ expansion opportunities in the fast-growing regulated US market.

Both Evolution and NetEnt have recently announced a series of deals with US-facing operators that will grow their market shares in that market ahead of their combination. Last week, Evolution teamed up with William Hill to supply the operator with its ever-growing Live Casino library.

As for NetEnt, it announced earlier this week that it has gone live with PlayLive! in Pennsylvania where the online casino was launched two months ago.

Single-Event Betting Could Finally Be Coming to Canada