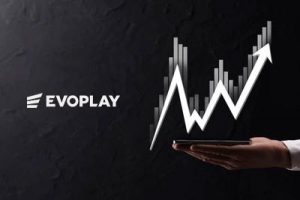 Evoplay, the rising star Ukrainian online casino game developer marked a year of record growth in 2021. The year that’s fading away in our collective rearview mirror was the most successful so far since the creators of Star Guardians was established in 2017.

Several segments of the company had record growth as the overall concern reached collective milestones including several highly coveted industry awards in recognition of its successes.

The past year saw more than two-fold growth in the company’s business to business segment with several new B2B partnerships with brands like MeridanBet, Slots.io, and EveryMatrix.

Revenue grow a bit faster than the number of partnerships in 2021 compared to 2020 with numbers up 258% over the last four quarters. Innovative products such as the online gambling industry’s first successful TPS game, Star Guardians contributed to the growth in revenue. Over 100,000,000 players took part in the third-person shooter 3D adventure with real money results since the game’s launch, with that milestone happening in 2021 as well.

Gross Gaming Revenue skyrocketed 317% with a surge in player rounds of 280% and total bets up over 210% on the year. The launch of Star Guardians and a bold rebrand exercise contributed to the record growth and cemented the studios’ reputation as a game-changing provider of next-generation gambling experiences.

Evoplay CEO, Ivan Kravchuk, said: “We’re immensely proud with what we have achieved this year – we reported significant growth across the company and were able to release revolutionary content such as the impressive Star Guardians game.

“In our short story, we are pleasantly surprised with how quickly we have grown. With this successful year behind us, we now have our eyes set on delivering another year of success and exceptional growth in 2022.”

Kravchuk was awarded the prestigious Leader of the Year award from SBC. Overall the company bathed in the limelight with accolades from its peers with new games like Dungeon: Immortal Evil, and Fruit Super Nova taking home silver and bronze medals at the CasinoBeats Game Developer Awards, adding to kudos for Innovation in Marketing.

One element that contributed to Evoplay CEO, Ivan Kravchuk bringing home the Leader of the Year Award for 2021 at the SBC year-end ceremonies, was the growth of team talent from a small handful of members just 3 years ago into a robust and dynamic clutch of more than 100 members in the year of record operations.

Knowing the pulse of the virtual planet and responding ahead of the curve by developing and releasing games like Star Guardians may have also contributed.

Synergy Blue has found that nearly 70% of online casino owners want games that appeal to “a new generation of gamblers,” in a recent study. Another 81%think skill-based/skill-influenced games are the way to go in order to attract them.

Continuing its fast start to the New Year, Swedish online

Richmond Casino Revote Advances, But Initiative Has Hurdles to Clear