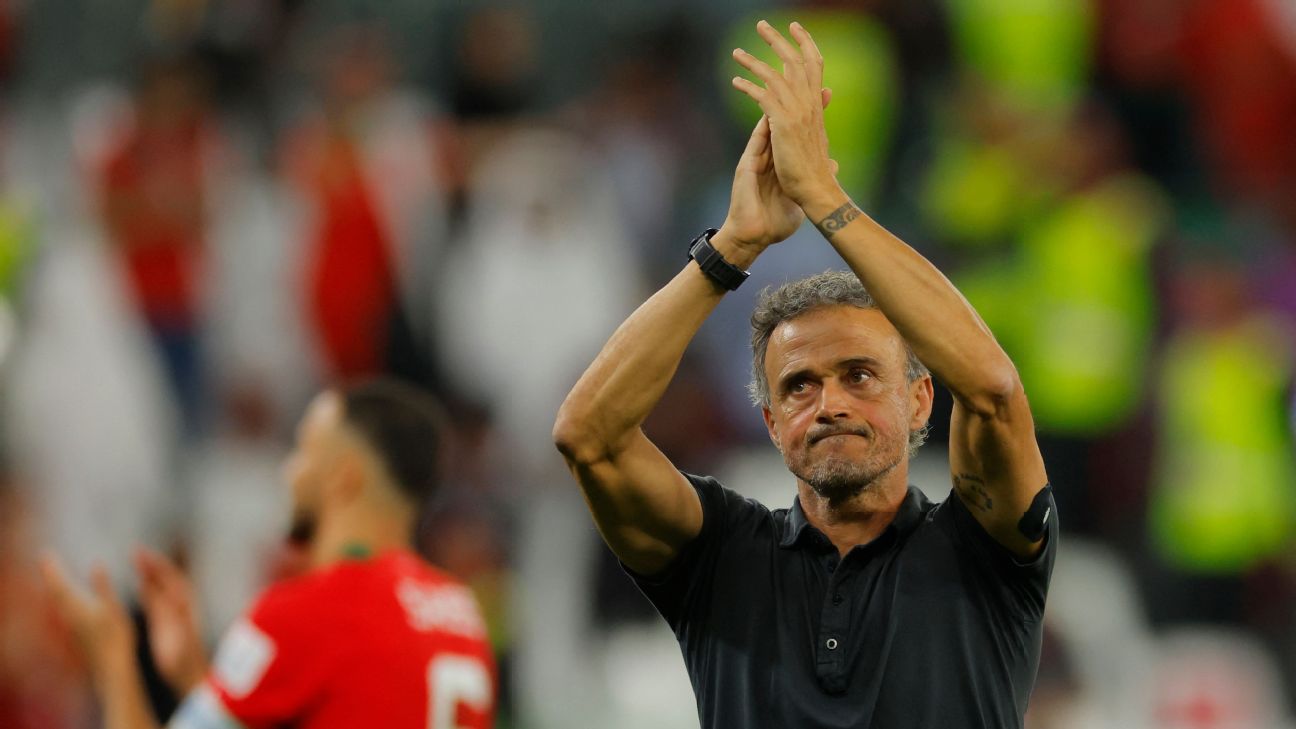 Luis Enrique said he wants to return to club football after losing his job as Spain manager and has “infinite possibilities” ahead despite a disappointing performance at the World Cup.

The Spanish football federation (RFEF) announced last week that they would not be renewing Luis Enrique’s contract after Spain were eliminated by Morocco on penalties in the round of 16, with former under-21 coach Luis de la Fuente presented as his replacement.

“It’s been intense,” Luis Enrique told Spanish streamer Ibai Llanos on Monday, in the only interview he has given since his departure. “My time with the national team is over, and infinite possibilities open up.

“I’m in a moment of my career where I feel excited and ready to take over a club. You can work in more detail and with more precision than you can with a national team. This period [of my career] is over. Unless anything very big or interesting comes up, I’ll wait until next season.”

The 52-year-old coach, who previously managed at Roma, Celta Vigo and Barcelona, took charge of Spain in 2018 and led them to the Euro 2020 semifinals, where they lost to Italy on penalties.

In Qatar, Spain beat Costa Rica 7-0 in their opening game, drew 1-1 with Germany and lost 2-1 to Japan before a penalty shootout exit after a 0-0 draw with Morocco led the RFEF to decide against extending the manager’s contract.

“I think we’ve missed a very good opportunity,” Luis Enrique said. “I look at the semifinalists (France, Morocco, Argentina and Croatia) and I don’t think any of them are better than us.

“Obviously we didn’t play a great game against Morocco, but I take the positives. We’ve done a job since I took over the national team. We got people excited and gave confidence to young players.”

The RFEF had been keen to extend his deal after Euro 2020, Luis Enrique said, but he preferred to delay a decision on his future until after the World Cup.

“I said it was best to wait,” he said. “I think it made more sense. I thought I was going to have to take a decision, but I didn’t need to. It’s the first time somebody hasn’t renewed my contract.”

The former national team boss denied that there was any conflict with the federation over his own decision to broadcast on streaming site Twitch during the World Cup, and said he had few regrets over Spain’s failure at the tournament.

“I think I should have given more minutes to [Paris Saint-Germain winger] Pablo Sarabia,” Luis Enrique said. “We might have lost anyway, but he deserved to play more. I’d make one change [to the squad].

“There’s one player I wouldn’t take. I’d take 25 of them, remove one, and take someone else.”