“Exeter, who were crowned European champions after beating Racing 92 in Champions Cup final, are the firm favourites to win Saturday’s final.”

Exeter are 1/51.2 to win the Gallagher Premiership after it was confirmed they will play Wasps 3/14.0 in the Grand Final on Saturday.

The Coventry-based club’s participation was thrown into doubt when 11 cases of Covid-19 were reported within their ranks in the last week.

Bristol Bears, who were defeated by Wasps in their play-off, were on standby for the final at Twickenham. But the Rugby Football Union, Premiership Rugby and Public Health England officials agreed that Wasps could take part after another round of testing for the virus. The club said “no further players and staff tested positive”.

Exeter, who were crowned European champions after beating Racing 92 in Champions Cup final, are the firm favourites.

They Devon club topped the regular season table by three points from Wasps after 22 matches and trounced Bath 35-6 earlier this month in their semi-final. 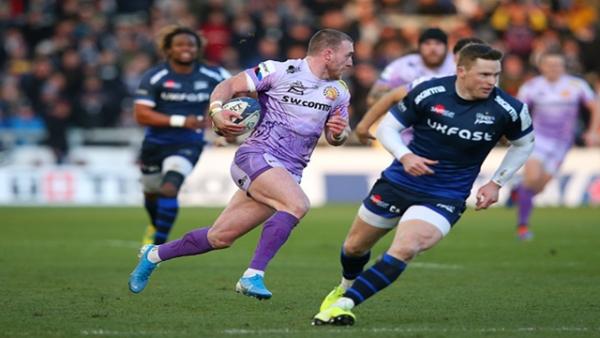 Saturday’s final will be between the two indisputably best teams in this strangest of seasons. The Chiefs would love to wrap up a domestic and European double.

The clubs last met in a final in 2017 when Exeter triumphed in extra-time.

The odds indicate that Exeter should win more comfortably this time. The uncertainty surrounding their participation may have unsettled Wasps but their fans will hope that they can overcome adversity and put in a strong display at Twickenham this weekend.

Will LeBron James and

Dan Fitch thinks there will be few goals when Marseille t

With just two rounds to go in the Champions League group

Borussia Monchengladbach are undefeated in Group B and Da

Maradona’s time at Sevilla was short, but encapsulated his talent, generosity and inescapable demons