Fallon continues to steal the show


Michael van Gerwen is still the outright favourite to lift the Eric Bristow trophy for a fourth time at 5/2, just ahead of Gerwyn Price at 7/2 and Jonny Clayton at 4/1, while Rob Cross has shortened to 9/1 after his impressive victory over Ryan Joyce in the last 16.

Sherrock the star of the show once more

It’s impossible not to get caught up in the Fallon Sherrock hype. In all my years of watching darts, I’ve never heard such a noise as when she beat Ted Evetts at the World Championship, I’ve never seen such an intense and widespread media frenzy unfold in the world of darts and I’m not sure I’ve ever seen a player hold their nerve when they need 170 to win a match, like Fallon did on Tuesday evening.

While we expect greatness from the 27-year-old and know what she is capable of, she still finds ways to leave us awestruck. Needing to win by 5-3 or better in her final group game, she produced a scintillating comeback from 3-1 down, finishing with the biggest finish of all, the big fish.

There was also a 141 checkout to make it 3-3 which was arguably a more impressive shot under immense pressure given that Gabriel Clemens, who did little wrong in the match, was waiting on 76 to get the leg that would have knocked The Queen of the Palace out of the tournament.

She is one of the greatest at holding her nerve and remaining composed, even when us spectators are struggling to remain calm but she has also matured and developed as a player since her Ally Pally exploits.

Next up for Fallon is one of the players she beat at the World Championship, Mensur Suljovic.

It’ll be interesting because I think both players are in a better place. After over four months away from the tour, the Austrian is rejuvenated and throwing some of the best darts we’ve ever seen from him while Fallon herself is much improved from that magical night in 2019.

Sherrock has already created history with the highest televised average by a female player and by becoming the first woman to make it past the group stage at the grand slam, she’s now 39/20 to go on and beat Suljovic. 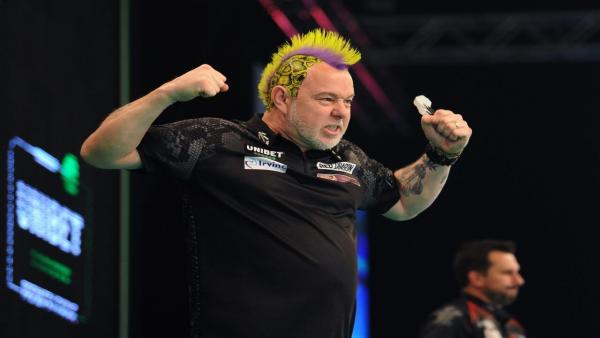 Whilst not reaching his Matchplay winning levels, Peter Wright has played a lot better in this tournament than he has over recent months but even by his own admission, isn’t quite playing good enough to win the tournament just yet.

However, in this longer format which most top players prefer, I’m intrigued to see whether he can now raise his game and effectively deal with the greater threat he should face in the knock-out stages.

Snakebite has been very open about struggling to find motivation recently but as the hunger and determination return, hopefully so will the spellbinding performances that have deserted him of late.

I think Peter will be the player to inflict Grand Slam defeat on de Sousa and he’s 5/6 to do so.