French police prep for clashes with Moroccan fans in Paris 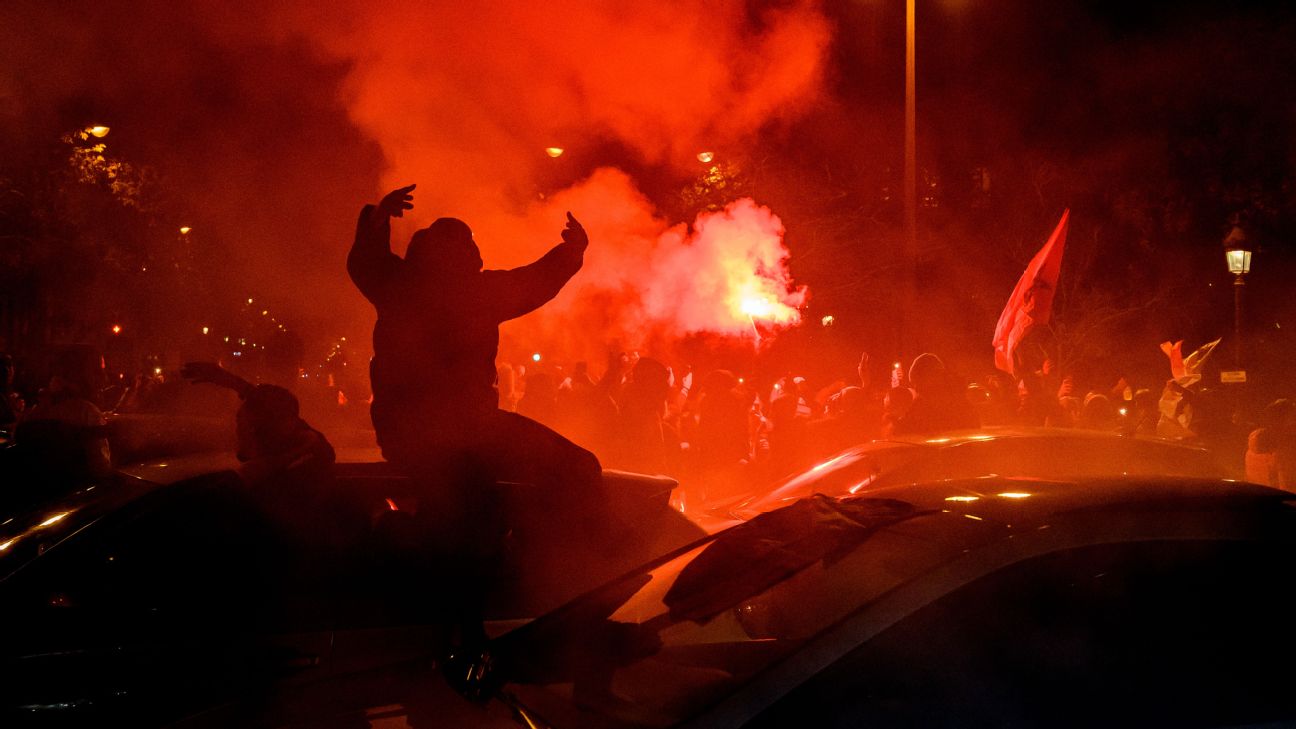 Police in France geared up for the country’s World Cup semifinal against Morocco on Wednesday, after scuffles which followed last week’s Moroccan quarterfinal win over Portugal.

Some 10,000 police officers will be mobilised nationwide, of which 5,000 personnel will be posted in the Ile-de-France region around Paris and some 2,200 in the capital, double the security staff than for earlier key World Cup matches, Interior Minister Gerald Darmanin said on France 2 television.

“Our Moroccan friends, just like the French supporters, are welcome to organise a party and our job is not to stop them from partying … but this will have to be done under good security conditions,” Darmanin said.

Clashes had erupted in Paris on Dec. 10 after Morocco defeated Portugal as victory celebrations with waving flags and honking soon turned into violence on the streets as rioters thrashed storefronts, forcing the riot police to use teargas.

France is a former colonial ruler of Morocco and has a large Moroccan diaspora, concentrated mainly around Paris and the Mediterranean coast area.

While ethnicity figures do not exist in France, estimates put the number of Franco-Moroccans and Moroccans living in France at about 1 million.

Darmanin said the Paris Champs Elysees — a 70-metre-wide avenue that is often the focal point for spontaneous sports celebrations as well as demonstrations — will not be closed on Wednesday.

He said it might be closed on Sunday evening following the World Cup final.

The Paris police prefecture said security forces will focus on the Champs Elysees to prevent vandalism and aggression.

In order to prevent traffic jams in the city centre, several exits of the peripherique ring road around Paris will be closed from 10.00 p.m. CET and access to some metro stations will be limited.

From around 6.00 p.m. CET, two hours before the start of the match, some 500 checkpoints will be put in place in Paris and other areas and fans will be searched for fireworks and smoke bombs.

Darmanin said that much could depend on the weather, as France is experiencing an unusual cold spell, with temperatures below zero and snow expected in a large swathe of northern France.

“The weather, which is not very suitable for outdoor gatherings, but we expect that no matter the weather, people will want to express their happiness, which is indeed legitimate,” Darmanin said.