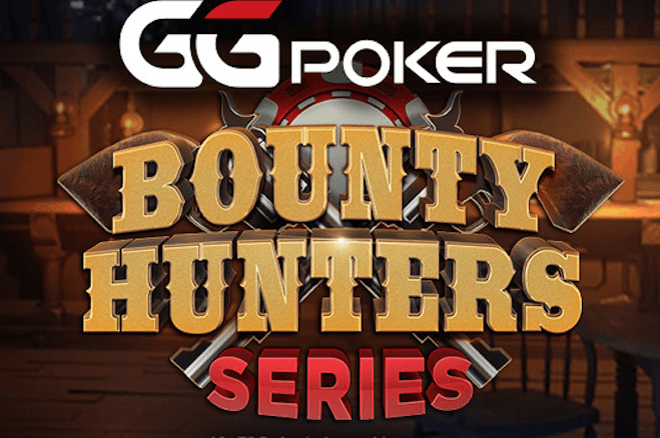 The Bounty Hunters Series at GGPoker has been a huge success thus far.

The festival guarantees at least $40 million across hundreds of events from Oct. 11-25 at GGPoker. The rake throughout the festival is just five percent! This is the standard rake for bounty tournaments at GGPoker with most other events featuring a rake of eight percent, which is lower than what was the industry standard.

This included 69,662 players that qualified for Early Bird Bubble Protection. Players in this group were eligible to have their buy-in refunded if they finished on or near the bubble depending on the number of entrants.

The GGMasters is one of the most popular events at GGPoker. It began with a weekly freezeout event on Sundays with a $150 buy-in featuring a $500,000 guarantee for most of the year.

More recently, GGPoker has added a $25 daily GGMasters (except on Sundays) with a $50,000 and a High Roller version on Sundays with a $1,050 buy-in and a huge $1 million guarantee.

These events have been transformed into bounty events with a small amount added to the buy-in to even out the progressive bounties at the beginning of each event.

Players in these events can not only earn leaderboard points for the GGMasters Player of the Year which awards a $500,000 GGPoker sponsorship to the winner but also can climb the Bounty Hunter Series Leaderboard, which guarantees $100,000.

There were a total of eight events during the first seven days of the Bounty Hunter Series. The combined prize pools reached $1,962,730 to crush the $1,800,000 in guarantees.

Win Big in the Bounty Hunters Series at GGPoker

Even More Value with the $100K Bounty Hunter Series Leaderboard

As we already mentioned, there are more perks in the Bounty Hunter Series than progressive bounty events with huge prize pools and low rake. GGPoker offers even more value with its Bounty Hunter Series Leaderboard that guarantees $100,000 to be paid out to the top performers in the series.

Players earn leaderboard points based on their finish and prize pool in any Bounty Hunter Series event they cash or bubble.

The leaderboard is generously awarding at least $100 to the top 100 players at the leaderboard with $100,000 guaranteed to the winner. Here is a look at all the prizes on tap.

Idris Ambraisse has been the star of the show after the first week of the Bounty Hunter Series at GGPoker having impressively won four events (listed below) to go along with 11 total final table finishes.

The French poker player has won big, having cashed for $339,720.58 and is sitting pretty on top of the Bounty Hunter Series Leaderboard with 5,289.60 points.

Instead, he was awarded his biggest cash of $162,525.69 after finishing runner-up in the BHS 176: Super MILLION$ $10,300 Bounty Hunters boasting a tasty $1 million guarantee. This event featured what might be the biggest online bounty online with a $5,000 progressive bounty on each player’s head.

Ambraisse success at GGPoker isn’t limited to just the Bounty Hunters Series as he has amassed a total of nearly $1.7 million at the online poker network.

There is still enough time left for players to catch up to Ambraisse for the top spot at the leaderboard, so stay tuned at PokerNews for updates on this developing story.

Boost Your Bankroll With the GGPoker Welcome Package

There is still plenty of time to get in on the action of the Bounty Hunters Series at GGPoker.

Don’t have an account? Download GGPoker via PokerNews and get set receive plenty of rewards when you deposit at least $20.

You’ll get $40 in free tickets over the first six days following your eligible deposit, no strings attached! All free tickets awarded as part of this promotion will expire after 30 days

But to grab up to $60 in additional rewards, simply play All-In or Fold on each of a six days. Hit the daily hand targets to claim up to $45 in cash. Complete all 6 AoF Challenges and get a $15 GGMasters Satellite Ticket on Day 6!

What Does Another WSOP Main Event Mean for Poker?

Your Ultimate Guide to WSOP Main Event Satellites at GGPoker

Some Casinos in England to Reopen but Regional Lockdowns Return