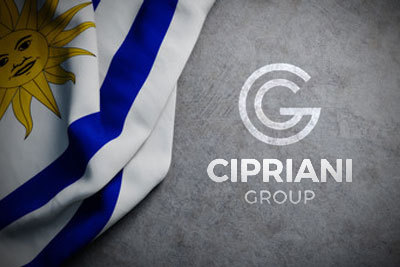 The former Hotel Casino San Rafael in Punta del Este, Uruguay has been greenlighted by lawmakers there for a reconstruction project that will see a hotel tower at the casino resort reach a height of 302 meters or about 990 feet.

According to local reports, the Maldonado Departmental Board reached its decision in the positive during the early morning hours of Wednesday, December 14.

The outlet reports that the project was authorized after a certain Egyptian investor in the casino had exited the project, according to sources familiar with the matter.

Reactions from local leaders were mixed with opposition members calling the development nonsense in terms of urban planning and they questioned whether funding would ever actually take place. Maldonado mayor Enrique Antía applauded the decision as “great news”.

The source familiar with the matter was reportedly involved in an online meeting from a location in Qatar and they explained the reasons for the Egyptian businessman’s departure from the project. According to the local press, the source had introduced the Egyptian investor’s interest in the project to the mayor in February.

The source familiar with the negotiations surrounding the project was Italian businessman Giuseppe Cipriani and the Egyptian investor was one Naguib Sawiris.

County board president, Darwin Correa announced on his Instagram account: “We are working in a works committee; we met via Zoom with Giuseppe Cipriani, representative of the investment group that he leads, in relation to the construction of the hotel with casino and real estate development in San Rafael. In his own opinion, in the coming months and once the financial difficulties have been overcome, the work can begin, which will bring progress, well-being, and many possibilities to our people,” the report said.

The mayor declared toward the end of the Zoom meeting that all but one or two of the council members were confident that the project would proceed.

Mr. Cipriani had reportedly warned that if the departmental legislature’s approval continued to stall he might also withdraw from the project.

“The investor left because he had been left standing there for too long,” explained Cipriani, and he cautioned, “If we wait a little longer, (Grupo) Cipriani will also leave.”

In late 2019, the Cipriani Group announced plans to invest $450 million in the property to develop a world-class casino resort that originally opened in the late 1940s. The former San Rafael Hotel had been closed since 2011 before Cipriani acquired it in February 2019 for $40m.

According to the announcement, renowned Uruguayan architect Rafael Vinoly was to design the nearly 2m sq ft (183,360 sq m) complex which was to be built in two phases. A list of the tallest skyscrapers currently found in the city can be seen (here).

The Cipriani name is known in the US for its 65th-floor Rainbow Room at the top of 30 Rockefeller Center in New York City. The group has developed several international properties including a $40m five-star hotel and casino in La Barra, Uruguay.

The company’s attraction to the coastal Atlantic city of Punta del Este is obvious with the resort area’s three casinos and a reputation for being known as ‘the St. Tropez of South America”. Cipriani S.A. is domiciled in Luxembourg.

Las Vegas Strip Rated One Of Most Photographed Roads In US