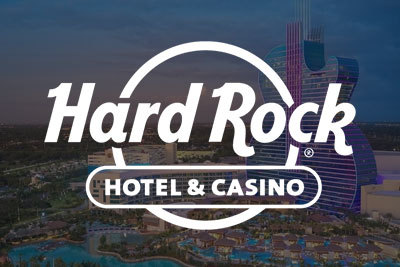 Hard Rock International will open the first casino hotel on the Las Vegas strip owned by a tribal enterprise after the Nevada Gaming Control Board approves the sale by MGM. The board has recommended approval of the $1.075 cash purchase which will see further investments of at least a billion dollars before the official grand opening.

On Wednesday, Hard Rock International chair Jim Allen gave the control board a nearly four-hour-long presentation outlining the Seminole Gaming plans which include a giant guitar-shaped hotel and expansion of every other element of the property.

The property itself is owned by REIT VICI Properties, which is expected to lease it to the Seminoles for $90 million a year on a long-term lease spanning 25 years with the possibility of three 10-year renewals.

While the plan still needs approvals from Clark County, Allen said the plan is to build an all-suite hotel in the shape of a guitar much as the company has done at the Seminole Hard Rock Hotel Hotel & Casino Hollywood in Florida.

“People thought I was completely crazy when we said we are going to build a building in the shape of a guitar,” Allen said. “Now, it has become an international icon. It’s amazing the tourism we receive in that building. I made a huge mistake by not building it big enough; the building has already exceeded its year six-, seven-, and eight-year projections. We think this will become another icon in the Las Vegas Strip skyline.”

Gaming Control Board member Philip Katsaros said: “It’s historic. This property is iconic, because it triggered the rebirth of the Strip that we see today. This is going to elevate the game for everybody on the Strip. We have a new competitor in town.”

The Mirage was built by Steve Wynn in the 1980s and featured the first “bigger than life attraction” on the Strip with an artificial volcano that erupts nightly.

Opening his presentation to the board, Allen said: “We present you today not just a rebranding of the Mirage with a new sign and new carpet. We anticipate spending billions of dollars and creating a new destination resort on the Strip. We’re very proud it sits on the 50-yard line. It is God’s gift.”

In addition to non-gambling resort hotels around the globe, Hard Rock operates about a dozen casinos in the US with another in the pipeline to open in Virginia and one in Ontario, Canada in progress as well.

The renovation plans are massive but still subject to approval. For instance, Allen wants to build a nearly 1,000-foot-high hotel but accepts that it may only be approved for less than 700 feet. While Hard Rock expects to add 596 rooms to the existing 3,044 the final number of rooms will be determined by how high they can build.

Theater seating will be nearly doubled going from 3,278 to 6,265 and at least 3 food and beverage outlets will be added to the existing number of 18. Public areas, pools, F & B outlets, and the casino will all be gutted and refurbished as new.

“It’s our goal to build a brand new Hard Rock Live,” said Allen. “We have relationships with Live Nation, Roc Nation, and AEG, so we feel this can be another entertainment destination. We have extended the Beatles LOVE show through next year and into 2024.”

Gaming expansions include the plan to add 110 tables bringing the total to 212 as well as a massive expansion of slots adding 1,164 to the existing 836 on the floor now.

The company plans to keep all Mirage employees and run the property pretty much “as is” for about a year and a half while it prepares final plans and puts work out to bid. Allen said at that time, anything is possible regarding temporary closure but the project is expected to be fully completed within 26-30 months from now.

“We don’t want to renovate a little area and finish 10 years from now. Supply-chain issues and recessions all come into play. We believe we’ll be operating this building at least for 18 months pretty much as is and as we get all of our construction drawings done, we’ll see where we are with the economy and all of the different factors that come into play.”