Midway through this month’s BMW PGA Championship Englishman Dave Horsey explained how lockdown had inadvertently proved to be an extremely productive period for him.

“I did quite a bit of work actually,” he said, adding: “I had a net in the garden and focused on my technique. When you’re playing all the time, it’s so difficult to make changes, but I finally had the time to make progress on something I’ve wanted to for quite a while.

“It’s really made a difference. Technically I’m miles better and the bad shots are much better. It’s nice to see the hard work paying off and get some good results.”

The consequences of that time away from the tour treadmill were immediately apparent when he finished T14th at Close House in the British Masters, and he soon following it with tied sixth in the Celtic Classic and tied tenth at Valderrama.

After a weekend off in Ireland he was soon back in the groove with T14th in the Scottish Open and T13th at Wentworth, the latter result prompting his chat with the media because he headed into the final round in fourth meaning that he slept on the possibility of a win for the first time in two years.

That experience alone should have revived his spirits and also put him in good stead if a similar opportunity presents itself sooner rather than later.

Will that chance occur this week? Everyone is a little in-the-dark about the venue, Chervo GC near Lake Garda, but returning to the country should put a smile on his face.

In fact, he possesses a remarkably consistent logbook in Italy, landing 11 finishes of T34th or better in 14 starts, six of them top sevens.

Perhaps just as important, those 11 efforts were on eight different courses so it’s not as if the record is artificially boosted by a fondness for one layout in particular.

There may also be another factor to bear in mind.

Horsey is a four-time winner on the European Tour and the first of those was at Eichenried in the BMW International Open, a course he’s played six times without ever missing a cut.

It was designed by Kurt Rossknecht, as is Chervo, and, whilst all available evidence suggests that the two tracks have nothing visually in common (the German layout is tree-lined, this week’s very open), plenty of architects reveal themselves in the shaping of holes, a sort of course design DNA if you will.

It’s not a compelling reason to back him, but it does add to the confidence gleaned from the improving form, chipper mood, and persuasive record on Italian soil.

Admittedly he was a faller in his last outing, with a missed cut in the Scottish Open, but, unlike so many of his English peers, he has never delivered his best form by the seaside.

Moreover, prior to that weekend off he had been enjoying a superb run of post-lockdown form.

It started with T29th at Close House, tied tenth at the Forest of Arden and T34th at Hanbury Manor.

The last of those appears the least impressive, but he was tied second after 18 and 36 holes, and still tied sixth heading into the final lap.

If a missed cut to follow suggested disappointment with the Sunday that preceded it, Canter soon brushed away such thoughts with a burst of even better returns.

He was tied fifth in the second tournament at Celtic Manor, T13th at the Belfry, solo second at Dom Pedro and T14th at Galgorm Castle.

In both the middle weeks of that run he was fourth heading into the final round, gaining more knowledge of what it’s like to contend, and in Portugal he can count himself genuinely unlucky that he bumped into an in-form George Coetzee on his favourite track.

His form might be a little like that of this column (plenty of near-misses and places), but the win is within his grasp. 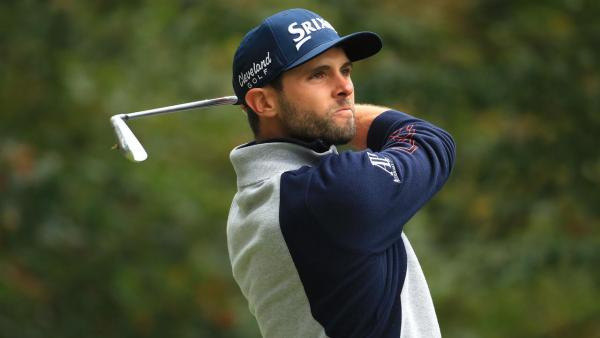 The two share a friendship with Jon Rahm and maybe by the end of this week they also both boast ownership of first European Tour strokeplay titles.

One standout element in Arnaus’ first year-and-a-half at this level was that each of his half-dozen top six finishes revealed a different set of skills.

He landed a trio of second places at the traditional Karen, the tight Valderrama and the wide-open Albatross. He was also fourth at the parkland Club De Campo, sixth at the fiddly Crans-sur-Sierre and third in the desert at the Emirates.

The diversity of those high points hints at a fine future and his last three starts suggest that he’s ready to engage in battle at the top of the leaderboard again.

In Strokes Gained he has logged three of his four best-ever field ranks for Approach play (all of them top ten).

But it is his ability to go low that has been just as notable.

The run started with a 65 to close the Irish Open at Galgorm Castle, a score bettered by only two players as he finished the week T23rd.

A week later he was caught out by the links weather and could only open with a 75 at The Renaissance Club in the Scottish Open, but only two men went lower than his Friday 66 and his Saturday 67 was the joint best of the day (admittedly in the best of the weather).

He was at it again at Wentworth, his Thursday 66 giving him a share of the first-round lead on his way to T32nd.

If he can keep that blistering firepower on-side whilst learning to limit the damage when lacking his A game, he can make it win number three in Northern Italy, a first at this level to add to the pair he landed there on the Alps Tour.

With LaMelo Ball in Charlotte, Odds Set for LaVar to Play Michael Jordan 1-on-1

With no PGA Tour action this week, we're left with only

MEXICO CITY -- As a season hit by COVID-19 cruises toward