Howe to lose on his debut

Brendan Rodgers should return to his 3-4-1-2 formation on Saturday despite consistent hesitancy to deploy Leicester’s most profitable system this season. Chelsea’s own three-man defensive formation is best nullified by being mirrored, as Rodgers showed in their FA Cup final win in May, and so we can anticipate another game will little space for either side to build fluid attacks.

Within the claustrophia of such a game, Chelsea will probably look as blunt as they did in the 1-1 draw with Burnley, considering Timo Werner and Romelu Lukaku remain sidelined. Kai Havertz struggled to lead the line with Ross Barkley and Callum Hudson-Odoi just behind him, and yet Thomas Tuchel will be forced to use the same line-up this weekend. Leicester’s back three, despite not being the most mobile, should have enough to stifle the visitors.

At the other end, with Leicester happy to sit deeper and concede possession in games like these, Jamie Vardy and Kelechi Iheanacho should get space to run the channels as Rodgers’ side counter-attack behind a high – and wide – Chelsea back three. It will be a tight game but Leicester might just edge it.

Back double chance Leicester/draw at 2.01/1

Steven Gerrard will attempt to bring to Aston Villa high-energy football centred on hard pressing and possession, most likely deploying the same narrow 4-3-3 – with two number tens behind the striker and full-backs flying forward – as he did at Rangers. But having had so little time with his new players, for now Villa will be hoping to ride the new-manager bounce.

And it should be quite the bounce, not just because they are much better than their current form suggests but because Gerrard brings a reputation and leadership that will likely rub off on the players. The squad is suited to his methods, too: Ollie Watkins and Danny Ings are good pressing forwards, John McGinn will be a firm favourite for his work ethic, and Matty Cash is an attack-minded full-back.

Brighton are without a win in six and are beginning to look baggy, their stretched formation looking too loose now that the players are in a low mood and misplacing passes. Consequently they are ideal opponents for the hosts to out-run and overwhelm at an excitable Villa Park. 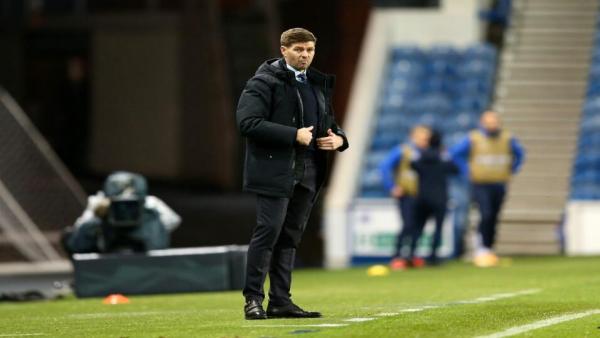 Eddie Howe is often painted as a possession-based coach but that was not the case towards the end of his tenure at Bournemouth, when his side tended to slip back into regimented rows of a 4-4-2 and try to hit teams on the break. It is the system he will most likely deploy at Newcastle due to the low quality of the players.

A two-man midfield is always risky at Newcastle because the likes of Isaac Hayden and Jonjoe Shelvey just aren’t good enough. Sean Longstaff should be given more game time by the new manager, but nevertheless we can anticipate Howe’s team being too open through the middle, providing inadequate protection to the centre-backs.

Brentford will be refreshed by the international break, which ought to have put a halt on their alarming decline and help Thomas Frank’s team get back to their aggressive, fearless, and direct best. In a 3-5-2, the numerical advantage in central midfield will be crucial, while a bullish strike partnership of Bryan Mbeumond Ivan Toney should out-muscle the Newcastle defenders.

Liverpool have conceded 13 goals in their last nine games in the Premier League and Champions League, a record that threatens to undermine their title challenge. One reason for the issue is Virgil van Dijk’s lack of match fitness, making Liverpool vulnerable defensively, but a more important factor is how the loss of Georginio Wijnaldum is affecting the team.

His metronomic presence helped control the game, taking the sting out of things when Liverpool went a goal up and preventing matches from descending into chaos (this season they have dropped points from winning positions against Brighton, Man City, and West Ham). What’s more, his replacement on the left centre of midfield, Curtis Jones or Alex Oxlade Chamberlain, have made positional errors that have led to multiple concessions in transition.

Arsenal’s vertical passing and desire to play quick football through the lines – cramming the ten space with Emile Smith Rowe, Martin Odegaard, and Bukayo Saka – is well suited to exploiting Liverpool’s growing issue in defence and midfield. They should be able to force a stretched game that puts Van Dijk under pressure and gives us plenty of goals.