In demand for a Halloween heavyweight fight


It has been a long time in the making, but fight fans finally see light at the end of the tunnel with the announcement that Dereck Chisora and Oleksandr Usyk will go toe-to-toe on 31 October.

The finer details are still to be put to that one, including a venue but its likely organisers will sit tight before deciding in order to give the public every chance to attend.

It’s a bout that has both dedicated and casual boxing fans excited and one promoter Eddie Hearn labelled an absolute firecracker at a recent press conference. Armchair fans can follow the action live on Sky Box Office and Betfair traders allow members to make their predictions early and secure the value. There’s fight winner, method of victory, total rounds, and more.

Both fighters raring to go

This fight was originally set to happen back in May but was delayed due to the coronavirus emergency and resulting UK lockdown. The encouraging thing about this contest is both fighters have stuck to their guns and are determined to push it through. Usyk wants to prove he has what it takes to defeat an established heavyweight while Chisora is determined to show his strength and power over the former cruiserweight world champion. 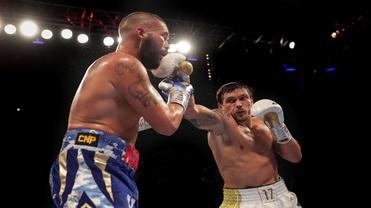 Speaking to the press, 33-year-old Usyk admitted he expects a real challenge from Chisora who he knows is strong, resilient, and tough. The Ukrainian understands his opponent is a natural heavyweight who hits hard but believes he has the skills to become undisputed champion of the highest division.

36-year-old Londoner Chisora was in a menacing mood when announcing the new date, assuring everyone who would listen he has been ready for Usyk all year. WAR told fans he will give them a Halloween party to remember after a tough year while getting revenge over Usyk who beat UK favourite Tony Bellew two years ago.

Usyk brings a perfect 17-fight professional record into this contest but has spent most of his career dominating the cruiserweight division. The 6ft 3inch southpaw has fought only once as a heavyweight, beating American Chazz Witherspoon inside seven rounds at the Wintrust Arena, Chicago last year.

Oleksandr is hot favourite to win this fight on the Betfair Sportsbook with traders offering no more than 1/8. That’s a bold call in what should be the biggest test of his career but there’s no doubting the fact he has the quality to live up to expectations. A points win leads the way in the method of victory market at 10/11 with the KO/TKO 7/5.

Battle-hardened Chisora steps onto the big stage knowing this fight represents his last chance to force another world title challenge. The big-hitting Finchley fighter brings a career record detailing 32 wins against nine defeats with 23 of his victories coming by way of knockout and three losses inside the distance. The 6ft 1inch orthodox is on a three-fight winning run, having won each of his last two by KO/TKO, stopping Artur Szpilka in two rounds and David Price in four.

A 56% knockout average and top-level experience as a heavyweight will give Chisora fans heart heading into this grudge match and they’ll be encouraged to see their man trade as an underdog in the betting. There’s 9/2 on the Betfair Sportsbook for him to pull off the biggest upset win of his career with a KO/TKO an interesting alternative at 11/2. The feeling amongst most pundits is Chisora’s best chance of success will come from landing a big shot.