In-form teams to get on the scoresheet at Selhurst

Crystal Palace, and in particular Patrick Vieira, are winning a lot of plaudits this season. Comfortably in mid table and with a Wembley FA Cup semi-final to look forward to, it’s fair to say that the Eagles are flying.

They’ll go into Monday night’s Premier League clash at home to Arsenal on the back of a six-game unbeaten run that included thumping victories over Watford (league) and Everton (cup) and an excellent draw at home to champions Manchester City.

Vieira’s men have been a bit in and out in the league at Selhurt Park this term (W4-D7-L4) but their two most recent home games before the international break were that goalless draw at home to City and the 4-0 thrashing of Everton in the cup, so they certainly shouldn’t be lacking confidence in front of their own fans.

Talisman Wilfried Zaha is a huge doubt for the game with a thigh injury while highly-promising midfielder Michael Olise is also rated doubtful with a foot problem.

Like Palace, Arsenal are also on a great run of form and arguably are performing above expectations this season. A victory on Monday night will see them move to within two points of third-place Chelsea having played the same number of games.

Mikel Arteta‘s men perhaps haven’t been scintillating in terms of performances of late, and they’ve rode their luck at times, but they’ve now won six of their last seven in the Premier League and their away form has improved dramatically. 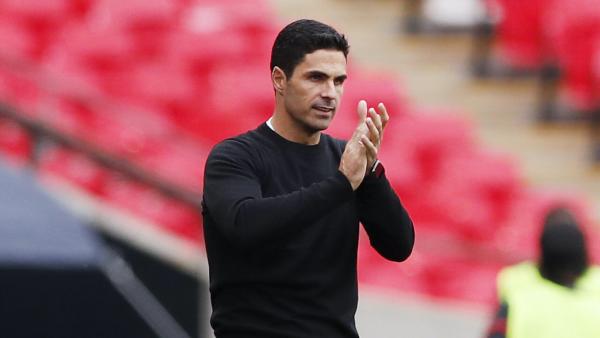 Goalkeeper Aaron Ramsdale is Arteta’s only real injury concern though he could face a late fitness test to see if he has recovered enough from his hip/muscle problem to take his place between the sticks. Bukayo Saka is back in full training having recovered from Covid.

No reason Palace should be such big outsiders

On current form I’m finding it almost impossible to split these two sides and therefore Palace have to be backed as the 4.216/5 outsiders.

Night games under the lights at Selhurst Park provide a fantastic atmosphere and it often inspires the home team to perform to their very best, and if that’s the case against Arsenal then I see no reason why the home team can’t take all three points.

And you just know that Vieira will have his men fired up to face the team he played for so successfully.

On the other hand of course, Arsenal are in terrific form themselves and go into the game in search of a sixth league away victory on the spin. So the Gunners will obviously have their supporters though they’re not for me at just 2.111/10 to back (the Draw can be backed at 3.412/5).

In a game that’s difficult to call then, if these two sides were to meet under the exact same circumstances on four occasions, you would only need Palace to win one of those encounters to make odds of 4.216/5 the value bet.

Form and trends suggest goals on the menu

For my main bet though I have to point you in the direction of the Goals markets.

It may come as a surprise that this fixture has been a very highscoring one in recent seasons with both teams getting on the scoresheet in eight of the last nine meetings.

But it’s the Yes option at 2.01/1 in the Both Teams to Score market that I like as my best bet of the game.

Both teams are in great form, Palace have scored in seven consecutive home games against the Gunners, while Arsenal have scored 14 goals in their last five league away games.

And as I’ve already mentioned, Both Teams to Score has landed in eight of the last nine meetings (or 88.9% of the time) between these two sides. What’s not to like?

The US PGA Championship 2022 golf tees off on Thursday