The holders look as though they are going to be tough to stop. Last time out they swatted aside Delhi Capitals, bucking the no-chase trend. It all looked pretty effortless. The key to their success has been contributions from one to 11. Even players who had data which suggested they would struggle in these conditions – Quinton de Kock – have stepped up. We have bemoaned their lack of quality spin but it hasn’t mattered. And they have plenty in reserve, too, with Hardik Pandya still to bowl and Nathan Coulter-Nile an excellent pace reserve. It is no coincidence that they are top, though, having only chased once. Sure, they were successful but in a series which has been dominated by the defending team, Mumbai still have to prove they are the complete side.

Delhi have been pushed out from 11/4 for glory after Mumbai made them look like pretenders. It should be pointed out, however, that their balance was all wrong with the injury to Rish Pant demanding a reshuffle. They need their gloveman back, fit and firing. Ajinkya Rahane at No 3 is not a title-winning tactic. Like Mumbai, much of their success has been built on pace bowlers. Kagiso Rabada and Anrich Nortje have been superb. And they can still improve, too. Sandeep Lamichhane, who is yet to play a game, would surely add menace and more variety to the attack. When Pant does return, Lamichhane might get a game at the expense of Shimron Hetmyer. Also like Mumbai, they have only chased once, and that ended in a defeat.

Bangalore are the surprise package. Usually at this stage they are in crisis. Usually they have used more players than anyone else. And usually they have no idea of their best XI. But get this, after a selection policy in keeping with a chaotic past at the start of the tournament, they have sorted themselves out. Dale Steyn and Umesh Yadav have been jettisoned, the bizarre experiment with Josh Phillippe as a finisher abandoned. Instead Chris Morris and Isuru Udana have given them control in the field while Washington Sundar is finally living up to his reputation as one of India’s next generation all-rounders. They should make the last four. 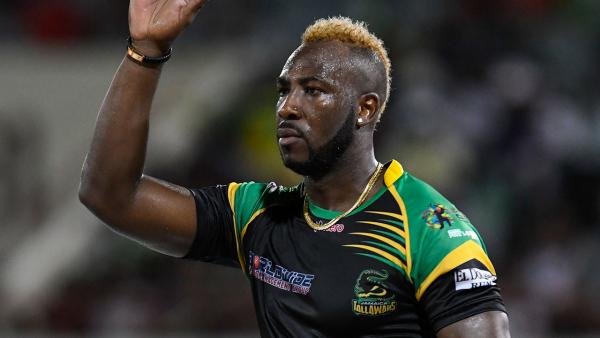 Kolkata could be about to explode in this tournament. Or they could disappear with a whimper. First, the good things. They have learnt to be tight in the field, a significant moment for a franchise which has had issues leaking runs. And that’s probably it. Otherwise there are problems to solve, chiefly the form of Eoin Morgan and Andre Russell. Unless these two find range (away from Sharjah, too) KKR appear destined to fail. The balance hasn’t looked great, either, with Pat Cummins at No 7. Most worryingly of all, however, is Sunil Narine. Narine is on a knife edge with that dodgy action of his and if he is reported again after he was found to be close to illegal, his tournament will be over. And so could KKR’s.

Sunrisers are the definition of insanity. Doing the same thing every game and expecting a different result. They know they lack pace and power in the middle order. And yet they do zilch to rectify it. Until Sunrisers dispense with Kane Williamson to free up an overseas slot for Mohammad Nabi or Fabian Allen, they will struggle. Williamson and Manis Pandey cannot play in the same team and regardless of Williamson’s hitting late against the Royals, it damns their selection process they were paired together in the same squad, let alone the same XI. Nor was it particularly bright to leave out Khaleel Ahmed for two games. Khaleel had the best strike rate in the world in the last two years of players involved in the IPL. This lot are the dunces of the class.

Could Royals be the side to make a late play-off charge? Downing Sunrisers on Sunday was a good start. Likewise was the lateral thinking which saw them pair Ben Stokes and Jos Buttler as openers. With Rahul Tewati and Riyan Parg destructive in the middle order, they resisted the fudge with England’s premier all-rounder. If they can use the toss bias to their advantage, then momentum could build. Pivotal, though, is Shreyas Gopal finding form. He balances the XI but with four wickets and an economy rate of nine he is barely worth his place.

Chennai have been awful. And all after they had promised so much by bossing the holders in the tournament opener. Are they too old? Their efforts in chases have suggested so, wincing at required rates and pining for pipe and slippers. MS Dhoni’s raging against the light has been uncomfortable watch. Tougher, though, has been the excuses for it. ‘Oh, he’s using this to play himself in for the tournament’ and ‘Oh, he’s a geius – he’s playing for run rate’. The guy is spent. If Chennai have any interest in qualifying – and it’s not a given that they do – they need to make big calls. Drop Shane Watson, open with Nayan Jagadeesan, play Imran Tahir. Prepare to bat Sam Curran first down in the powerplay. Bat Ravi Jadeja and Dwayne Bravo ahead of Dhoni.

Stranger things have happened in IPL than Kings getting off the floor with one win in seven and making the play-offs. For example, the consecutive implosions in the two previous years that saw Kings dominate the regular season only to blow up and not make the play-offs. There is still time to save their season. To do so, though, they have to get some courage instead of horrific brain-freezes in the chases against Delhi and KKR. As big an issue is their profligate bowling. Against KKR they were finally bowling to plans and the Jordan-Shami-Mujeeb axis is their best option.

Hosts up against it again

Raul Jimenez suffered a fractured skull in a collision wi

Another late addition to the European Tour schedule is t

Diego Maradona tributes from Messi, Napoli and the rest of the football world

Throughout the weekend, the footballing world paid tribut