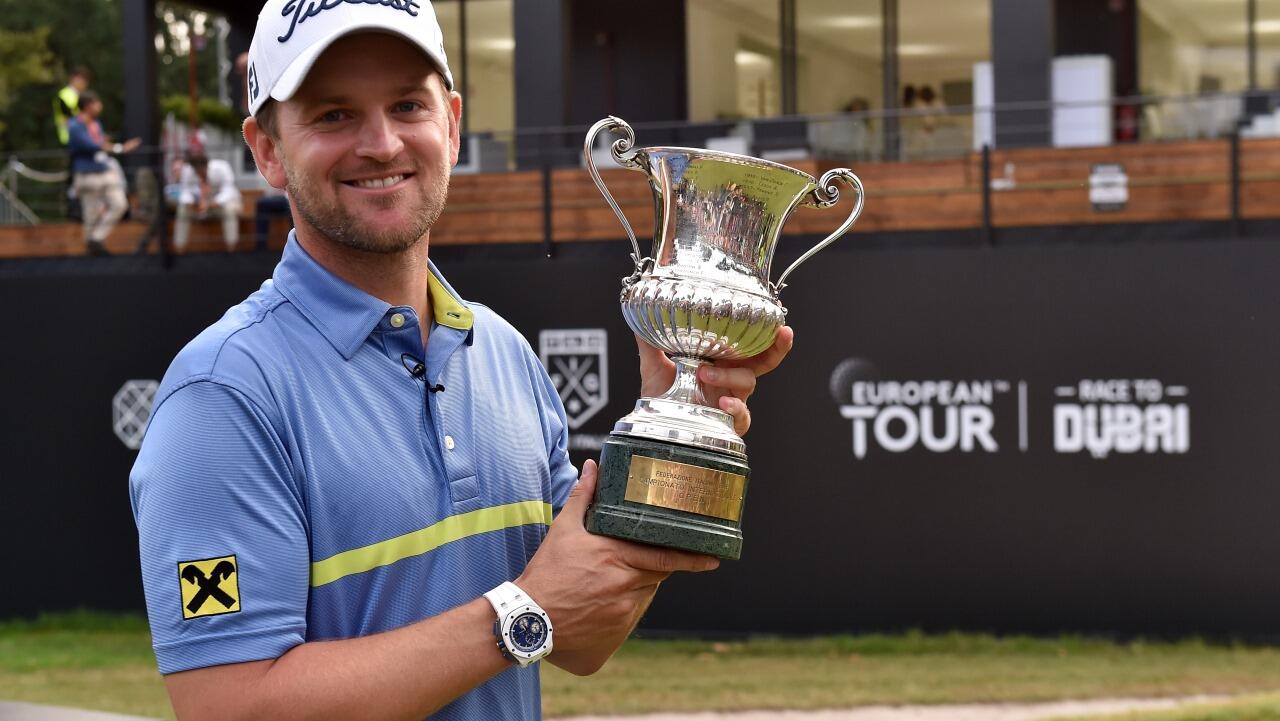 Last year, when the tournament was won by Austria’s Bernd Wiesberger, the Italian Open enjoyed Rolex Series status, and offered a total prize fund of $7m.

Just over 12 months later, with Wiesberger returning to defend this established Tour title, the purse will be approximately one-sixth of what it was in 2019.

Starting out in 1925, this will be the 77th edition of the Italian Open and first to be held at Chervo Golf Club.

Opened 12 years ago, Chervo is a flat parkland course laid out within a holiday complex and located approximately 20 miles from Brescia city centre.

It sits around four miles from Lake Garda’s southern bank and 25 miles east of Verona.

And with just a handful of Tour events remaining this season, the Italian Open has attracted a sprinkling of star names and in-form golfers.

Among the ‘top seeds’ teeing-up in Thursday’s opening round is Victor Perez who this time last year was embarking on a run of form which propelled him into the world’s top 100 for the first time in his career.

He won his first European Tour title at St Andrews, lost a play-off in another, while posting a tie-for-fourth in one of the prestigious World Golf Championship events.

The 28-year-old also impressed at Wentworth two weeks ago but was unable to repel an inspired Tyrrell Hatton in the BMW PGA Championship.

Perez, the only French player currently inside the world’s top 100, will be hoping to finish the European Tour season on a high and secure his qualification for a number of next year’s prestigious events on both sides of the Atlantic.

He is presently ranked No 6 in the Race to Dubai standings and may even harbour ambitions of becoming European No 1 in mid-December.

Further down the World Ranking than Perez, but showing signs of improvement in recent weeks, is Englishman Jordan Smith.

The 27-year-old resident of Wiltshire is heading in the right direction thanks to a top-10 in Ireland, plus four solid rounds at Wentworth en route to finishing tied-13th.

He last stood on the podium 16 months ago, while his most recent title came in 2017.

Smith is ranked seventh in the Tour’s Strokes Gained: Tee-To-Green category, so requires a solid few days with the putter to make him a contender this week.

Back on mainland Europe, Jorge Campillo should be a challenger in this week’s field – which is fairly run of the mill – while Chris Paisley followed four consecutive missed cuts to post a tie-for-fourth in Scotland on Sunday.

Paisley’s statistics, in and around the greens, remain among the best on the European Tour this season.

The week's jumping action was all about the staying chas

Silos CF said they wanted to stop the game at half-time.Â