Kate Tracey is all set to Enjoy the 2022 Grand National

I’m beginning our Grand National day best bets by looking at the Grade 1 Liverpool Hurdle at 15:35 where Flooring Porter should cement himself as the best staying hurdler in Britain and Ireland. This division has been complete chaos all season but my word, has it been an enjoyable ride.

Finally, we had some form of clarity at Cheltenham where Flooring Porter defended his title to win his second Stayers’ Hurdle in impressive fashion. He is a far better horse when running at a lefthanded track and that’s despite ducking out to his left after his hurdles. 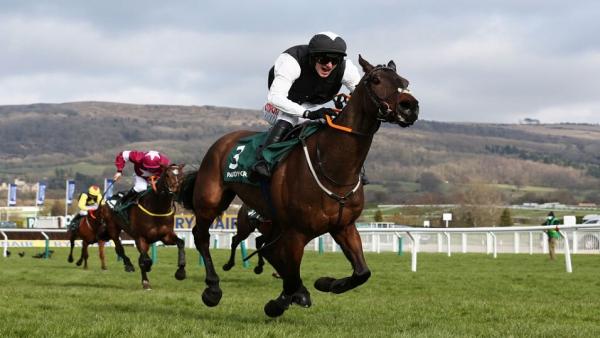 Flooring Porter has never run at Aintree before but there has to be every confidence he will cope with the track and can prove himself as the best around once again. He looks a fair price at 2.68/5 to be chancing a win only bet.

There is another horse in this race who I cannot leave unbacked at an each-way price of 26.025/1 and that’s Koshari. David Christie’s runner was previously based with Willie Mullins where he was touted as one of the handicap plot jobs of the 2021 Cheltenham Festival. He failed to fire in the Coral Cup before bouncing back to winning ways at Punchestown in a 2m4f Grade B Handicap Hurdle.

It didn’t go to plan for Koshari over fences for the Mullins yard and he was subsequently sold to join Christie. Koshari instantly got off the mark on stable debut over this course and distance when a huge price of 80/1 for a Pertemps Qualifier.

He subsequently had four months off the track and returned with a very fair run in the Stayers’ Hurdle where he finished seventh of 10.

He was held up in that race where it clearly paid to be ridden prominent. He also ran into trouble and had to switch multiple times. On the back of a break, he ran a blinder all things considered.

He comes to Aintree as a fresher horse than most of his rivals after missing the winter months. He looks overpriced to be chancing him to improve and he can threaten what remains, a very open division.

Shan to shine in first handicap

The race that precedes the Grand National is the Grade 3 Betway Handicap Chase over 3m210y at 16:15 where Shan Blue looks a solid contender running in his first handicap.

Plenty of people wished Shan Blue had run in the Ultima at the Cheltenham Festival instead of the Ryanair on account of his feasible handicap mark. He began the season on a mark of 148 but that rating would have significantly risen had he not fallen in the Charlie Hall with the race at his mercy.

It was a horrific fall but the one silver lining of such an occurrence was that he fell at the third last fence meaning the handicapper couldn’t react no matter how well he felt the horse was going at that stage of the race.

Shan Blue was, unsurprisingly, found to be sore after his fall so missed the winter months but returned to be last of the finishers in the Ryanair. 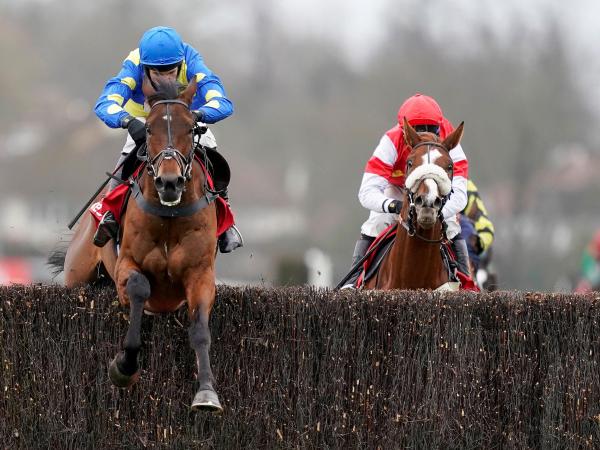 Of course, there is a question whether he’ll be seen back to his brilliant best even at Aintree as there’s no way of knowing how a horse responds to a heavy fall in their subsequent starts.

Hopefully, his confidence is back after a clear round at Cheltenham and off a mark of 148, he should be able to dominate in a handicap and is a very fair price to do so at 3.55/2.

Two for the Grand National

The stage for the 2022 Grand National at 17:15 has been well and truly set. Year on year the world’s greatest horse race grows and flourishes and this may well be the biggest renewal yet. Of course, it is unfortunate that we are without the dual-Grand National winner, Tiger Roll lining up however, the race is and will always be bigger than one horse.

Last year’s historic winner, Minella Times partnered by Rachael Blackmore was spellbinding and something the sport can be immensely proud of.

There are stories aplenty in this year’s renewal however, and we must look forwards to continue to grow our great race.

This year’s contest is as wonderfully tricky to solve as any other but there are two I like in the showpiece race.

The first is the Ciaran Murphy trained, Enjoy D’Allen who now sports last year’s winning silks of JP McManus. Murphy himself recommended the horse to jump racing’s leading owner with the Grand National in mind. 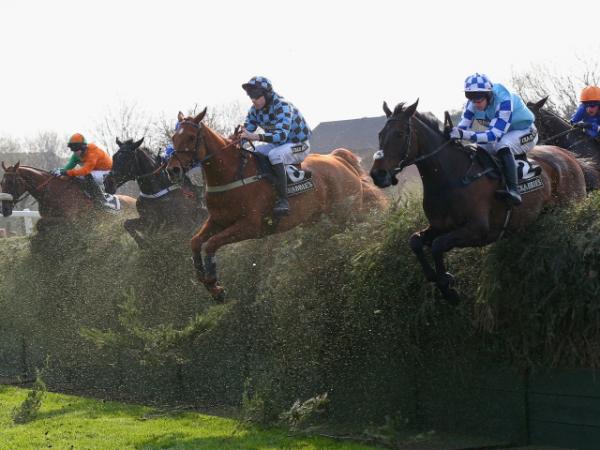 When sorting the trends for the Grand National, Enjoy D’Allen ticked plenty of boxes. He is running off an ideal mark of 148 which is the same winning mark as both One For Arthur and Rule The World. It is only 2lb higher than Minella Times’s winning mark of 146 from last year.

Enjoy D’Allen is also an eight-year-old with horses of that age winning four of the last six renewals of the race.

Coming into the Grand National on the back of three starts in the season is another positive and is the exact number of runs Enjoy D’Allen has had this season.

It would have been preferable had he won a good staying chase last time out however, there is no denying the plan that has been laid out for Enjoy D’Allen.

We last saw him finishing fifth in an ever-competitive Grade B Handicap Hurdle at Leopardstown over 3m which simply looked a perfect race to tee him up for the Grand National.

His third in the Grade B Paddy Power Chase at Leopardstown over Christmas certainly stands him in good stead and a true test of stamina is what he’s looked in need of for a while.

Considering the boxes he ticks and the set up for this race, he is my main selection for the Grand National at 15.014/1. 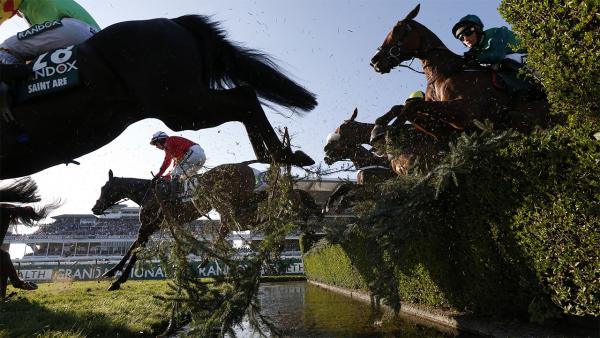 There is one other horse who ticks a similar number of boxes and has just made the final cut by the skin of his teeth in at 40. That horse is Fortescue who is represents the Henry Daly yard who have had a brilliant season.

Once again, Fortescue is weighted to go very close on a mark of 143.

He’s had an optimal turnaround time of five weeks since his last run which was a winning one at Ascot in the Listed Swinley Chase. He beat the reopposing and very well-fancied Fiddlerontheroof into second on that occasion.

A true test of stamina is what Fortescue relishes yet he has the pace to be able to lay up early.

Chianti is a fair price for the bumper

Believe it or not, I’m actually sighting a horse in the Saturday Graded bumper at Aintree as a best bet. The race after the Grand National is a Grade 2 Bumper at 18:20 where I like Chianti Classico who represents the Kim Bailey yard.

This five-year-old son of Shantou has had three career starts so far where he won on his Irish point-to-point debut at Tipperary when trained by Colin Bowe.

He was subsequently bought for £105,000 at the Cheltenham April sale in 2021. He made a solid start to life under rules for his new yard when second behind the well-backed, German raider Estacas at Ascot in October. The form of that contest has worked out well enough without being red hot.

However, Chianti Classico did his own bit of form boosting by dotting up on his next start in a Market Rasen bumper in December. He was very impressive in that success and travelled through the race like a good horse.

It’s still early days for Chianti Classico but I was fortunate enough to have a sit on him myself a few weeks ago and he certainly went like a nice type.

There are, of course, plenty of smart unexposed bumper winners in this race but Chianti Classico should have every chance of being bang there if he continues his improvement. At 13.012/1 I’m happy to back him each-way in the concluding race.

Ohio Sports Betting Now Likely to Launch By End of 2022, Not Fall