Kate Tracey’s five to back on Betfair Chase day


The Grade 2 Chanelle Pharma 1965 Chase over 2m5f8y, which takes place at Ascot at 14:05 on Saturday,is always a fascinating contest as it falls perfectly in the season to ask questions of some of the highest profile chasers in the country. Whether those questions be trip, ability, strength of form or simply who is the current best middle-distance chaser.

The script for this year’s renewal centres around Dashel Drasher. This horse is most closely associated with jockey Matt Griffiths who’s currently in hospital receiving treatment for injuries caused by a car crash. Griffiths is a brilliantly talented horseman, those skills displayed on the biggest stage thanks to his partnership with Dashel Drasher.

Drasher concerns could resurface without Griffiths in saddle

Dashel Drasher isn’t straightforward, not that his form figures allude to that. Early in his career he jumped away to his left over hurdles and was keen. Yet after being defeated on his first three hurdle starts, Griffiths channelled that exuberance on the frontend of the pace and won four Novices’ Hurdles on the bounce.

His chasing career understandably took a while to warm up as he’s a son of Passing Glance whose progeny struggle to arch their backs over fences. Yet Griffiths again, learnt to ride Dashel Drasher to optimal effect. His finest win coming in the Grade 1 Betfair Ascot Chase over this course and distance where he singlehandedly put Cyrname’s race to bed.

Even in that gutsy win Dashel Drasher’s jumping was far from spectacular. There’s a fine line between Dashel Drasher clearing his obstacles and risking losing his jockey. He gets in close to his fences and brushes through the top of the birch as he’s unable to sit back on his hocks and make a shape. He gets away with this jumping style as Griffiths has immense trust in the horse to find his feet upon landing.

My concerns about Dashel Drasher here are that he’s had nine months off the racetrack which may lead to him being too fresh and he has a new pilot. Rex Dingle is a very talented jockey and this concern is of no reflection of his abilities. It’s more the extra service Griffiths provides that’ll be missing on Saturday which is why he’s worth opposing.

Defi Du Seuil could show he’s back to his best

Instead, I want to side with Defi Du Seuil. JP McManus’s eight-year-old has had a rollercoaster career with ultimate highs and lows. He returns to an intermediate trip which I think will be key to him this season. After his brilliant juvenile campaign, the wheels fell off the following season. The reason for those lacklustre runs became apparent and was rectified. After a brilliant 2019/2020, winning two Grade 1s and a Grade 2 he fluffed his lines once again in the Champion Chase. Last season was his second write-off where he looked a shadow of his former self.

This horse wears his heart on his sleeve and it’s immediately apparent when he’s not on song. His stride shortens and his head carriage becomes higher. I’m hoping he can bounce back to form this season just as he did following his disappointing 2017/18 campaign.

I believe he was only sighted back over two miles as the division looked weaker than that of the two and a half miles. This trip has always been more likely to suit following his brilliance over two miles as a juvenile. Most top three-year-old hurdlers want a trip in time and I’m hoping this will be the season for Defi Du Seuil to return to his brilliant best.

If The Cap Fits looks a solid play

The Grade 3 Stayers’ Handicap Hurdle over 3m, at Haydock at 14:25, is as wide-open as usual. I’m siding with two who have plenty of recent trends for this race in their favour.

Our fantastic money back offer is back for the 14:25 at Haydock on Saturday. With offer – available on Sportsbook AND Exchange (back bets only) – we will refund losing bets up to £10 as a free bet within 24 hours. T&Cs apply – click for full details.

The first consideration is Orbys Legend who’s a very upwardly mobile five-year-old for the in-form Philip Hobbs team. He won the Grade 3 Silver Trophy Handicap Hurdle at Chepstow on his reappearance last time out. He was given a good ride by Tom O’Brien who always had Orbys Legend in the best position. The field didn’t go a frenetic gallop early on, not akin to the race’s usual running. However, O’Brien tracked the pace, allowing him first opportunity to kick when liked.

He was a good winner for all Didtheyleaveyououtto closed him to one-length but the front two were five-and-a-half lengths clear of the third. Subsequent Cheltenham Intermediate Handicap Hurdle winner, Gowel Road finished sixth giving the form a further solid look.

Orbys Legend has been given an 8lb rise for that latest success and he steps up in trip here to three miles for the first time. I believe he’ll get the trip as he was outpaced at Chepstow on the swing out of the back straight. O’Brien was live to this and kicked Orbys Legend on to win his race after the third last so he wouldn’t be caught out by a turn of foot from a quicker horse. Orbys Legend winged the last hurdle suggesting there was plenty left in reserve and was eased near the line. He may even improve for this step up in trip and this unexposed five-year-old can continue his progression. 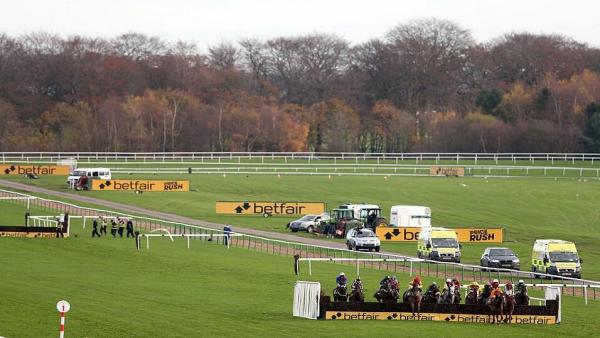 The second selection is a bigger price than Orbys Legend with a very different profile as he’s very much exposed. That horse is If The Cap Fits who looks a solid proposition. There are questions to be answered by Orbys Legend in relation to the trip and this rise in the weights. However, If The Cap Fits will certainly get this trip and is running off a reduced handicap mark as he drops in grade.

This horse became quite the enigma over fences last season where any trip seemed to be too short for him. That chasing career began perfectly when winning at Ffos Las where he capitalised on his two rivals’ frailties. However, he never reached the heights connections would’ve expected.

He simply, couldn’t layup with the field over fences as displayed by his remarkable run in the Grade 1 Kauto Star Novices’ Chase. He looked booked to either pull up or to finish tailed off at best with a circuit to run before flashing home to bag third- managing to even make The Big Breakaway look pacey.

However, we know the stamina test three-mile hurdle races provides and this set of conditions certainly plays to his strengths.

He’s well handicapped on his ability but he’s nine-years-old which of course is a slight concern against unexposed types with this race going to six and seven-year-olds the last three years.

There’s no denying his chances though and he posted a fair return at Aintree last time out to finish second behind Brewin’upastorm who finally did what connections had always hoped he’d do. The form in behind isn’t great but I don’t think this year’s race looks vintage. Therefore, If The Cap Fits represents the proven class angle off top weight and in a much easier race than he’s used to contending, he looks a solid play.

I’m fascinated by Ascot’s Handicap Chase over 2m167y at 15:15 where there’s a small, select field of just seven runners. The current market leader is Before Midnight who’s very difficult to oppose for the win. Ideally, it’s worth siding with a horse aged seven or eight in this race, rated around 145 who has already had a reappearance start. Before Midnight ticks all those boxes and was an impressive winner on that return at Cheltenham. He had the reopposing Sky Pirate six lengths behind in second so can uphold the form despite the 8lb rise as he remains well weighted in the context of this race.

Therefore, a token win selection must firstly be with Before Midnight to continue his progression. However, there is another runner in this line-up worth siding with at a bigger price should you wish to take on the favourite.

That runner is Sully D’Oc AA who also fits each of the aforementioned trends. He too is the ideal age, running off a perfect mark and made a satisfactory reappearance which he can build on. He easily won at Ascot in October 2020 over 2m2f175y in a Novices’ Limited Handicap off a mark of 125, 20lb lower than his current rating.

However, he looked to appreciate the drop back in trip on his final two starts last season. Rounding his season off winning a highly competitive Grade B Handicap Chase at the Punchestown Festival.

His reappearance over this course and distance was a serious drop in the deep end for Sully D’Oc with the relenting gallop being set by Editeur Du Gite who eventually paid the price for his early exuberance and unseated when tired at the final fence. The other prominent runners either pulled up or disappointed by finishing out of the places. Sully D’Oc was more than able to hold his position amongst the frenetic pace proving that this two-mile trip is well within his comfort zone. He was asked to quicken on the swing into the home straight yet looked to have paid the price for the early exertions. He quickly weakened out of his challenge showing signs of tiredness more so than anything.

He has an ungainly head carriage and when assessed alongside his big white cheekpieces, you can be forgiven for thinking he saves a bit for himself. However, I liked the way he stuck to the task when he was passed out by the eventual winner, Amoola Gold. Something that can be demoralising for a horse, especially for one who thinks about the game. However, he didn’t shirk the issue and instead plugged on to finish fifth with very little company to get him home.

I think he can come forward for that run and off a 2lb lower mark, may make a stronger impression in a race more likely to suit.