Magpies should move for Favre or Fonseca


Within a week of Saudi Arabia’s Public Investment Fund’s (PIF) takeover we will have clarity over the short- and medium-term ambition of the new owners of Newcastle United. Conflicting reports put Newcastle, now the richest club in the world, either on a path to sudden Manchester City-like spending or a more measured, slow-burn approach to stabilisation.

Sacking Steve Bruce, which is expected to happen before the weekend given odds of 1.11/10 in Betfair’s Next Premier League Manager to Leave market, and finding a replacement will tell us the answer to this question; approaching – and surely being rejected by – Antonio Conte swings the dial one way, whereas to ponder over Eddie Howe would reveal a plan far less explosive.

Whichever way it goes, it’s no surprise Saudi Arabia’s Crown Prince Mohammed bin Salman is moving quickly to find a headline news story that can push through the current topic of conversation. Bin Salman has been directly implicated in the murder of journalist Jamal Khashoggi in a UN report. Saudi Arabia’s abysmal human rights record includes regular execution of dissidents, abuse and exploitation of migrants, repression, torture, and murder of its citizens, and raging war on Yemen.

Without the necessary regulators in place to prevent ownership of this sort, it is vital that Newcastle supporters and the rest of the football world keeps its eyes open to the sportswashing: Newcastle is now a tool of Saudi Arabia’s attempt to present a more palatable international profile and to diversify its assets away from oil.

Reporting on Newcastle, as well as supporting the club, is not easy to navigate, and arguably even stories such as this one help to legitimate the regime and distract from the more important conversation regarding Saudi Arabia‘s involvement in English football and beyond.

Nevertheless the football industry rolls on, and Newcastle’s new direction is an intriguing story. Here are the most likely candidates for what may now be one of the most attractive jobs in the sport:

For a patient, pragmatic, but ambitious approach to rebuilding Newcastle, Lucien Favre 6.511/2 is arguably the best option – and Newcastle supporters should be pleased to hear the club are reportedly looking into bringing Ralf Rangnick in as director of football. Rangnick is something of a godfather of modern Germanic tactics, perhaps too much of a purist to succeed as a top manager but a huge influence on the likes of Jurgen Klopp and Thomas Tuchel.

His guidance from a tactical perspective could be very instructive, especially if paired with a high-pressing, possession-centric coach like Favre.

The 63-year-old has been out of work since being sacked by Borussia Dortmund in December 2020, just a few months after he finished two points behind Bayern Munich in the Bundesliga.

He also finished in the top four at each of his last three clubs (Nice, Borussia Monchengladbach, and Hertha Berlin) and won Zurich’s first league title in 25 years. Favre’s tactically-astute football has brought him an immaculate record and considering the length of time he has been out of work he is unlikely to be offered a higher-calibre position than at Newcastle.

There’s definitely an appealing romanticism to hiring Steven Gerrard – which, of course, is one of the most important factors of any sportswashing attempt. Newcastle have shared a misty-eyed entwinement with Liverpool since those 4-3s of the 90s and it seems likely Gerrard’s celebrity would see him fit well at St. James’ Park.

If the idea is to attract big players over the next couple of years then the pull of Gerrard 15.014/1 could be helpful, while his desire to one day manage Liverpool probably requires a job in English football following his success at Rangers. He is unlikely to get a better offer than this one. 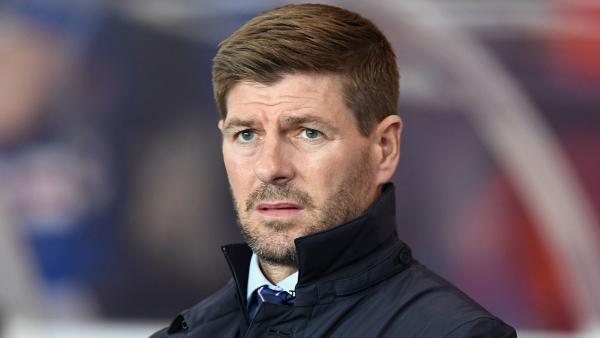 Gerrard plays a relatively pragmatic style of football, with his defensive compactness drawing inspiration from the managers that meant the most to him as a player: Rafael Benitez and Gerrard Houllier. Of course, Rangers are expected to dominate possession and win the ball back high up the pitch and certainly this is an attacking team, but as yet it is difficult to determine quite how committed Gerrard would be to this idea of playing while at a smaller fish in a bigger pond.

He is a gamble, that’s for sure, but the sort of young and exciting gamble that would help galvanise the club and make the project more attractive to unhappy players on the fringes at elite clubs. However, the timing isn’t idea and disentangling him from Rangers may be off-putting – especially with someone of such similar profile currently twiddling his thumbs…

Frank Lampard 7.06/1 offers, in theory at least, the same romanticism and attractiveness to players as Gerrard. He is also technically proven at Premier League level after taking Chelsea into the top four through a transfer ban, integrating young players in the process. But despite the quality of his first season in charge, Lampard’s lack of tactical detail is a cause for concern.

Chelsea often meandered through matches without a clear structure, and indeed it seemed as though his style of management lacked something of the positional detail and tactical dynamism required by top coaches. Perhaps Lampard would be a good interim coach should Newcastle wish to collect a few stars and climb into mid-table, but it is unlikely he would make such a squad better than the sum of their parts.

Most importantly, Lampard’s problems at Chelsea suggest he would struggle to drag Newcastle out of the relegation zone.

Either because they would not be interested or are too tied to a club, Newcastle are unlikely to land Conte, Brendan Rodgers, Roberto Martinez, Zinedine Zidane, Graham Potter, or Rafael Benitez – which leaves only outsiders to consider.

Of these, Newcastle ought to look for sensible appointments able to immediately make an impact with the squad at their disposal, given that they need to climb out of the bottom three with a relatively poor squad at least until January reinforcements arrive. Howe and Chris Wilder are solid coaches who could do a job, and certainly if either was approached then PIF would reveal their project to be slow and sensible.

But if Lampard, Gerrard, and Favre all start to look unlikely then it’s definitely worth a bet on Paulo Fonseca, currently among the outsiders at 34.033/1. Fonseca has been out of work since the summer but a successful time at AS Roma, Shakhtar Donetsk, and Braga made the 48-year-old (until recently) one of Europe’s most exciting young managers. One below-par year at Roma puts him in the bracket Newcastle could attract.