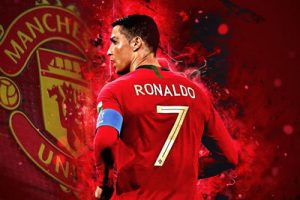 On Monday, January 10th, 2022 without the services of the recently injured superstar Cristiano Ronaldo, Manchester United battled their way to a hard fought 1 to 0 victory over Aston Villa in the 3rd – round of the FA Cup thanks to the early goal score by McTominay.

Scott McTominay came upon a curling cross – kick from his teammate and fellow midfielder Fred with a slanting header during the 8th – minute in order to seal a home game win versus the 2nd – tier Middlesbrough during the 4th – round next month.

Although this win will do very little in order to inspire some confidence among Manchester United’s fans so much so Ralf Rangnick, the interim head coach until the end of the season, is starting to get close to getting the best out of the descending juggernaut of the English football landscape.

Ronaldo was missing due to the fact that he suffered a hip injury in which Rangnick described as “minor,” and Manchester United was partly giving a lackluster performance as their usual attacking force at the Old Trafford Stadium, especially during the 2nd – half as Aston Villa sprang a bunch of attacks upon them.

Aston Villa had a couple of goals disallowed, both of which were for offside offenses, and the Manchester United goalkeeper, David De Gea, was once again his club’s most valuable player in this match as he had a sequence of diving saves preventing goals from the visiting side. Ollie Watkins also struck the crossbar during the 1st – half of play following an error by the Manchester United defender, Victor Lindelof.

This proved to ultimately become a disappointing return to Manchester United’s home stadium for the Aston Villa manager, Steven Gerrard, who was given a quite hostile reception primarily in response to his previous associations with Liverpool which just so happens to be Manchester United’s legendary football rival.

“We had to suffer a lot on the pitch,” the Manchester United center – back, Raphael Varane, proclaimed.

“To say that this was a perfect game, nobody would believe that. Of course, it was not,” the interim manager of Manchester United, Ralf Rangnick, expressed. “We still have quite a few things we can get better at, but a clean sheet was important today and we worked together. Still a lot of things to improve but it is easier to do that with a 1-0 win.”

“He’s told me that he’s had that problem for the last couple of days,” Rangnick goes on to say regarding Ronaldo.“Again, in a cup game when you can play 120 minutes, I thought it would be better to not take any risks.”

The lottery operator in Romania has decided its time to e

After taking us to the Emerald Isle in Gold Party, weR