What we learned in Week Four

Week four was a very good week here at Iron Mike’s football foundry. I had the Packers over the Falcons (and the money was rolling in on Atlanta over the weekend, with the spread dropping down to six at one point) laying seven and advised to go under 56.5. I also hit the under in Seattle/Miami, but only by half a point!

Plus, if you caught our NFL…Only Bettor podcast last week, you’d have had the Chiefs and Pats going under 54 as well. Boy was that a frustrating game to watch if you thought the Pats might keep it within seven, which they should have. But shoulda woulda coulda is the refrain to each verse in a losing bet blues.

We learned last week that the Bills are what I predicted they might be at the start of the season, a clone of the Panthers when Sean McDermott was there: solidly frustrating defensively, able to keep scores down, with a QB who is maturing into a playmaker. The Seahawks, despite allowing at least 300 yards to any QB who can get rid of the ball, are 4-0 and down to 8-1 for the Super Bowl, down from 19-1 when I tipped them as my dark horse. 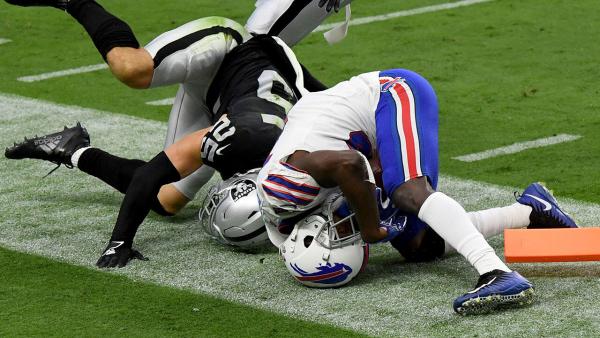 I’m already looking forward to the first Baltimore-Pittsburgh match-up to get a better feel for where those two stand, but of course the Browns are running, and I do mean rushing, up on the outside. And the Niners, well, they don’t need a pandemic to take their players away; injuries are making them an almost-unknown factor week by week.

The Eagles came up with a win against those Niners, for which I won’t blame the injuries as much as a couple of bad plays by Nick Mullens–absent those I think my value bet last week might have paid off.

Now they’re on the road again against a Steelers team that got an unexpected and unwanted bye week because of the Covid-19 breakout at the Titans. So the Steelers are rested and ready, the Eagles are tired and full of injuries, and I can’t see, absent Big Ben turning into Nick Mullens II, the Eagles slowing down the Steelers enough to keep up with them. Smoke and Mirrors won’t work in Steel City.

The over/under on this has moved up slightly, from 44 to 44.5, but if you’re dead keen to play it I’d still consider going over.

This is the best game of the weekend, and I am not convinced that Indy’s offense is good enough to crank up points against the Browns, especially because the Browns’ strength is pass rush, and the Indy receivers won’t challenge the Browns’ secondary as much as some might. The Indy O line is one of their hidden strong points, so that’s the battle to watch.

The real key, however, is whether than fast, containing Indy D can frustrate the Browns, who want to run the ball and let Baker Mayfield play complemtary football. I see this one going under, as a defensive battle; I also think there might be some value in backing the Browns to win getting 1.5 at home.

The over/under on this game was suspended until we learned that Jimmy G was going to be back for the Niners, along with Raheem Mostert, at which point it jumped from 46.5 to 51.5.

I actually think the Niners have been hit harder on defense than offense, and their secondary is not very good; it might be the perfect opportunity for a streaky passer like Fitz to strike a couple of times. However, how good Miami’s D will be at shutting down the Niners is a question: expect Brian Flores to do something like the Pats did against the Rams in the Super Bowl, looking for ‘robbers’ at safety to fill the middle of field to cut off crossing routes. This is a real test for the Fins, but whichever way it goes I think we will see the two teams go over.

The line has stayed steady giving Miami 8.5 points; I think the Niners might not be able to cover that.

Note that the New England v Denver match, is currently off the board as it was moved to Monday night for Covid considerations, and it is still possible it might not be played. Before that happened, the over/under of 47.5 had been suspended while we waited to see whether Cam Newton might be back at QB for the Pats. If the game goes on and a line is offered, I would go under in this one at 47.5 even if Cam is back.

Listen to the latest NFL…Only Bettor below for the latest tips from Mike Carlson, Kieran O’Connor and John Balfe.

Tony Bennett and the

Epatante is the favourite for the Betfair Fighting Fifth

Nashville SC spent big on Zimmerman, as MLS defender of the year has expansion side dreaming of MLS Cup

In the moments after Nashville's 3-0 win on Friday night