Wales got an excellent draw in Prague on Friday but came away disappointed that they didn’t win. Can they take three points in Tallin on Monday?

Dave Tindall says: “I wouldn’t want to be backing Wales at very short prices but there are other ways in. It’s worth noting that they’ve scored six goals in their three away games (one v Belgium, three v Belarus and two v the Czech Republic) so Wales have enjoyed the freedom of the road.

“Wales to match their average and score two (or more) goals is 5/6 although I’d be bit reluctant to go to three or more at 11/4 given those two clean sheets for Estonia in their last two matches.

“I have a feeling that Danny Ward, a confident chap, will bounce back from Friday’s gaffe and keep Estonia at bay. In which case, Wales to win to nil at 13/10 is an option…

“As noted, Wales have scored plenty on the road. But they’ve conceded goals too so the Over/Under market could be a trappy one. For the record, Unders is just 1.715/7 and that means Over 2.5 Goals at 2.35/4 is worth a look.”

Dan Fitch has recommended bets for nine of tonight’s World Cup qualifiers including a wager on a comfortable win for the hosts in Zagreb.

Dan Fitch says: “Croatia have moved from being a team for whom backing both teams to score, was close to being a guaranteed investment, to one that are now very defensively reliable. Their 3-0 win over Cyprus on Friday was their fourth consecutive clean sheet and this looks like another match where it makes sense to back the favourites to win to nil, this time at 2.255/4.”

Germany have made an ominously strong start under Hansi Flick and our resident German football expert reckons they’ll march on tonight.

Kevin Hatchard says: “Germany came from behind to beat Romania 2-1 on Friday, as supersub Thomas Müller grabbed a late winner. It was a pleasing display of determination from Flick’s point of view, digging out maximum points after a superb individual goal from Ianis Hagi had put them behind. There is a clear shape and structure in Flick’s team, and there is competition for places in all areas. Bayern duo Leroy Sane and Serge Gnabry look fit and sharp, while Müller’s knowhow and competitive edge makes him a welcome weapon in the arsenal. 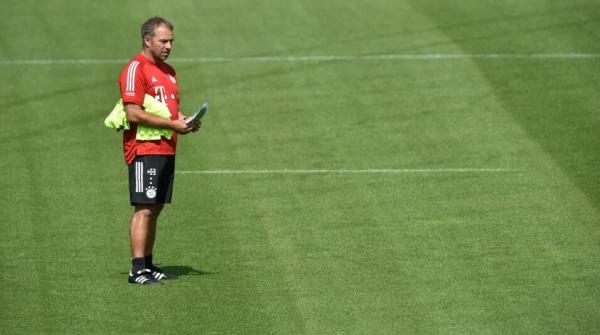 “Since their excellent win in Duisburg and their respectable yet ultimately fruitless efforts at Euro 2020, North Macedonia have lost talismanic striker Goran Pandev, and they are unlikely to go hell for leather here. A point would keep them very much in the race for the playoff spot, so expect a 4-4-2 and a low block to be deployed by coach Blagoja Milevski.

“North Macedonia drew 0-0 at home with both Romania and Armenia in September, and they will dig in and look for another clean sheet here. Germany have the quality and the form to grab another win, but it might take them a while to break the hosts down.”

We finish back where we began as Andy Schooler provides an alternative route to value in Estonia v Wales.

Andy says: “Kieffer Moore will offer plenty of aerial threat and Wales often look to their target man with balls into the box.

“With Estonia having given up just under 17 shots per game so far in the group – a record which puts them among the 10 worst teams in European qualifying in terms of shots conceded – Moore should get chances here, especially when you consider the hosts will be without injured, 87-cap defender Sander Puri, plus two other players due to suspension.

“Given all this, Moore very much looks worth backing at 7/4 for a headed shot on target. He had three headers against the Czechs, one of which was on target. Those three accounted for all Wales’ aerial chances in that game.”